Whitmore heads off into retirement 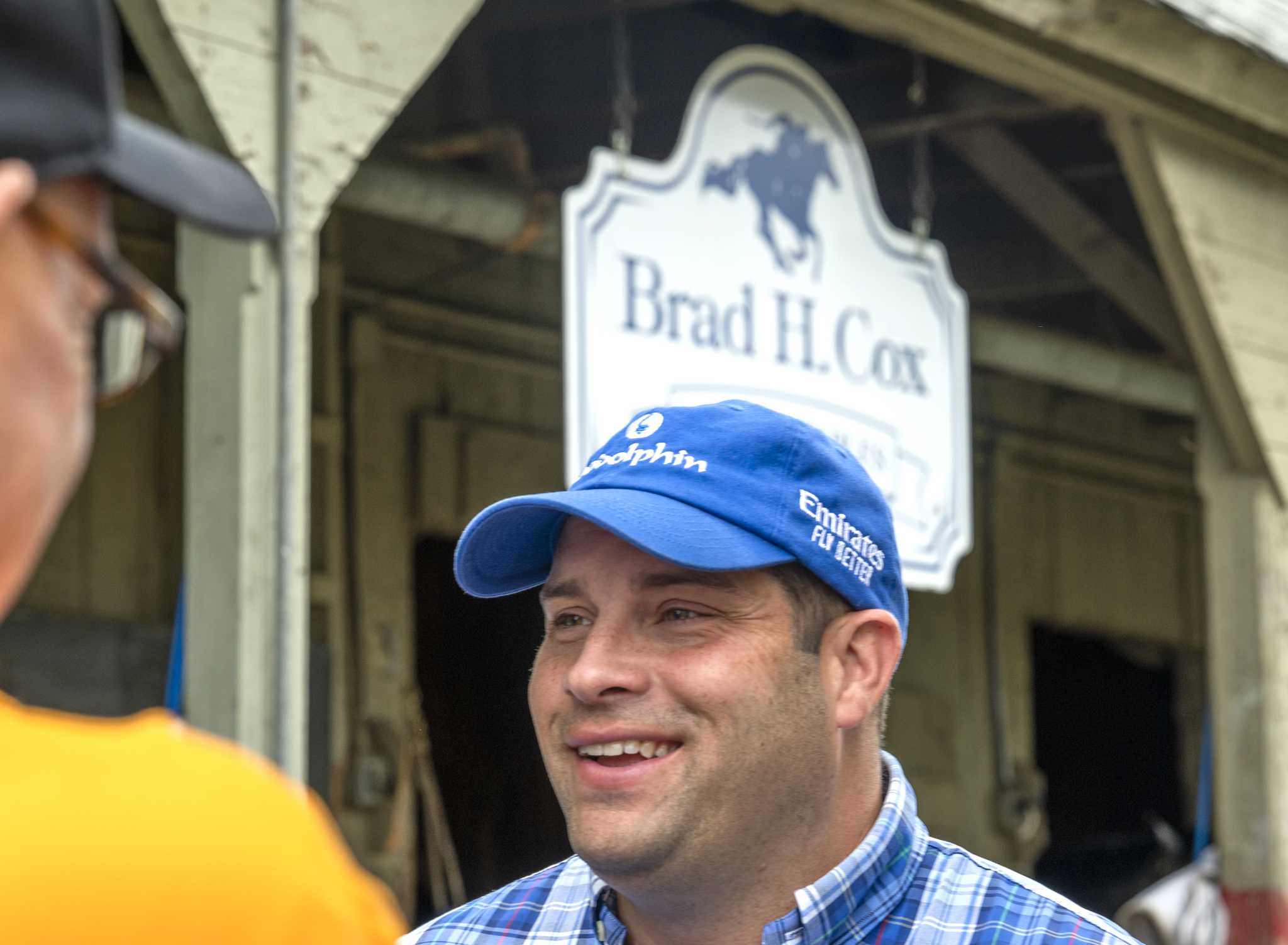 SARATOGA SPRINGS —  Sunday was just like most days for the popular 8-year-old gelding Whitmore.

He held court in his corner stall at the Stakes barn, accepting visitors and being even more receptive to them if they had peppermints. There was one thing different, though. Sunday was the first day that Whitmore was no longer a race horse.

Trainer Ron Moquett announced Saturday that the 2020 Breeders’ Cup Sprint winner would run no more after an injury to his left front leg following his fifth place finish in the Grade I, $600,000 Forego.

Moquett’s wife, Laura, Whitmore’s exercise rider and constant companion, said Whitmore was doing fine. His left front was tightly bandaged and he had no problem putting weight on it.

He was diagnosed with a small fracture at the top of his sesamoid bone. The X-rays were sent to renowned equine orthopedic surgeon Dr. Larry Bramlage at Rood and Riddle Equine Hospital in Lexington, Ky. Late Sunday afternoon, Laura Moquett said via text that Whitmore will head to Kentucky to have surgery.

She is not sure when Whitmore will leave Saratoga. She said she prefers to transport the horse herself in the van and the trip might not be until after the meet ends on Labor Day.

Ron Moquett left Saratoga for Kentucky early Sunday morning. His wife, also his assistant, said Whitmore will stay with them for his retirement days.

“It’s sad that he won’t go to the races anymore,” she said after feeding Whitmore a carrot. “But (the injury) is a small issue and he will be 100 percent sound and fine. We love racing but we love horses before we love racing. As long as they’re fine, we don’t get too worried if they are going to run again or not.”

Whitmore concludes his racing career with 15 wins, 13 seconds and five thirds in 43 starts and earnings of more than $4.5 million. After winning the Breeders’ Cup Sprint last year at Keeneland, he was winless in five starts this year. He was third in the Grade I Alfred Vanderbilt here on July 31 before the Forego.

Letruska likely not going to Classic

After beating fillies and mares in Saturday’s Grade I Personal Ensign, running her 2021 record to five wins in six graded stars, Letruska will most likely stay with her own kind when the Breeders’ Cup rolls around in November.

Trainer Fausto Gutierrez said Sunday morning that he will point his 5-year-old mare to the $2 million Breeders’ Cup Distaff on Nov. 6 at Del Mar, not the $6 million Classic the same day. Letruska has already gained a free ride to the Distaff after winning a pair of Breeders’ Cup “Win and You’re In” races: the Personal Ensign and the Ogden Phipps at Belmont in June.

“She is okay,” Gutierrez said. “She likes to run and she likes to come back and three days later she wants to go again. I thought (Saturday) was one of the most complete races she has ever run.”

Mechanicville trainer Chad Brown got a little closer to his fourth Saratoga title Sunday when he won a pair of races, including the featured $120,000 Better Talk Now, a one mile race for 3-year-olds on the Inner turf.

Brown’s Sifting Sands stormed down the stretch to win the race by a head with Manny Franco in the saddle. Owned by Peter Brant, Sifting Sands was dismissed at odds of 8-1. Dreamer’s Disease, trained by Robertino Diodoro and ridden by David Cohen, finished second at 12-1 odds.

Sifting Sands won an allowance race here on July 28 and went off at odds of 28-1.

“I guess it was because he was such a long shot last time,” Brown said when asked about his horse’s long price in the Better Talk Now.