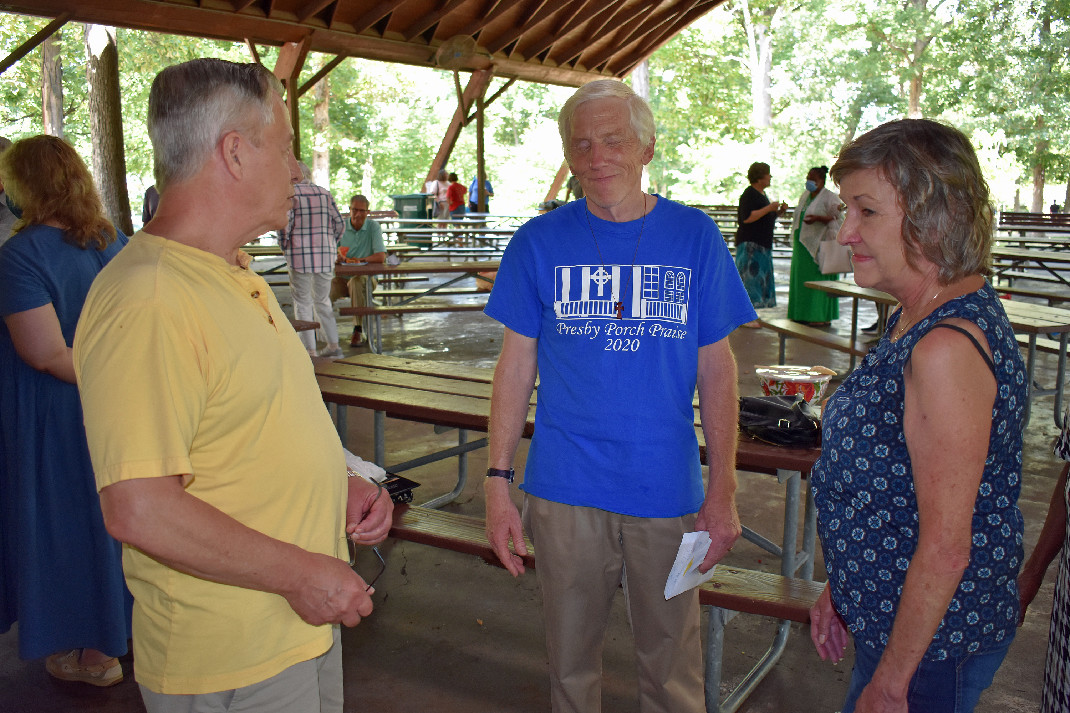 “It’s been a great 21 years with wonderful people and wonderful experiences of getting involved in people’s lives — births, baptisms, weddings, funerals in the same families,” he said.

Many people thanked Henry not just for the work he’s done with the church, but for the personal ministry and help he’s provided to them and their families.

“We’ve been through the best of times and the worst of times (with Henry), and he’s helped us out a lot,” Pattie Burkhardt said.

She and her husband, Larry, said Henry played a part in the lives of all their children, including officiating the wedding of their youngest.

“We were lucky to have him for so long,” Pattie Burkhardt said.

Prior to coming here, Henry was in Greensboro, North Carolina.

After 21 years at the church, Henry and his wife, Jackie, plan to retire to a 1-acre plot near Boone, North Carolina. There, he plans to get a couple goats and serve a small mountain church part time, he said.

The church held a chicken dinner in his honor Sunday afternoon at the Memorial Park Pavilion.

Melissa Manda said he’s always been a “gentle shepherd” who has looked out for congregation members.

“You know how you know there’s always someone out there to care for you?” she said.

She cited one time in which a group from First Presbyterian was on a mission trip, staying at an inner-city church in Atlanta. Henry slept across the door from where the ladies were sleeping to make sure they stayed safe.

Henry said he’ll mostly miss the people at the church, but he’ll always take part in the church’s support for international
missions.

“We have a very strong international mission on four continents,” he said. He’s been to all four: Peru, South America, Mali, Africa; Nepal, Asia; and in the Hungary/Ukraine area of Europe.