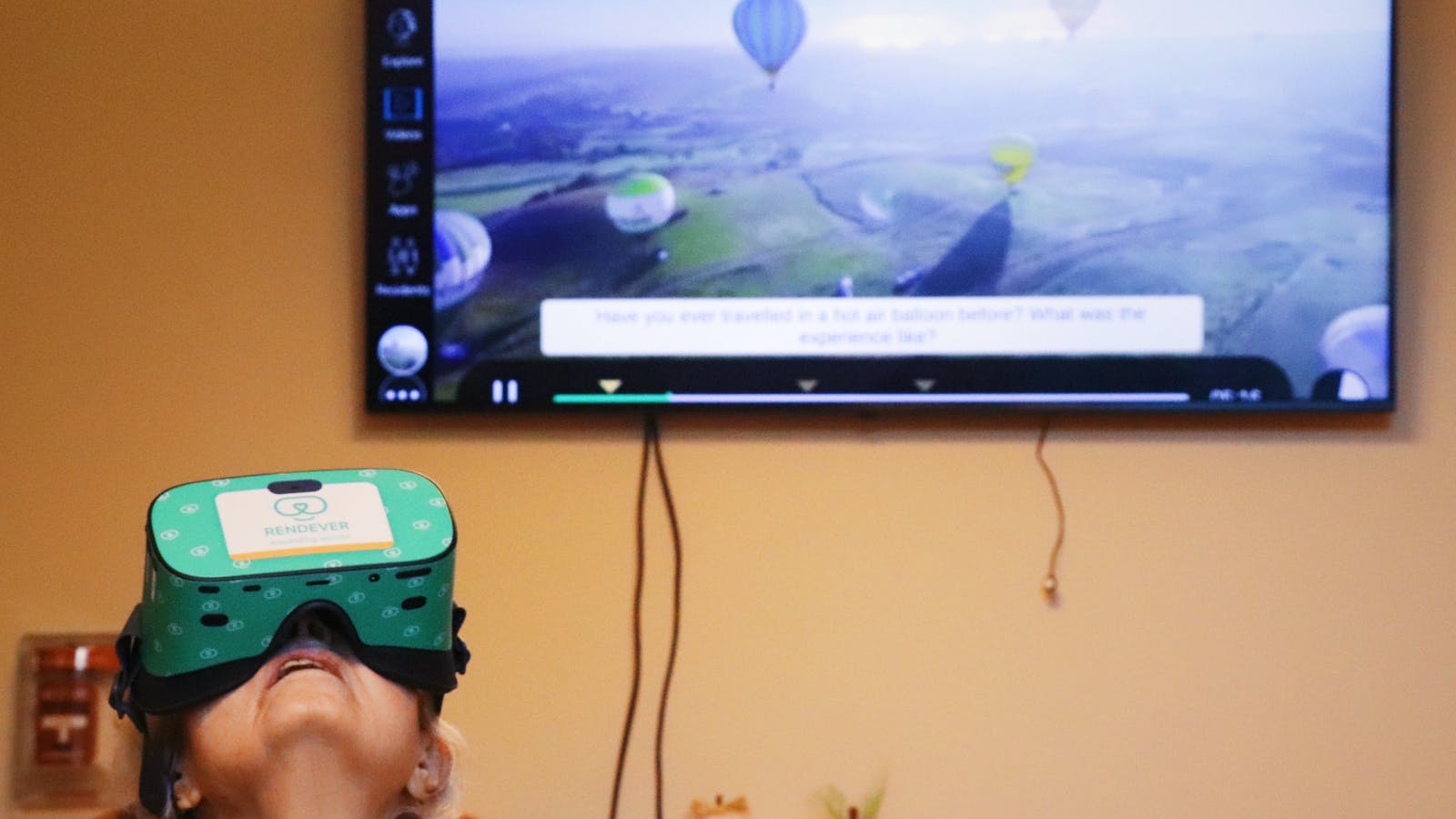 Kay Koons, 89, is in a blue raft rushing down whitewater rapids in her blue Hawaiian shirt.

Moments later, she’s in a hot air balloon floating over Portugal. She’s quiet, glancing up and down at the surrounding entourage of multicolored balloons. Her occasional giggles blend with chirping birds. It’s calming, she jokes, as long as you don’t hit an electric wire.

Thanks to technology, Koons doesn’t have to move an inch.

Virtual reality technology is captivating residents at the Oak Hammock Retirement Community at UF, located at 5100 SW 25th Blvd. By way of virtual reality goggles, residents can skydive and travel back in time to scenes from their weddings.

The experience expands the horizons of all residents — the bed-bound feel motion once more, the restless dementia wanderers are calmed, and the lonely feel connections.

Oak Hammock partnered with Rendever, a virtual reality platform, to offer a 360 immersive experience that transports residents anywhere they want to go. The residents can connect with others, stroll down memory lane or check items off their bucket lists. The community is now equipped with six headsets and two streaming tablets. Other residents can participate by watching the television screen to view what the user is seeing.

For Koons, her favorite part of the technology is reliving experiences that mean a lot to her.

The technology can function like Google Earth; it allows users to type in destinations across the world.

After she put on a headset, Koons was back at a brick home in Maryland. She noticed a short chimney and winding sidewalk. The garden bushes are different now, but Koons knows those bricks — she lived within them for 50 years.

“That’s it,” Koons said. “Makes you feel like you’re right there.”

Even though she moved to Oak Hammock in 2004, she doesn’t miss her old home too much.

“You’ve got to be happy where you are,” Koons said.

Enjoy what you’re reading? Get content from The Alligator delivered to your inbox

Chrissy Smoak, Oak Hammock’s life enrichment manager, said the program is one of the most rewarding experiences she has participated in.

She said after learning one of her residents recently lost her husband, she strapped her into the headset and took her on a trip to the church the resident got married in. In an instant, her past came flooding back.

“It just brings you goosebumps,” Smoak said. “To see people have tears over memories, you just can’t help but be touched by it.”

Because the COVID-19 pandemic limited visitation, she said the staff got creative to find ways to keep residents connected.

The technology has been successful even in the memory care unit and for some residents who experience sundowning, or increased confusion at dusk for Alzheimer’s patients, Smoak said.

Sometimes they have off days and down moods, she said. But with the goggles on, they’re made calm, which helps with behavioral aspects.

“It’s really an amazing thing to see how it turns people’s day around,” she said.

Smoak said one of the nonverbal residents perked up after watching farm animals through the goggles.

“Did you see that goat?” the resident repeated, according to Smoak.

For the geriatric population, it’s an amazing thing for people to remember and see where they got married or a home they grew up in or the college that they went to, Smoak said. Some residents in their 90’s have told Smoak seeing the Aurora Borealis has always been on their bucket list, and they could check it off of their bucket list just by doing it this way.

Oak Hammock is looking forward to implementing personal profiles for residents’ families later on. Families can upload videos and pictures of a resident’s personal life, files of great grandchildren and birthday parties or marriages the resident may be unable to attend.

After a few introductory sessions, Koons is just getting started. She said she’s writing up her own destination bucket list.

“Amazing. It’s amazing,” Koons said. “I just can’t believe what they can do.”

The Independent Florida Alligator has been independent of the university since 1971, your donation today could help #SaveStudentNewsrooms. Please consider giving today. 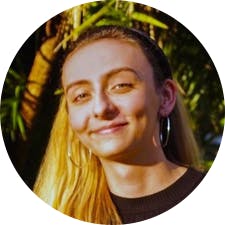 Alexandra is a senior journalism major reporting on Science/Environment for The Alligator. Her work has appeared in The Gainesville Sun, and she filed public records requests for the Why Don’t We Know investigative podcast. She has a passion for the environment.