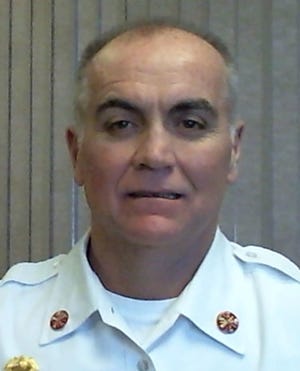 Upon his retirement, scheduled for Feb. 10, 2022, Knitter will have served 38 years at the South Milwaukee firehouse, the past 10 as its chief. He told the council his decision was not easy because he loves his job. He also praised the council for their support throughout his career.

“I have 4 ½ months before my departure day to say my goodbyes, but individually and collectively I want to thank the council for its support of me and the fire department,” he said. “Our department is second to none. I see it across our region, the state and the country. I could not have been a success without this kind of support.”

In a separate action, the council also approved spending up to $20,000 to aid in a nationwide search for Knitter’s replacement.

Over his career, Knitter served under four South Milwaukee mayors. Current Mayor Erik Brooks thanked Knitter for his service to the community, adding it was a bittersweet day because Knitter will have an opportunity to continue his life and do good things, but South Milwaukee will lose leadership that has taken the department to new heights.

RELATED:Former Milwaukee Police Chief Alfonso Morales has been selected as the next Fitchburg chief of police

The council shared the mayor’s sentiment, collectively agreeing that they will miss Knitter’s courageous, compassionate and community-minded leadership. Ald. Peggy Clark said one of her favorite memories working for the city involves Knitter.

In 2012, when she served as president of the police and fire commission, the commission voted Knitter in as the new leader of the fire department. It was Clark’s job to inform him of the vote.

“I called and when he answered the phone, I said ‘Hello, Chief Knitter.’ It is still one of my very favorite memories,” Clark said.

Knitter began his career in South Milwaukee in 1985. He was the department’s training officer for over 13 years and served two terms as president of the Milwaukee County Fire Training Officers. Knitter also teaches the State Certification Program for fire service training at Milwaukee Area Technical College. He is also scheduled to retire from that position in 2022.