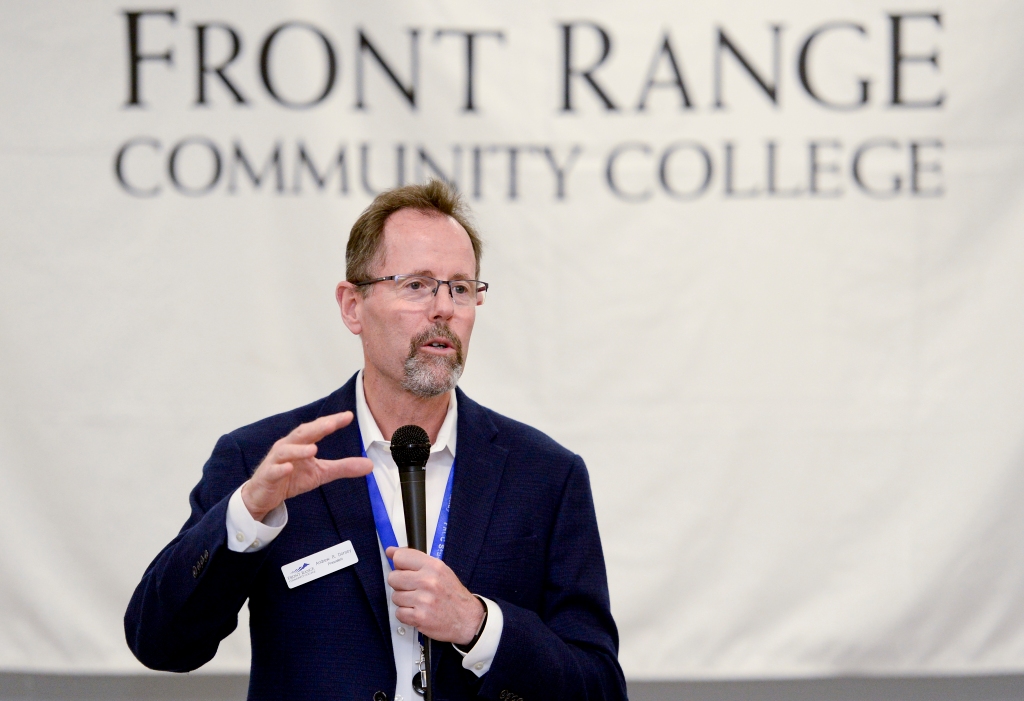 Front Range Community College President Andy Dorsey will retire at the end of June, the community college system announced Wednesday, closing the book on his 29-year career with the system and 13 years as president.

Dorsey, who is 64 years old, said the pandemic did not speed up his retirement timeline.

As he started thinking about the projects he wanted to embark on this year, Dorsey said, he realized many of them would take three years or longer to complete.

“Once I realized I probably wouldn’t work that long, I realized it was important to give somebody new the chance to come in and tackle long-term initiatives,” he said.

“Andy has been an incredible asset to the college, to its students and to the community. We are grateful for all he has done, in particular for his devotion to improving the learning environment for students through student services, capital improvements and new academic programs,” Garcia said.

Looking back at his career, Dorsey said he’s proud of how the college system has grown its online offerings — from 4% of coursework online in the late ’90s to 25% of coursework online now — as well as developing robust partnerships with high schools, businesses and industry groups, including through the Center for Integrated Manufacturing at the Boulder County campus.

Most recently, Dorsey said, he’s proud of the way faculty and staff responded to the pandemic by switching to all online courses while keeping the rate of students passing classes steady.

“I am frustrated that community colleges in Colorado and across the country don’t receive the funding we need despite the fact that we educate students who probably need the support the most, and I do think that’s an equity issue,” Dorsey said. “In the long run, I think we have to look at the community college model and reliance on instructors and find ways to pay more of a living wage to instructors.”

It’s too soon to say whether he’ll stay involved in higher education after retirement, Dorsey said, or to really predict what he’s doing after his final day on the job in June.

“If I had one thing to say, it’s that we have gems in our community college system who do great work, and I hope more people will recognize that,” he said.