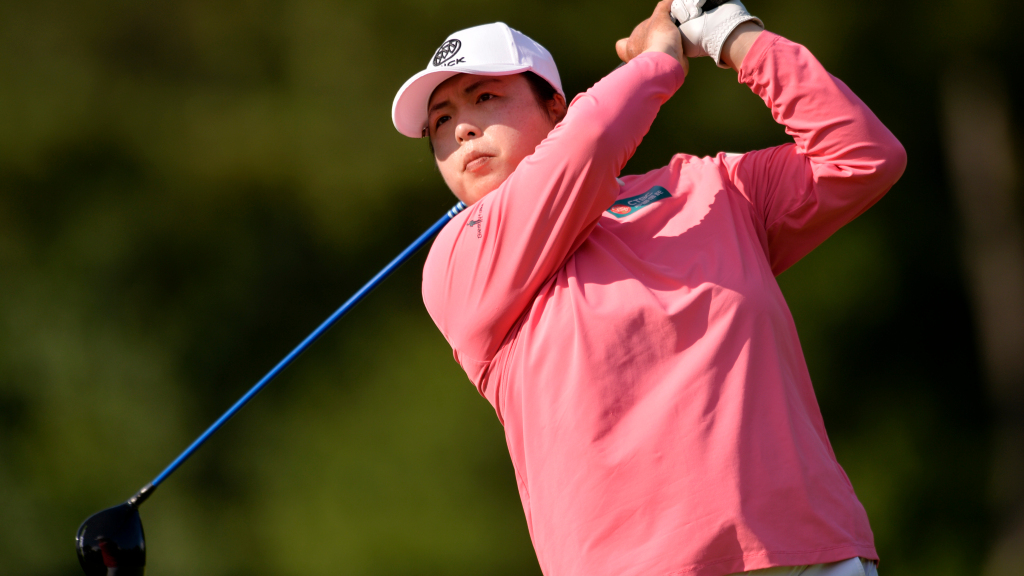 JOHNS CREEK, Georgia – Shanshan Feng isn’t quite sure what she’ll do after the Tokyo Olympics. That very well might be her swan song.

After missing the cut at the KPMG Women’s PGA, Feng headed to China to prepare for the Summer Games. She’ll quarantine for two weeks before heading over to Tokyo with the Chinese Olympic contingent. Feng, 31, won the bronze medal at the Games in Rio.

“I’ll think about it after the Olympics, or maybe during my quarantine,” she told Golfweek after Thursday’s round. “I have a lot of time to think about it.”

One of the LPGA’s most unique characters – known for her fantastic sense of humor and cow-print pants ­– Feng blazed a trial when she became the first player from China to secure an LPGA card in 2008. She’s won 10 times on the LPGA, including the 2012 KPMG Women’s Championship (then known as the LPGA Championship) and rose to No. 1 in November 2017, staying there for 23 weeks. She has 18 top-10s in 57 starts in the majors.

Feng told instructor Gary Gilchrist from the start that she’d like give it her all for 10 years on the LPGA and then move on. The Olympics changed that timeline, and it was pushed back even further due to the COVID-19 pandemic. Feng took all of 2020 off, returning in March at the ANA Inspiration where she tied for third.

“Her swing is better than ever,” said Gilchrist.

Mercer Leftwich has been on Feng’s bag since 2011 and believes that a lot of Feng’s success comes from her confidence. She’s also not one to overwork.

Leftwich jokes that if Feng leaves the tour for too long, he’d fly over to China and bring her back.

Feng played the first two rounds at Atlanta Athletic Club with Anne van Dam, and said that she was routinely 50 to 60 yards behind her.

“The traveling and jet lag,” said Feng. “Physically, body-wise, it’s just getting there.

“I don’t know what would push me to try to work real hard, work out really hard, to try to gain 20 yards.”

Gilchrist would respect any decision that Feng makes, of course. But he knows what she means to the LPGA and specifically golf in China.

Feng said that in 2015, before the Rio Games, the number of juniors who had registered with the CGA to play in a tournament was around 3,000. That number, she noted, has since grown to around 100,000.

Most back home didn’t know what a major title was when she made history in 2012.

The bronze medal, however, resonated loudly.

Feng has not only inspired the youth in China, she’s also a mentor for those already in the professional ranks.

LPGA player Xiyu “Janet” Lin has known Feng since the first day she went the range because it was Feng’s father who introduced her to the game.

“I know her when she was 17, and she know me when I was 8,” said Lin. “It’s so nice to have a big sister like her because, obviously, when I joined the tour, she’s already been out here, and it’s a major winner already.

“She’s always so open for anything, like I can ask any questions, and she always gave the best advice.”

Gilchrist said Feng’s presence has been invaluable to those coming behind her.

“You can talk to many people,” he said, “but how many people can you really listen to? She’s one they listen to.”

While she’s celebrated back home, Gilchrist believes that, in time, as golf becomes more well-known in China, Feng’s star will only get brighter – regardless of whether or not she plays.

“They still don’t realize what she’s really done in the game,” he said.

“She is unique. She’s like Laura Davies of Chinese golf – she does it her way.”