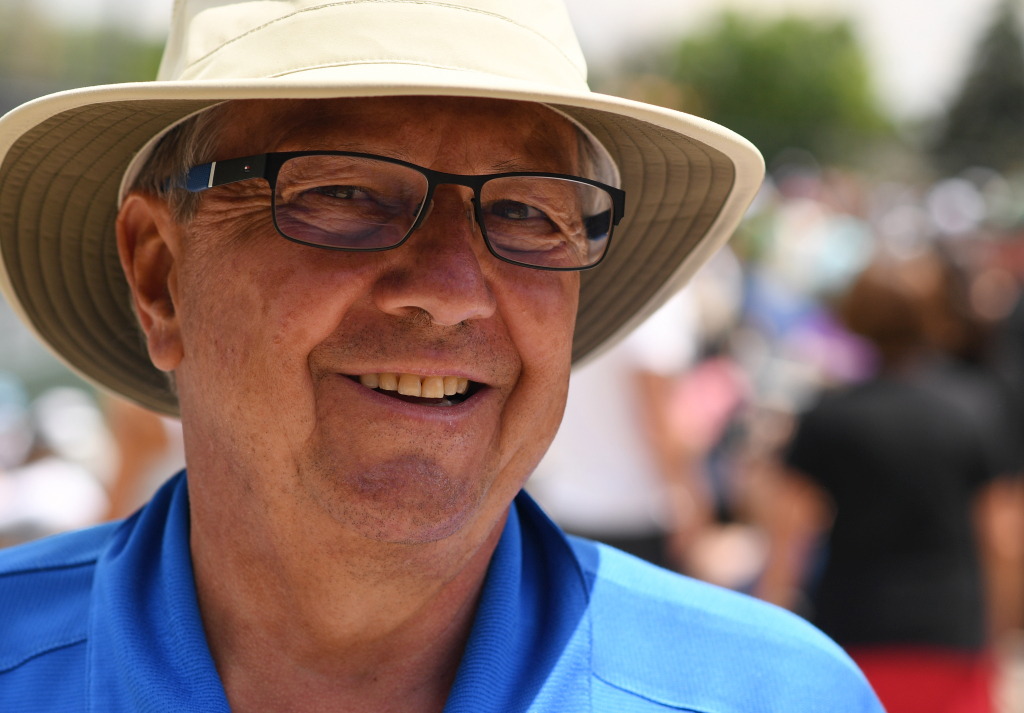 LAKEWOOD — Remember when high school kids swept the McNichols Arena floor in tuxedos? Bert Borgmann was behind that.

The high school football championship being moved to where the Broncos play, the creation of the CHSAA Hall of Fame and the expansion of youth baseball in the state? Yeah, Borgmann had a hand in those things too.

Now, after 33 years and one month as a CHSAA executive, as well as a few years as a student-athlete at Broomfield High in the 1970s, Borgmann’s prep career is near an end. He will retire from his position as assistant commissioner, overseeing gymnastics, softball, basketball, baseball, and the Hall of Fame, at the end of the month.

“My focus has always been about providing opportunities for people that they can share,” Borgmann said here Friday at the Class 5A baseball state title game. “It’s been a wonderful career because you impact lives with the decisions you make. I helped grow sports.”

Borgmann was part of Colorado State’s sports information department long ago, and later worked at Northern Colorado. He grew up in Colorado and plans to spend his retirement in Colorado.

“I have a real affinity for Colorado sports history,” Borgmann said. “I started the CHSAA Hall of Fame with one of the former commissioners. That itself is one of the best things that I’ve ever been involved in.”

Borgmann helped reunite the 1929 Joes High School basketball team in 1989. The famed boys from Joes were a small town hoops team with half the male student body on the roster. Not only did they win Colorado’s title, they went on to the national finals in Chicago. All but two were still alive for their 60th anniversary.

“It’s really a great microcosm of the history of small-town Colorado athletics,” he said.

Borgmann was on the sidelines when Chauncey Billups dribbled at George Washington. He organized prep baseball when Kyle Freeland, Mark Melancon and Roy Halladay threw from their backyard mounds.

And fittingly, one of Borgman’s final events was Friday’s 5A state baseball championship, which has been one of his babies for about 25 years.

His retirement mission sounds similar to the job he has done for so long.

“There’s no plans to move out of Colorado,” Borgmann said. “There’s a lot of Colorado and its historical value in the country that I haven’t explored yet so I want to try and do some of that.”