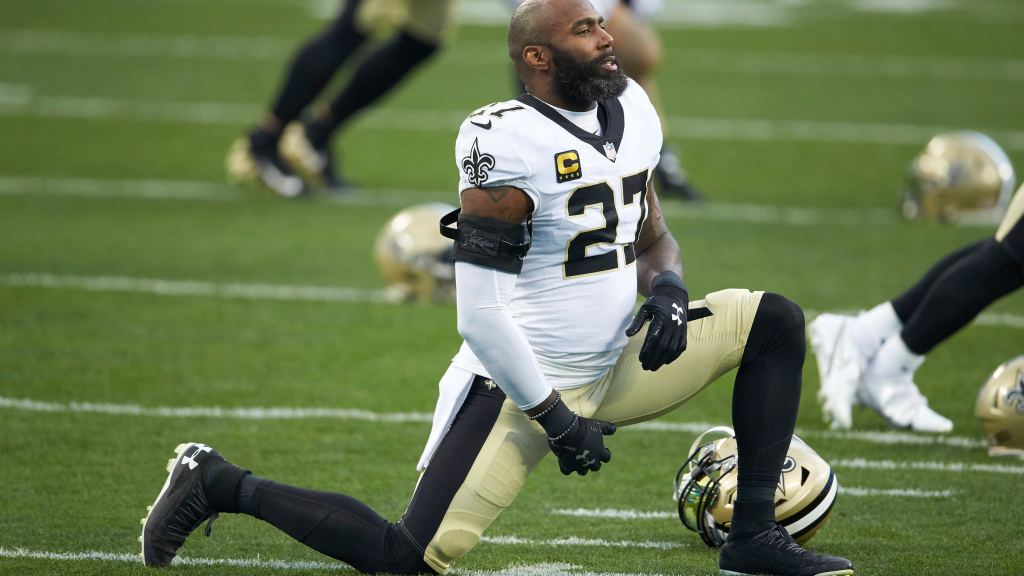 What’s next for Drew Brees? The New Orleans Saints quarterback is expected to retire after one of the most storied careers in NFL history, but he hasn’t made a public decision just yet. And even his fellow captains in New Orleans aren’t sure if he’s quite ready to hang up his cleats.

Or if they do know what Brees is thinking, they aren’t about to spill the beans. Malcolm Jenkins, the team’s 2009 first-round draft pick who re-signed with the Saints after six years playing for the Philadelphia Eagles, was recently interviewed on “The Rich Eisen Show,” where he spoke was asked whether he believes this is it for Brees. Jenkins declined to speculate or confirm anything, instead sharing his perspective on where Brees stands at this point in his career.

“What I have seen and I can understand, is that Drew’s body is getting tougher and tougher for him to finish these seasons,” Jenkins said carefully. “When you get older as a player in this league, you really just are here for Sundays. It’s not the offseason, it’s not the training, it’s not the practice, you are here to compete on Sundays because that’s what we love to do as players.”

The injuries have racked up for Brees. In 2019, a torn ligament in his throwing hand sidelined him for five games. He missed four more weeks in 2020 after breaking 11 ribs, puncturing a lung, while also managing a rotator cuff issue and damaged plantar fascia, per an Instagram post from his wife Brittany.

“And when you get hurt and you’re in the training room as much as he’s been,” Jenkins continued, “that’s not why we’re here. To rehab and go through all those things, where you’re not playing. And he’s missed significant time these last two years,” he finished.

Jenkins added that everyone knows Brees’ retirement is close: either this offseason or the next. There’s plenty of factors for Brees to consider beyond his own personal health, like his growing children and the extra time he could spend with them away from football. His social media pages are filled with moments he’s shared with his family.

Another thoughtful point he added is that few players get to leave the NFL on their own terms, while it seems Brees will. That’s a sentiment echoed by Saints general manager Mickey Loomis, who has said the team will wait for Brees to reach his own decision on whether to return for one more title run or retire.

As for Jenkins himself: he acknowledged that he’s entering the late phase of his own career, adding that he’s grateful to have enjoyed so much good health in recent years. He’s one of the longest-tenured players on the Saints roster with a dozen seasons’ experience, tied for second place with Thomas Morstead and Jared Cook behind Brees (20). If Brees retires, Morstead and Cook could also leave as salary cap cuts. There’s a real scenario where Jenkins is the last man standing from that group of elder statesemen in New Orleans.