“On Saturday, Jan. 30, Robertson County Schools received word that a respected and beloved member of the RCS family had passed away,” the district announced Sunday evening. “Stephanie Dawn Mason died peacefully in her sleep the night before (January 29), leaving a loss to family, friends, and co-workers that simply cannot be measured. The cause of Mason’s death has not been released.

“Her life was characterized by giving…..giving of her time, her wisdom and her heart, and no one who knew her in any measure was unaffected by that unselfish spirit. Her passing, just 30 days after her retirement from RCS, leaves a legacy of servanthood that few exhibit. The sense of loss is inexpressible. In the words of Queen Elizabeth II, “Grief is the price we pay for love.” Stephanie Mason was dearly loved and will be deeply missed.

Director of Schools, Dr. Chris Causey, expressed the shared grief of those who knew her saying simply, “We have lost Ms. Stephanie Mason, and I truly have no words. She was a constant professional, humble leader, and a great friend – a best friend. The district’s collective heart is breaking asking ‘why’, and in a profession where we like to have answers, this one eludes us. Please hug your family and friends and tell them you love them.” Stephanie Mason was dearly loved and will be deeply missed.

Mason’s retirement story (attached below) ended with an appropriate summation of her career. It is now an even more appropriate and poignant summary of her life. “Thank you, Ms. Mason, for the lives you’ve touched, and challenged, and enriched.” Mason’s last day was on Dec. 31, 2020.

After graduating from Middle Tennessee State University, this lifelong Robertson County resident began her career with Robertson County Schools in the fall of 1988 as a special education teacher at White House Elementary. She continued her teaching career at Robert F. Woodall when the school opened and later served there as assistant principal. Her last two years in school administration were spent at H. B. Williams where she also held the role of assistant principal.

After spending 16 years in schools, Mason moved to the district central office in 2004 where she served as Supervisor of Federal Programs for 11 years. In 2015, she was named as the district Assistant Director, a position she had previously held along with Donna Dorris in 2012. “Ms. Dorris and I were asked to serve in this capacity for three months while we also maintained our other supervisory roles. Those three months turned into the entire year. We put in a lot of hours that year, but both reflect on it as a most rewarding time.”

Dorris reflected on the opportunity of being co-assistant director with Ms. Mason. “It was an adventure for both of us. We became close friends and still continue to be friends to this day. I relied on her judgement, admired her passion for students, and her commitment to being an educator. I will miss working with her and our daily dose of good trouble.”

When asked what, if anything, led her to a career in education, Mason said she always liked school.

“I had a lot of excellent teachers that I admired, and I had a family that valued education and the importance of it. I just naturally leaned in that direction.” Through her career, she enriched her resume with two master’s degrees, one from Austin Peay and one from Vanderbilt, and an Education Specialist degree from Tennessee State, as she continued to expand her education.

“The first half of my career was in the classroom,” she said. “I still have lots of good friends from those days. It’s most rewarding, though, that I still have students that contact me, and I still have students’ families who are in touch with me. It is a gift to know that your former students are doing well as adults and that they remember their time with you in a positive way.”

Referring to those relationships, longtime colleague, Jo Anne Taylor said she’s never seen any other person more dedicated to her calling. “Parents and students from the late 80’s on, still keep in touch with her,” said Taylor. “She’s kept track of kids over the years, herself. In all my time working with her, I’ve never seen her have a private lunch to herself. Her first interest was always her students, and that included the sacrificing of her own time. It’s like she was available to students and colleagues alike 24/7.”

Talking with anyone in Robertson County Schools who served during her three-decade tenure, will elicit memories, anecdotes, recollections and experiences as a result of this remarkable educator. All speak to the character of one who’s departure has left large shoes to fill.

In the words of James Marshall, Supervisor of Technology, and long-time colleague, “I just respected her.”

Aptly describing her as one having a disciplined work-ethic, Marshall said, “I’m happy for her, but it hurts to lose her. She not only had the training required for her career, she also had the wisdom and seasoning to do it in a way that was both completely professional and completely personal at the same time.”

The loss of her input and presence in RCS will be felt for a long time.

Mason, for her part, credits those around her for a very fulfilling career.

“From my first teaching assignment to my last role in the district office, I have been very fortunate to have served under administrators who encouraged and mentored me. I have also been surrounded by supportive colleagues. I truly enjoyed working with all the folks around me and together we were able to accomplish many things.”

As for advice to new teachers or new administrators, Mason said, “I think the advice would be the same for teachers and administrators. You have to understand it is your responsibility to be a continuous learner. There should not be a gap between what research tells us is best practice and what happens in our schools. The situations that are the most challenging are the ones where you are needed the most. The people with whom you work, children and adults, have to know they can trust you. They need to be able to trust that what you say is correct and factual – whether it is content in the classroom or district policy matters. They need to trust that you are going to do what you say you are going to do, and they need to be able to trust you with confidential information. Basically, know your stuff and treat other people the way you want to be treated and the majority of the time things will work out well.”

Director of Schools, Dr. Chris Causey, summed up her character, her career and her legacy saying, “Ms. Mason is the epitome of humble leadership. There are many who claim this style, but only a few live it every day. The thousands of students who have come through Robertson County Schools are better because of her belief that all students matter and can be successful.”

“Robertson County Schools….and Robertson County, are enriched because of Mason and her selfless devotion to others through education. She taught more than just by academics. She taught by example. Thank you, Ms. Mason, for the lives you’ve touched, and challenged, and deepened.”

As soon service information becomes available, we will bring it to you. Reload this page for updates. 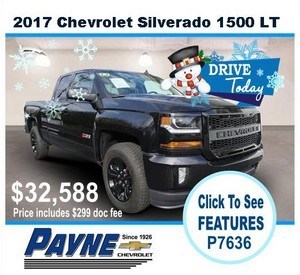