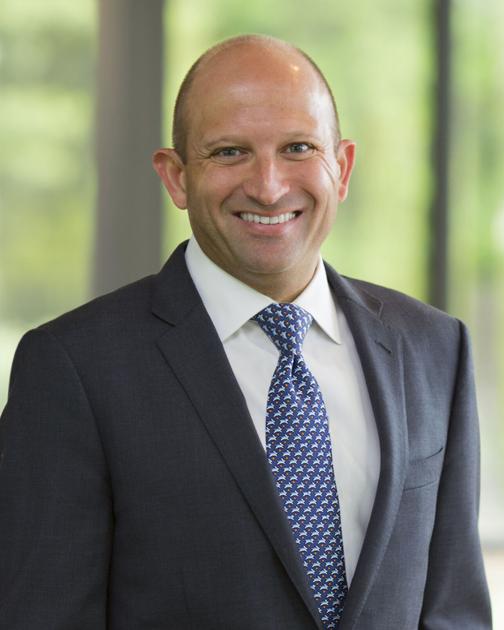 Emerson (NYSE: EMR), a global technology and industrial software leader, today announced Chief Executive Officer David N. Farr will retire on Feb. 5. Lal Karsanbhai, who has served as executive president of the company’s Automation Solutions business since 2018, will become the new CEO of Emerson and join the board of directors. Karsanbhai has led Automation Solutions to strong performance, elevating Emerson’s software profile and digital transformation business.

Lal Karsanbhai will become the new CEO of Emerson and join the board of directors. (Photo: Business Wire)

Farr, who was named CEO in 2000 and chairman of Emerson’s board of directors in 2004, will remain as chairman through May 4. Over his two decades at the helm of the $16.8 billion global company, Farr has led Emerson through multiple strategic evolutions to grow the company’s global footprint, stay ahead of changing market conditions and advance the organization’s capabilities and competitiveness on the worldwide stage.

“David is a tremendous leader who has brought the company through difficult times – 9/11, the dot-com bubble, the Great Recession and now a global pandemic – with conviction and an unwavering belief in the strength of Emerson,” said Clemens A.H. Boersig, lead independent director of Emerson’s board. “Emerson has a long history of strong leaders in the corner office, with David being just the third CEO in the last 66 years. We wish him the best in his retirement and are grateful to have his expertise in the coming months as chairman of the board.”

Under Farr’s leadership, Emerson has transformed from a components manufacturing company to an industrial software leader with a singular purpose uniting nearly 85,000 employees: “We drive innovation that makes the world healthier, safer, smarter and more sustainable.” Farr built on the company’s longstanding disciplined management strategy, making it one of the few companies to increase its dividend to shareholders for 64 consecutive years.

Additionally, Farr has been a fierce champion and sought-after voice for manufacturing. He served as chairman of the board of the National Association of Manufacturers from 2017 to 2019, working on Capitol Hill to advocate and advance initiatives that would build industry in the United States. Farr serves on the board of directors for the US-China Business Council and has been a member of the board of directors of IBM since 2012. He and his wife are highly committed to the St. Louis community, and Farr currently serves on the executive board of the Municipal Theatre Association of St. Louis (The Muny at Forest Park). He has also served on the boards of directors for many nonprofits and educational institutions, including the United Way of Greater St. Louis, and is an active supporter of Forest Park Forever.

Farr joined Emerson in 1981 in a corporate staff position and progressed through corporate and business unit management positions with increasing responsibility before being appointed president of Emerson’s Asia-Pacific operations in 1993. After four years in Hong Kong, Farr returned to the United States in 1997 to oversee Emerson’s process control business. He was appointed chief operating officer in 1999, a position he held until being named CEO.

“I have had the opportunity to work alongside Lal during his 25-year career at Emerson and have observed his strengths and proven skill as a seasoned leader with a deep understanding of both business operations and the markets we serve,” Farr said. “The board of directors has been actively engaged throughout our five-year succession process, and we are confident Lal is well-positioned to continue building on Emerson’s legacy of success.”

Karsanbhai, who is currently a member of Emerson’s Office of the Chief Executive, leads a business with $11.2 billion in global sales in 2020. The Automation Solutions business offers advanced technologies, software and services to process, discrete and hybrid businesses in industries that include life sciences, power, energy, food and beverage, and water and wastewater.

“I am humbled by the Emerson board and David’s confidence in me,” Karsanbhai said. “This is an exciting time for the organization as we continue growing Emerson’s global software footprint and expanding the company’s support of essential industries. I am honored to carry the legacy of Emerson’s leadership into the future and look forward to working with the Office of the Chief Executive to drive these vital goals.”