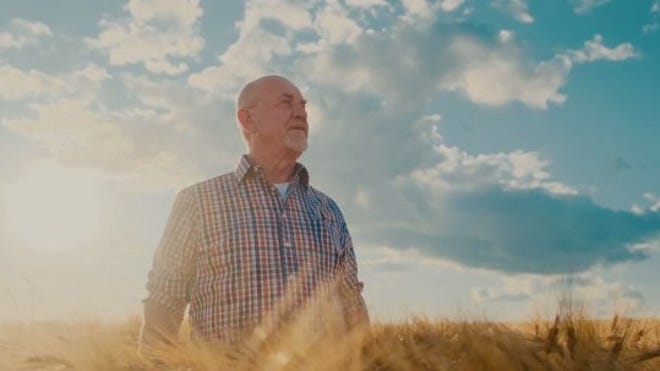 Long before “the R word” was even in John Joven’s professional lexicon, this former New York City teacher and principal wanted to leave metro living in his rearview mirror. Although he and his late wife, a university professor, weren’t ready to retire, they craved a less-frantic lifestyle and more open space.

“We had enough of that city life and wanted an escape,” Joven says. After looking along the New Jersey shore, they expanded their search to Rhode Island, and in 1983 purchased what he calls “the worst house on the best street that we could afford.”

Initially, they planned to spend weekends and summers in their Middletown home while they continued to work in New York. During their visits, they took advantage of all that Newport County has to offer, enjoying hiking trails, the beach, great restaurants and events. When it came time for Joven and his second wife, Celia, to find a permanent place to retire, the couple looked elsewhere, but couldn’t find anything that suited them better than Newport.

Is Newport an affordable place to retire?

When individuals are looking for a place to retire, affordability, quality of life, proximity to family and access to health care are top priorities. Based on those criteria, Newport County is a show-stopping retirement haven, with its activities, beautiful scenery, walkability and culture.

Its high cost of living is the foremost deterrent, however. While Joven could afford to overlook that in favor of quality of life, expense drives many away from our coastal shores. WalletHub reports that Rhode Island ranks 46th in the nation (that’s fifth worst) for retirement destinations, because its real estate, utilities and transportation are expensive. The Ocean State also taxes social security and pension income, withdrawals from retirement accounts, and estate inheritances, which may lead retirees to move elsewhere to maintain financial solvency during nonworking years.

“For affordability, Rhode Island is not the best place to retire. If it’s about the money, Florida has it beat hands down,” says chartered financial analyst Richard Bauchspies of the Burney Company in Portsmouth. “There is no [state] income tax in Florida, and Rhode Island has awful income tax. Florida doesn’t have estate tax and Rhode Island has an awful estate tax. But it boils down to people wanting to retire somewhat near their family, so that locks them in Rhode Island.”

Median house prices:Newport County housing stock may hedepleted within the next 1.2 months

While lifestyle may determine one retiree’s decision, affordability may determine another’s. We live in a beautiful area and pay for the privilege — otherwise we could live elsewhere for half the price, says Scott Fulton, president of Home Ideations and chairman of the National Aging in Place Council. Ultimately, there is a lot more to that choice than cost savings.

Real estate, for example, dominates a hefty portion of retirement expense. Housing prices have skyrocketed here, and people can get more for their dollar elsewhere, which might force locals to relocate for retirement — including teachers and firefighters, whose pensions may go further outside Rhode Island, says RE/MAX real estate agent Edith Cushing.

Moving or downsizing to a smaller property might not even solve financial issues, Cushing adds. She and her husband, fellow Realtor Sean McElroy, are selling their large home to downsize into a more manageable property in retirement. But since demand here has surpassed supply — especially with increased interest in rural living while working remotely — pricing for smaller homes has caught up with bigger ones.

“We are a large second home community, which is not helpful for retirees and workers, because they are competing with deep pockets, rather than money that is trying to be saved,” Cushing says. “But it varies on income level. If [locals] are on a fixed income, they’re leaving this area because they might not have enough money to retire here.”

Taking care of that property is another key expense and stressor. Luckily, Newport County has a plethora of service-oriented providers, from landscapers to electricians, plumbers and other contractors — even elder law attorneys and accountants. Fulton recommends establishing a relationship with trustworthy businesses in advance, so that you have someone to call on who knows you if you ever require their assistance.

“If you want to stay in your home, you will need these services. It’s really a gentle phasing-in plan that creates freedom and gives you far more confidence in having a network around you,” Fulton says. “If you live in denial, you’ll get what’s left over when the time comes, you’ll probably pay more for it, and you’re also more at risk of being taken advantage of.”

This approach also applies to health care. Rhode Island’s booming system is ranked ninth in the nation, according to U.S. News & World Report. Newport Hospital offers gerontology and emergency services, with satellite offices providing convenient care. But if the COVID-19 crisis taught us anything, it’s that systems can weaken if too heavily burdened, so it’s best to have your health care team and long-term care strategy lined up in advance.

The statistics support this concern. A decline in birth rate since 1990 has led to a smaller population of young people. As Baby Boomers retire and need more support, Fulton says there won’t be enough people to care for them. At the national level, he says, “We’re getting closer to this period where more and more seniors will need more help. And it’s not until they reach out that we discover there are not enough people to service them.”

According to a Brown University Center for Gerontology and Healthcare Research report, “Older adults make up nearly 17 percent of our population (up from 12 percent in 1987); estimates are that they will outnumber children by 2035 and will represent fully one quarter of all Americans by 2060. This major demographic transition is driving changes in health care needs, in systems of care, and in the resources required to provide that care.”

That translates to approximately 100,000 more people aged 65 and older in the next nine years in Rhode Island, explains Dr. Sevdenur Cizginer, Medical Director of Geriatric Surgery at the Miriam Hospital, and an assistant professor of Medicine at Brown University’s Alpert Medical School. Since 25.9 percent of Aquidneck Island’s population is already 60 years of age or older, this clearly illustrates that the demand for gerontology and geriatric care will continue to grow exponentially, Cizginer says.

“We are all grateful to live longer, but with this longevity comes multiple challenges,” she says. “These include ageism, which brings isolation and marginalization in a lot of communities. That leads to less activity, depressive symptoms, and eventually acceleration of aging and loss of independence. Unfortunately, the COVID-19 pandemic made this problem even worse.

“Transportation is another area that could use improvement,” she continues. “Transportation means a lot to older adults: access to medical care, religious services, shopping and socializing.” While Aquidneck Island does have a public transit system, including the RIde shuttle for people with disabilities, taxi cabs are hard to find, and some older users might consider the Uber and Lyft apps difficult to navigate.

“Economic security is another concern,” Cizginer continues. “Most would like to stay in their own homes, but struggle with paying bills, home maintenance and mortgage payments when they have increased medical expenses and a fixed income. Health care costs — both coverage and access — are another challenge.”

Ultimately, it all boils down to balance. While Newport County is an expensive place to live, it’s less expensive than other destinations like the Hamptons, says Cushing, and has a high quality of life with excellent services, which allows retirees to continue enjoying their best lives. She will remain here in retirement, as will Bauchspies and Joven, because they argue that this coastal lifestyle is far more valuable than a cheaper community somewhere else.

“What folks are really looking for when they retire is companionship, a social network. They want to work and play, to do something. Folks are attracted to Newport County for that reason, and there are so many organizations to help them do that,” says Edward King House senior center executive director Carmela Geer. “It’s walkable here, it’s easy to find others in your own demographic, there is culture, good food and opportunities to become part of the community. Everybody knows your name here. There are biking and walking trails, the ocean and boating. It has such history and yet still is firmly in the 21st century. This place is a dream.”