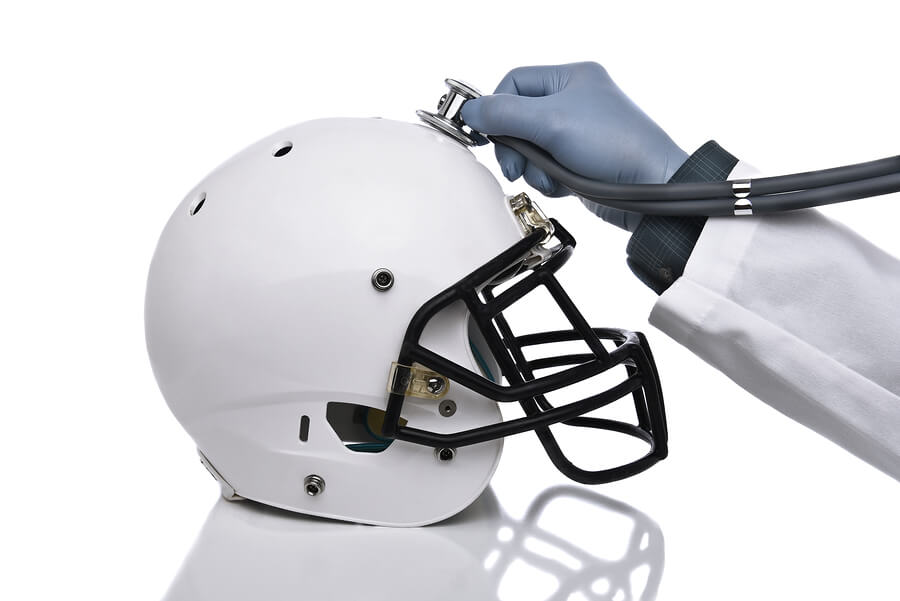 Thousands of retired Black professional football players, their families and supporters are demanding an end to the controversial use of “race-norming” to determine which players are eligible for payouts in the NFL’s $1 billion settlement of brain injury claims, a system experts say is discriminatory.

Former Washington running back Ken Jenkins, 60, and his wife Amy Lewis on Friday delivered 50,000 petitions demanding equal treatment for Black players to Senior U.S. District Judge Anita B. Brody in Philadelphia, who is overseeing the massive settlement. Former players who suffer dementia or other diagnoses can be eligible for a payout.

Under the settlement, however, the NFL has insisted on using a scoring algorithm on the dementia testing that assumes Black men start with lower cognitive skills. They must therefore score much lower than whites to show enough mental decline to win an award. The practice, which went unnoticed until 2018, has made it harder for Black former players to get awards.

“My reaction was, `Well, here we go again,”’ said Jenkins, a former running back. “It’s the same old nonsense for Black folks, to have to deal with some insidious, convoluted deals that are being made.” Jenkins is now an insurance executive and is not experiencing any cognitive problems, but has plenty of NFL friends who are less fortunate.

In March, Brody threw out a civil rights lawsuit that claimed the practice is discriminatory. But she later said in a filing that the practice raised “a very important issue” and asked a magistrate judge to compile a report on the problem. She told The Associated Press she did not know when it would be completed.

Class counsel Chris Seeger, through his spokesman, has said he wants to end the practice of race-norming and investigate any awards that were affected by adjustments in the past.

“We are investigating whether any claims have been impacted by a physician’s decision to apply such an adjustment. If we discover an adjustment has been inappropriately applied, I will fight for the rights of Black players to have those claims rescored,” Seeger said.

NFL spokesman Brian McCarthy has declined to comment on the issue in the past, and did not immediately return an email seeking comment Friday.

The majority of the league’s 20,000 retirees are Black. And only a quarter of the more than 2,000 men who sought awards for early to moderate dementia have qualified under the testing program. Lawyers for Black players have asked for details on how the $800 million in settlement payouts so far have broken along racial lines, but have yet to receive them.

Race norming is sometimes used in medicine as a rough proxy for socioeconomic factors that can affect someone’s health. Experts in neurology said the way it’s used in the NFL settlement is too simplistic and restrictive, and has the effect of systematically discriminating against Black players.

“Because every Black retired NFL player has to perform lower on the test to qualify for an award than every white player. And that’s essentially systematic racism in determining these payouts,” said Katherine Possin, a neurology professor at the UCSF Memory and Aging Center.

In other major settlements, including those tied to the the Sept. 11, 2001, terrorist attacks and the Boston Marathon bombing, all claimants were treated the same.

“We concluded, fairly quickly, that we would take the top compensation for the white male and everyone would get the same, the top dollar,” said lawyer Ken Feinberg, who has overseen many of the largest settlement funds. “We would cure this compensatory discrimination by having a rising tide raise all ships.”

The first lawsuits accusing the NFL of hiding what it knew about the link between concussions and brain damage were filed in 2011. A trickle soon became a deluge, and the NFL, rather than risk a trial, agreed in 2013 to pay $765 million over 65 years for certain diagnoses, including Alzheimer’s disease and dementia. But as the claims poured in, Brody feared the fund would run out early and ordered the cap removed.

The NFL, which foots the bill, began challenging claims by the hundreds, according to the claims website.

In appealing one filed by Najeh Davenport, the NFL complained that his doctor had not used “full demographic norms” in the cognitive scoring. That meant factoring in age, education, gender _ and race.

“I remain unsure what you are talking about. He was done using standard norms like everyone else. Using different racial standards is indeed discriminatory and illegal. We stand by our scores,” the physician said in response, according to court records.

Ultimately, the appeal was reviewed by a pair of University of Pennsylvania legal scholars serving as special masters for Brody. They rejected the original reviewer’s finding that race norms were mandatory under the settlement. Still, they concluded that Davenport’s doctor had to explain whether he typically uses them or only waived them so Davenport would get an award.

“Using race-specific norms can be enormously consequential, and the adjustments may often make the difference in a clinician’s determination of cognitive impairment and a determination of normal functioning for retired NFL players seeking benefits,” special masters David A. Hoffman and Wendell E. Pritchett wrote in the Aug. 20 decision.

Days later, Davenport and another former Pittsburgh Steeler, Kevin Henry, filed the civil rights lawsuit, calling public attention to the issue for the first time. Their lawyers hoped to learn through the litigation how often Black players are denied payouts.

Instead, Brody dismissed the suit, saying they were bound by the settlement because they had not opted out years ago. But as concerns about race-norming grew _ and with the racial unrest of 2020 still simmering _ Brody in April opened the door to changing the practice when she ordered lawyers for the league and the players back to the table to work out an agreement.

Race-based adjustments for neurology — known as “Heaton norms” — were designed in the early 1990s by Dr. Robert Heaton to estimate how socioeconomic factors affect someone’s health. They are widely used, but in recent years, scientists in the field have begun to recognize the limitations of the normative comparison groups they have used for years.

The small sample group of Blacks Heaton chose to create his adjustment protocol came entirely from San Diego, a military town where the Black population hardly reflected the diversity of Blacks across the U.S. The racial classifications are also binary _ Black or white _ even though hundreds of NFL retirees, and millions of Americans, identify as mixed race.

`White and Black retired NFL players may be more similar to each other than they are to the reference populations … used to develop Heaton or (other) race-specific norms,” Manly wrote in her brief in the Davenport lawsuit. Several neurology experts have said the NFL’s assessment program is flawed. Possin said UCSF had considered participating in the assessments but decided against it.

“We declined to participate in these evaluations because it just didn’t feel like good clinical practice to us,” Possin said. “There’s probably a number of these players who, the neurologists who evaluated them were pretty sure they had a neurodegenerative disease and they had dementia. But maybe they didn’t score quite low enough. They didn’t pass the threshold, so they didn’t meet the NFL settlement criteria for a payout. And that’s really, I think, unfortunate.”

Dr. Francis X. Conidi, a neurologist and former president of the Florida Society of Neurology, who has treated hundreds of former NFL players, wrote a critique of the settlement’s assessment program in 2018, saying it had developed a system where players would be classified with “fictional diagnostic categories” of level 1, level 1.5 and level 2 neurocognitive impairments. Only those classified as levels 1.5 or 2 would qualify for a settlement.

Conidi said these categories could leave the patient confused about the cause of his symptoms and recommended that they adopt a protocol that includes a standard workup for dementia, including neuroimaging and other testing that is not currently done under the assessments.

The NFL’s dementia testing evaluates a person’s function in two dozen skills that fall under five sections: complex attention/processing speed; executive functioning; language; learning and memory; and visual perception. A player must show a marked decline in at least two of them to get an award.

In an example shared with The Associated Press, one player’s raw score of 19 for “letter-number sequencing” in the processing section was adjusted using “race-norming” and became 42 for whites and 46 for Blacks.

Taking the 24 scores together, either a white or Black player would have scored low enough to reach the settlement’s 1.5-level of early dementia in “processing speed.” However, in the language section, the scores would have qualified a white man for a 2.0-level, or moderate, dementia finding _ but shown no impairment for Blacks.

Breton Asken, a neuropsychology fellow at the UCSF Memory and Aging Center, helped administer several assessments around 2016, when he was a student at the University of Florida. The assessments he was involved in took 4 to 6 hours, and produced a score, which would then be adjusted based on the Heaton norms.

“So the male Black athletes that we saw would be compared essentially to a group of otherwise healthy Black individuals with a similar number of years of education and of the same age,” Asken said.

Even at the time, he said he and his colleagues worried the assessments and adjustments were not appropriate.

“I think we were always hesitant to be robotic about this,” Asken said. “We understood from a legal standpoint why there’s a push and a need for making something a little more algorithmic and robotic, that it can be standardized and so forth. But I think there’s also a lot of challenges when you take expert clinical decision-making out of things.”

They would report the person’s level of impairment by the “letter of the law” and would also provide comments conveying “anything else we thought was relevant to the patient’s brain health, physical health, mental health and so forth that we thought would be important for us to include in something like a standard neuropsychological report.”

The test battery also included questionnaires about mood and personality. But those scores were not included in the algorithm to determine compensation, he said.

“They’re getting full neurologic exams from these neurologists who are able to pick up on other aspects of the nervous system that might be having problems and so forth. Feels very odd for us to put this comprehensive neuropsychological report together and just ignore those pieces of data,” Asken recalled.

“Norming by race is not the stance that the NFL ought to take,” said Dr. Art Caplan, a New York University medical ethicist. “It continues to look as if it’s trying to exclude people rather than trying to do what’s right, which is to help people that, clinically, have obvious and severe disability.” He noted that the long history of racial bias in medicine includes the long-held myth that Black people feel less pain.

“There’s always been this race-norming in medicine,” he said, “that has been problematic because it’s tied in too closely to racism.”

Jenkins, the former Washington player, believes it all comes down to money.

“Race-norming may have had a benign origin, but it quickly morphed into a tool that can be used to help the folks in power save money,” he said.

Yet Caplan is not alone in thinking there may be even more at play here: the future of the NFL.

“These may be fights to escape the conclusion that football’s too dangerous. That’s always looming in the background,” Caplan said. “That opens the door to a lot of moms saying `I’m not sure that’s the right sport for my kid.”’

In March, the same month Brody dismissed the civil rights lawsuit, the league announced an 11-year deal with TV partners worth $113 billion.