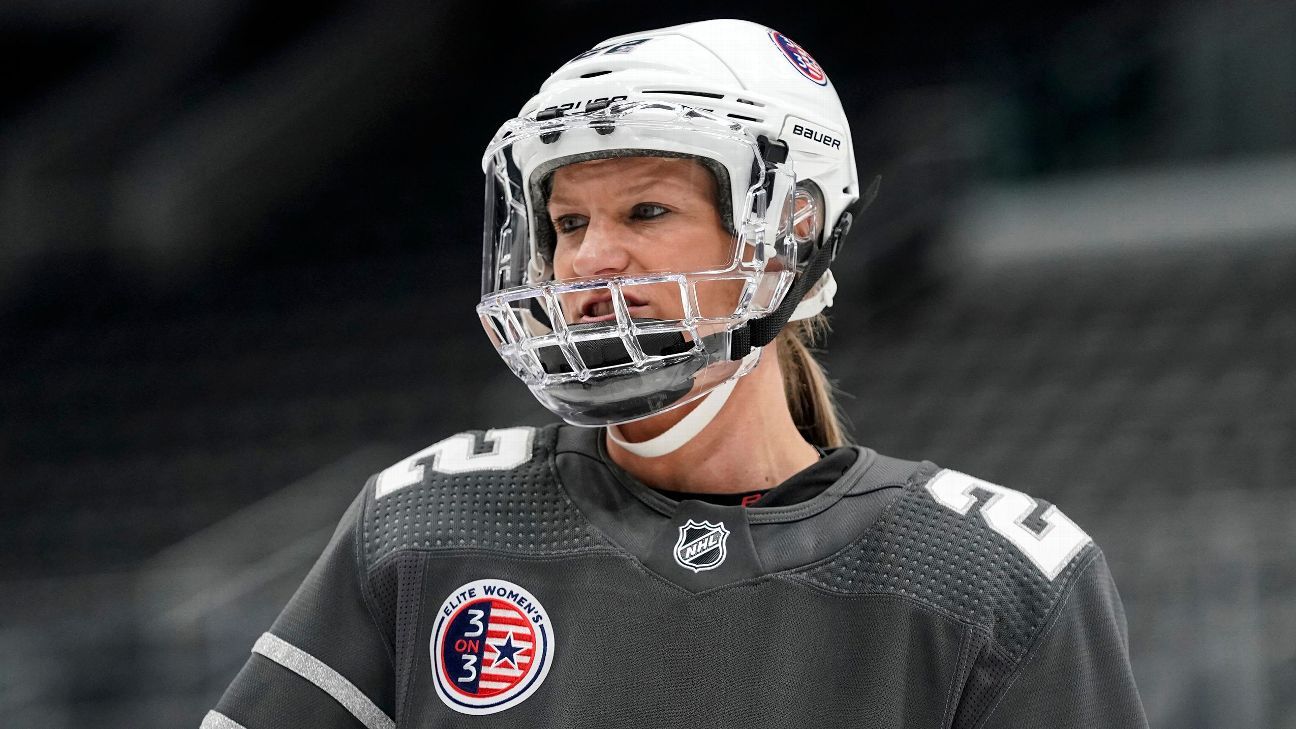 The news comes as a shock as Bellamy, 34, was supposed to play in the 2021 World Championships this month in Nova Scotia, and was on track to make her fourth Olympic team in February. However, when the World Championships were abruptly canceled, then rescheduled for August, Bellamy told ESPN, “It wasn’t fair to keep going if my heart wasn’t completely in it.”

“To be honest, I didn’t need another Olympics to justify my career,” Bellamy said. “As a professional athlete, as a professional female athlete, your priorities change. I was ready to move on to the next chapter of my life.

“But at the same time, I thought about other people’s dreams and aspirations. I’d most likely make the Olympic team, but deep down, that’s not fair to me or my teammates. Because am I mentally happy? And the answer would probably be no. I’d just be forcing myself to get an extra check mark. There are girls that I played with for the last three years that haven’t made an Olympic roster, but I know deserve to be on that team personality-wise, character-wise, skill-wise. This could be their chance.”

Bellamy has appeared in nine world championships, winning gold seven times, which ranks second all time in U.S. history. Had she played in the 2021 tournament, her 10 appearances would have matched Angela Ruggiero and Jenny Potter. Current forward Hilary Knight is poised to move into sole possession of first place with her 11th appearance this August.

“It is extremely hard to find words to describe my career,” Bellamy said in a statement through USA Hockey. “Being able to represent my country for the past 15 years has been such a privilege. … The respect and competitive nature that hockey brings out in people make for an unbelievable culture to be a part of. I am forever grateful for the lessons learned, memories made, and relationships built.”

“Kacey is one of the more underrated players in the program,” said longtime forward Julie Chu. “Maybe she wasn’t in the media spotlight at times, but if you ask any of us on the national team, she’s one of the best defensemen we’ve seen. Her compete level — her ability to play tough, play physical, and push the envelope, challenging teammates in practice to get better, or challenging opponents and shutting them down — is incredible.”

It’s now a changing of the guard for USA Hockey as 2018 Olympic captain Meghan Duggan and veterans Monique Lamoureux-Morando and Jocelyne Lamoureux-Davidson have all announced their retirements in the past year.

Duggan said she has “no doubt” Bellamy can still play at a high level and contribute to the team if she wanted to.

“She went from a young kid who ate cocoa puffs before games to one of the fittest female athletes on the planet,” Duggan said. “As she was the oldest player on the team, she continued to raise the bar and hold everyone accountable, because she pushed herself so hard. Her work ethic is unmatched.”

Bellamy thought she would retire following the PyeongChang Games in 2018, in which the U.S. women won Olympic gold for the first time in 20 years. She declined an invite to the next August camp, but said her general manager talked her into giving it “one more try.”

Bellamy informed her teammates of her decision in an email last week.

“I’ll be honest, I didn’t react well, I was super disappointed,” longtime teammate and friend Brianna Decker said. “But then I took some time to think about it, and wrote her an email the next day saying I couldn’t be more proud. She was a great mentor to me. I couldn’t ask for a better leader to learn from. Over the last 11 years, she’s been our rock. Every defenseman that comes up through our program, looks to be just like her one day.”

Bellamy grew up in Westfield, Massachusetts, and played college hockey at the University of New Hampshire. Professionally, she played six seasons in the CWHL and two in the NWHL.

“My parents are literally the reason my career has gone the way it’s gone,” Bellamy said. “I can’t thank them enough for the sacrifices they made when we were little — paying for boarding school when we didn’t have a lot of money, coming to my games whenever they could make it. They are the epitome of hard work. Everything I am today is because of them.”

Bellamy said she would like to stay in hockey, but she’s not sure what that looks like.

“Who knows if I get into coaching again, if I want to start my own business when it comes to fitness and educating the next generation on everything I’ve gone through and my teammates gone through,” she said.

Three years ago, NHL star Joe Pavelski asked Bellamy to be one of the founding athletes of his sports media company, TorchPro. She signed on as TorchPro’s first female athlete and will continue working with the company.

Pavelski said partnering with Bellamy was a natural choice.

“Kacey has been a cornerstone for USA Hockey,” Pavelski said. “She’s just been there, as much as anyone that has that laid the groundwork, and helped grow the game. It’s pretty cool to see, really, what a leader she’s been over the years. She’s been through it, she’s done it. She hasn’t taken any shortcuts along the way.”