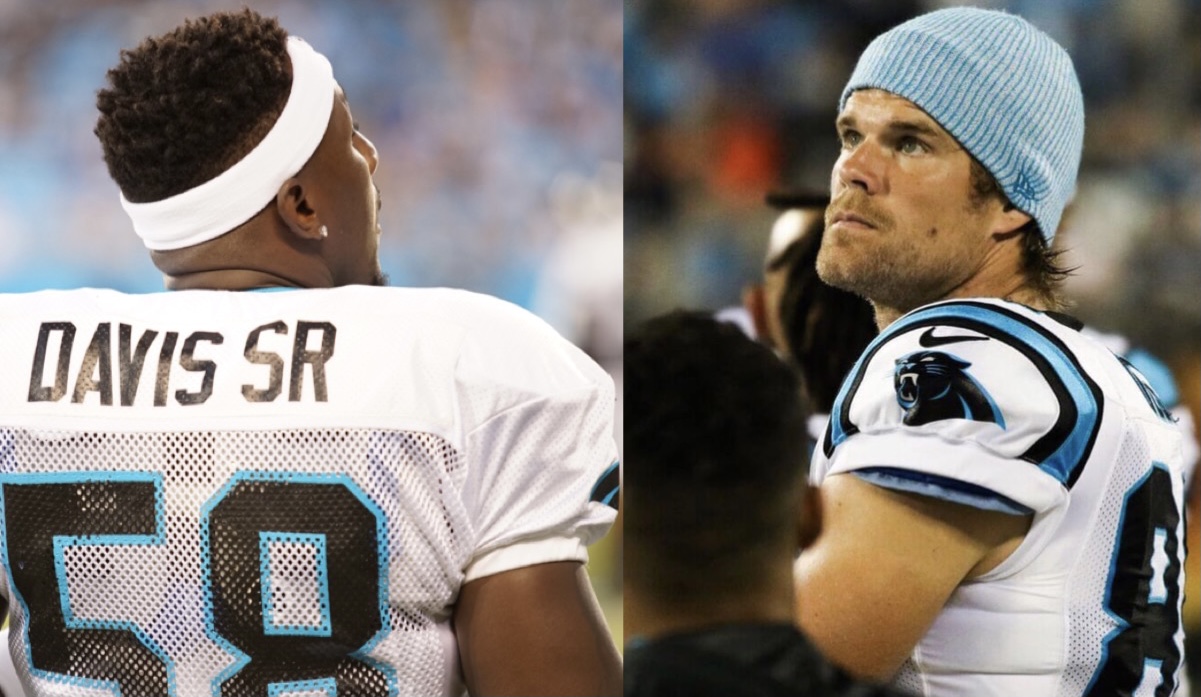 It was announced on March 3 that former Panthers linebacker and the franchise’s all-time tackle leader Thomas Davis would be signing a one-day contract to retire with the Carolina Panthers. The following day, former Panthers tight end and three-time Pro Bowler Greg Olsen tweeted “Sounds fun, see you there,” setting the stage for a dual retirement ceremony on Thursday, March 11, at Bank of America Stadium.

Starting out as a safety out of the University of Georgia, Davis was drafted 14th overall in the 2005 NFL Draft by the Panthers, finishing his career with 1212 tackles 29 sacks and 13 interceptions.

Greg Olsen as many may remember was acquired from the Bears for a third-round pick in 2011. Becoming one of the most reliable receivers for the franchise during the Cam Newton era, all three of his Pro Bowl appearances were earned during his time with the Panthers. He finished his career with 742 receptions, 8,683 receiving yards and 60 touchdowns.

The virtual retirement event will begin at 11 a.m. and will be streamed on the Panthers website, Twitter, Facebook, and YouTube. Watch these videos by NFL Films and the Panthers highlighting the careers of Thomas Davis and Greg Olsen.