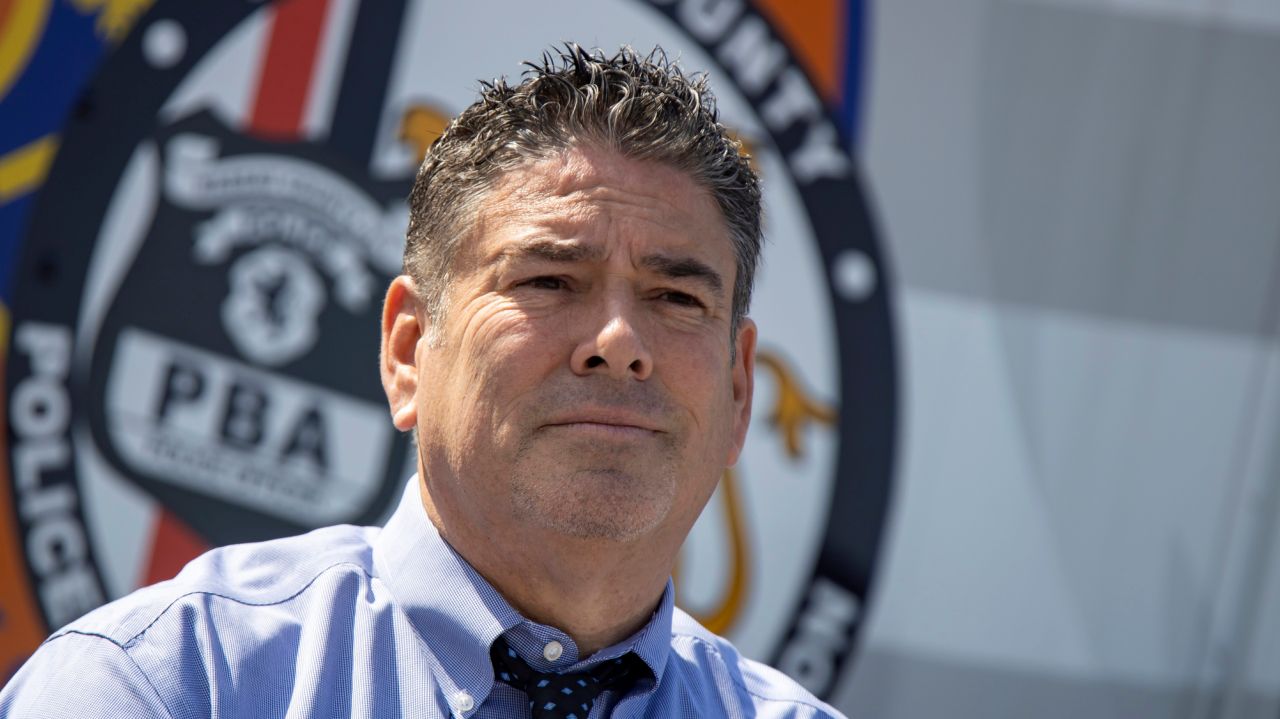 Nassau County Police Benevolent Association president James McDermott is stepping down after more than four years at the helm of the county’s largest police union and will retire from the police department in September.

McDermott, a 34-year veteran of the Nassau County Police Department, said in an interview Friday that he had been mulling his retirement since the middle of last year. McDermott, 57, said he felt he had accomplished a number of objectives as union president and did not plan to run for reelection this fall at the close of his four-year term. His retirement is effective Sept. 1.

“I’m very happy with my decision,” he said. “It’s definitely my time. I’ve done all I can do and I want to pass the baton so the PBA can continue to carry out the great work we’ve always done.”

McDermott, citing the always-on-call nature of his job, also said he wanted to spend more time with his three sons Pat, 27, James, 25, and Colin, 12.

McDermott departs as the PBA remains the only police union without a contract. Union members, who have been working without a contract since 2017, last year rejected a deal by 143 votes that would have provided 25% pay raises over 8½ years. McDermott said Friday negotiations continue, but on some issues the two parties remain “far apart.”

The union will hold an election to fill the position sometime in the coming weeks. First vice president Pete Paterson will serve as acting president if an election doesn’t occur before McDermott’s departure.

McDermott, who worked his way up in the union from a delegate to a trustee and then the sergeant-at-arms, was elected PBA president in January 2017, after the retirement of longtime PBA leader James Carver. McDermott was paid $241,241.17 by the police department in 2020, according to Newsday’s Nassau County payroll database. He declined to detail his union compensation.

The biggest news, politics and crime stories in Nassau County, in your inbox every Friday at noon.

County Executive Laura Curran, a Democrat who did not receive the endorsement of the PBA when she ran for county executive in 2017, said in a statement Friday: “James McDermott has been a dedicated member of the NCPD for decades and has worked hard on behalf of his PBA members. I wish him the best in the future and thank him for his service to the residents of Nassau County.”

A North Wantagh native, McDermott began his law enforcement career with the NYPD in January 1984 at age 20. He patrolled the areas of Bedford-Stuyvesant and East New York.

In October 1987, he joined the Nassau force, where he was assigned to the Fifth Precinct for 17 years, mostly patrolling the streets of Elmont and Lakeview.

Nassau Police Commissioner Patrick Ryder, who worked with McDermott as young officers in the Fifth, in a statement Friday said: “I want to wish James McDermott a happy and healthy retirement and thank him for his dedication and years of service to the department. James and I went on the New York City Police Department the same time back in January 1984. And even as our careers went different directions we’ve always had a working relationship to do what’s best for the membership. I wish him well in his retirement.”

Richard Nicolello, presiding officer of the Nassau County Legislature, also said: “James has been a strong leader for the police officers he represents and a tireless advocate for public safety. We have enjoyed an excellent working relationship and I wish him the best in all his future endeavors.”

McDermott said he was emotional Thursday as he informed the union’s board of his departure.

“All I know is the police department since I was 20 years old,” he said. “I have a tremendous amount of respect for the PBA and its members. They deserve the best.”