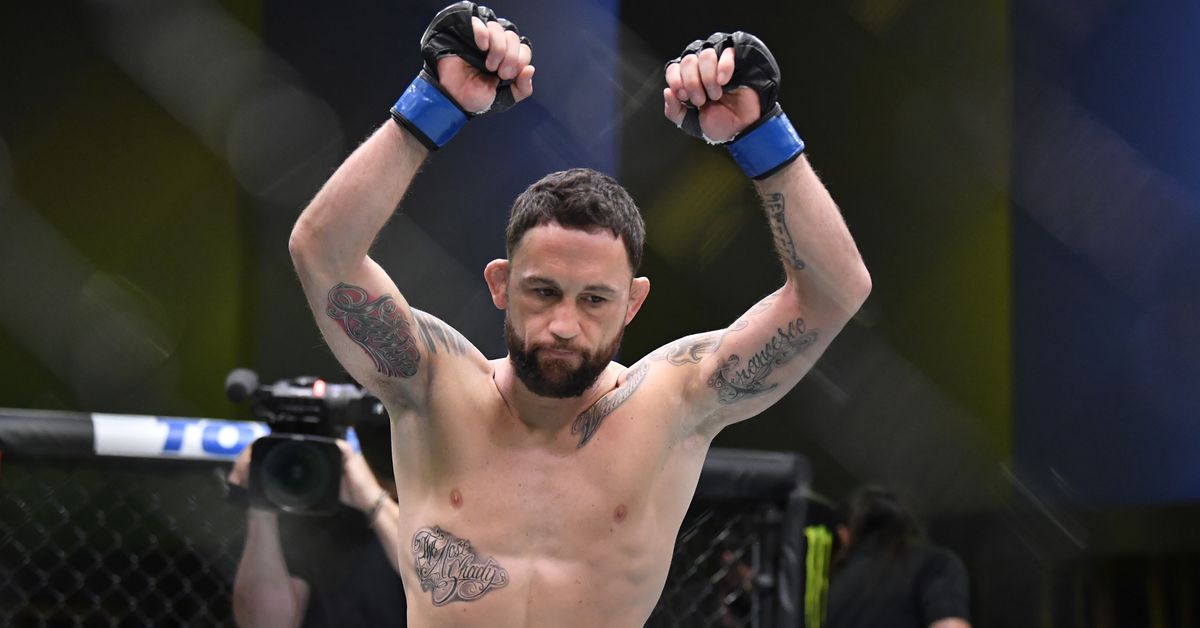 As a fight fan who grew up in New Jersey during Frankie Edgar’s unlikely rise to the title, it’s safe to say his knockout loss last Saturday to Cory Sandhagen was hard to watch. That’s the business, and I’d consider myself a fan of “The Sandman” as well, but still … that was a really brutal knockout for anyone, let alone a veteran who’s absorbed quite a few punches and turns 40 later this year.

In an interview with ESPN, Edgar detailed the trauma and confusion following the loss. “I didn’t really come to until I was in the back. That is the first thing I remember. I’m sitting around the doctors going through that whole process with them, Mark and Ricardo are next to me and I’m like, ‘Mark, what happened?’ He’s like ‘you fought,’ and I kind of figured that,” Edgar said (transcription via BJPenn.com). “But, I couldn’t remember who the f**k I fought. I’m like ‘who did I fight?’ He’s like ‘Sandhagen.’ I’m trying to remember training for the guy and I could not remember training for him. Since when was I supposed to fight him? I thought maybe I just took this fight on short notice or something. He’s like ‘bro, two months. You have been training for this guy for two months.’

“Man, I just couldn’t wrap it around my head. The doctor asked me what day it was and for the life of me, I could not remember. I was like, ‘September, December.’ That is when they said I needed to go get a cat scan,” Frankie Edgar continued. “Alright, whatever, we go to the hospital, and then on the way to the hospital the nurse in the ambulance said ‘what day of February is it?’ I was like boom, ‘it’s the 6th.’ Right away that is when things started snowballing and I started to remember the warmup and even the first 20 seconds before getting hit with the knee. Everything came back to me but I don’t remember walking out of the cage though.”

Since the move to Bantamweight was really an attempt at one final title run, a lot of speculation immediately rose regarding whether or not “The Answer” would retire. However, Edgar confirmed his commitment to the sport, stating “I’m not thinking of stopping anytime – at least now. Not after this one.”

At the same time, Edgar does appear to understand that his career is closer to its close than its beginning. As long as his family and team are supportive, though, Edgar is likely to continue.

“I won’t be this guy that’s just constantly getting KO’d,” Edgar said (transcription via MMAJunkie). “I’m going to have to look myself in the mirror and figure something out if this keeps happening. I just don’t think the time is now. … I don’t know when it’ll happen. It’s just going to have to happen one day. It may be me, it may be my coaches (telling me to do it). I’m hoping it’s me first. I don’t want to be the guy where someone needs to tell me that I need to walk away. But it may take that. I don’t know. The type of person I am, it may take my coach or my wife to be like, ‘Yo, it’s time to walk away.’ I just know that time’s not now. And they know that time’s not now as well.”

Stephen Thompson is ready to jump on Khamzat Chimaev’s missed opportunity vs. Leon Edwards, and I’m here for it!

Jim Miller may not have ever scored his title shot, but that man is a legend regardless.

Kamaru Usman vs. Gilbert Burns is a genuinely great fight, but yeah, no one is going to be watching UFC 258.

Dana White complaining about people illegally streaming PPV’s then raising the price of them and making Maycee Barber vs Alexa Grasso the co-main event of the 2nd card of the year pic.twitter.com/cdW3wXXolc

Ryan Hall’s injury not only lost him an opportunity to advance into the top 10, but he’s no longer ranked at all. Featherweight is a shark tank!

Ryan Hall is no longer ranked in the UFC Featherweight division. Movsar Evloev enters the rankings at #15.

(It’s on the UFC app. The site is not updated yet) pic.twitter.com/8k7bc0VCt8

Diego Sanchez keeping it weird is all we can really ask of “The Nightmare.”

Not really fair to Zabit, but it made me laugh.

Definitely one of the more amazing spinning strike knockouts I’ve ever seen.

Katsuki Kitano with one of the coolest KOs I’ve ever seen, from March 2020 in NJKF.

The 135lbs WBC MT Japan and NJKF champion recently won a huge decision over Kosei Yamada (who was on an 11-fight win streak iirc) in RISE. pic.twitter.com/6HIpG7XxMD

Arguably the most famous upset in boxing history?

A face in the sea:

Midnight Music: News arose that legendary composer and pianist Chick Corea passed a couple days ago, so tonight’s choice is clear. He’s best known for his Jazz fusion albums in the ‘70s, but here’s a classic cut from his earlier post-bop era.