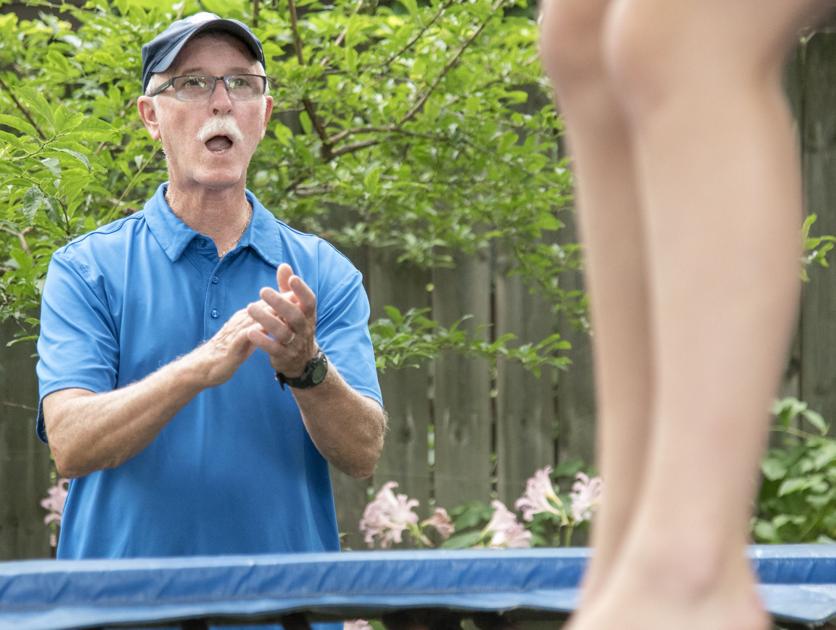 CHAMPAIGN — Don Waybright had his heart set on starting a gymnastics team at Champaign Centennial High School in 1974, but the school board felt it would be too expensive.

Principal Al Davis wanted him to get involved in something else, asking him to become the school’s diving coach.

Davis knew Waybright was a first-year teacher and told him he didn’t have a choice if he didn’t want to get fired.

“I asked one of my colleagues, ‘He couldn’t really fire me, could he?’”

Waybright was assured that he could, so he accepted the “offer.”

He’s glad he did.

“It’s an end of an era, I guess,” he said, although he will continue to coach at the Champaign Country Club for a couple more years. But the rigors of high school coaching are past.

Not bad for someone who didn’t want anything to do with diving.

Growing up in West Virginia and Ohio, Waybright earned a gymnastics scholarship at Michigan State, where he was team captain as a senior. He knew Illini gymnastics coach Yoshi Hayasaki and made the move to Champaign-Urbana.

To learn how to coach diving, Waybright got tips from University of Illinois diving coach Fred Newport on the board work of the sport.

The rest of the sport came naturally.

“Once you get in the air, it’s pretty much the same as my gymnastics experience,” he said.

Newport said Waybright assisted him in his summer diving camps in the late ’70s in Springfield.

“Additionally, he has worked with individuals from high schools around the area, whether at meets or at special sessions when the diver had no other coach,” Newport said.

He lauded Waybright’s spirit: “Don has devoted himself to the growth and development of divers across the spectrum of abilities, developing a team atmosphere as well as individual champions at whatever facilities and levels he has found available over this incredibly long time.”

Looking back, Waybright noted, “I’ve had an awful lot of good divers through the years. It’s been fun.”

A natural athlete, Waybright also taught tennis for a number of years at Centennial.

He said he has no idea what he’ll be doing now to keep busy.

“That’s a good question,” he said. “I think I’m going to take up archery, golf maybe.”

He said he and his wife, Karen, might travel, including spending several weeks in Florida — something he wasn’t able to do before because of his schedule.