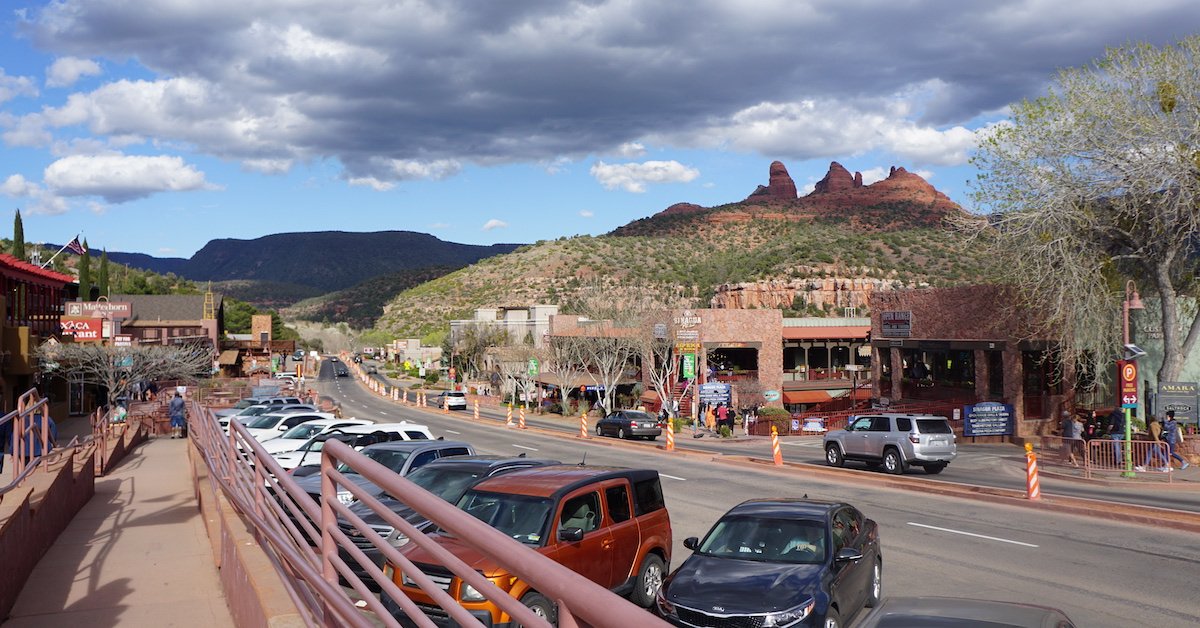 Arizona’s warm winter days and gorgeous desert landscapes have long combined to be an irresistible draw for people looking for the perfect spot to spend their retirement years.

Throughout the late 20th century and into the 21st, Arizona has ranked among the top states in the United States for retirees. Along with its temperate winter climate and saguaro-studded terrain, the state has other notable features going for it as well — not the least of which is the Grand Canyon, a true natural wonder of the world and a great playground for active retirees.

Add in a wealth of golfing, hiking, and mountain biking opportunities, along with countless places to indulge in mining and ranching history, and a lively dining scene, and Arizona can make a perfect spot to while away retirement years.

Retirees settle all over the state, but there are communities that attract residents considerably more than others. U.S. Census statistics show that a number of Arizona communities have upwards of 30 percent of residents aged 65 years and older. That compares with the national average of about 16.5 percent of senior citizens.

Here are 9 Arizona communities that are popular with retirees.

Located right at the base of the ruggedly beautiful Superstition Mountains, Apache Junction is the perfect spot for retirees who like desert hiking and mining lore. It is also a good base for exploring the Apache Trail scenic drive and lovely Canyon Lake.

With a population of about 42,000, Apache Junction is located in the southeastern corner of the Phoenix metro area. About 33 percent of its residents are 65 or older. Retirees come for the mild winter temperatures that average in the 60-and-70-degree Fahrenheit range, as well as a relatively low cost of living, said to be about 18 percent lower than the national average for retirees.

Pro Tip: The stunning Lost Dutchman State Park, with its miles of desert/mountain trails, is located within Apache Junction’s city limits and is just a few miles from the center of town.

With many of its subdivisions restricted to people 55 years and older, the southern Arizona town of Green Valley is made up mostly of senior citizens. Located about a half-hour south of Tucson, the unincorporated community has a population of about 21,000 people, nearly 80 percent of whom are 65 or older, according to the U.S. Census.

Retirees have plenty to keep them occupied in this small desert town, including numerous parks and golf courses, the fun art scene at nearby Tubac, the mission history on the Father Kino Trail, and great dining in nearby Tucson.

Pro Tip: Green Valley is also home to the Titan Missile Museum that features the only preserved Titan II missile installation of 54 that were built in the U.S. in the mid-20th century — one of the 5 Best Places to Experience Cold War History In Arizona.

As one of Arizona’s premier tourist destinations, Sedona hardly needs an introduction. As many as 3 million tourists visit the beautiful red-rock community each year to hike the more than 400 miles of trails, take in the energizing vortexes, and gaze at spectacular views while dining.

Located about two hours north of Phoenix, Sedona is also a magnet for retirees looking for a gorgeous, if somewhat pricey, setting. About 43 percent of the population is 65 or older, according to the census. On the affordability scale, Sedona tends to be more expensive than other Arizona communities, with a cost-of-living about 29 percent above the average for retirees.

On the far northern edge of the Phoenix metro area is the little town of Cave Creek, a mix of the Old West, desert art, and motorcyclists. The Visit Arizona website notes that Cave Creek is hard to pigeonhole: “Motorcycle and horseback riders share Main Street with one-of-a-kind shops and saloons,” it says.

Cave Creek is a popular spot for retirees looking for a quirky rural feel, with the big city just miles away. About 41 percent of its 6,000 residents are 65 or older.

Pro Tip: Along with its fun shopping, rustic dining, and fascinating history, Cave Creek is a 40-minute drive from the stunning Bartlett Lake, where after a wet winter the shores erupt with wildflowers — one of 5 Perfect Wildflower Hikes In Arizona.

Watersports, sunny days, and the London Bridge are among Lake Havasu City’s claims to fame, as well as major draws for retirees. Located along the Colorado River corridor in the area known as Arizona’s West Coast, Lake Havasu features 60 miles of navigable waterways, 300 days of sunshine, and 400 miles of river coastline.

About 33 percent of the city’s population of 56,000 is 65 and older. Along with abundant opportunities for boating, swimming, and water skiing, retirees can enjoy the lively scene at the Bridgewater Channel, with its fun boardwalk and host of dining opportunities — all of it highlighted by the iconic London Bridge that was relocated to the Arizona desert from London in the 1960s.

Pro Tip: Just 65 miles northwest of Lake Havasu City is the Colorado River town of Bullhead City, another of Arizona’s retiree favorites. Bullhead City is just across the river from Laughlin, Nevada, a waterfront city bustling with casinos, a riverwalk, and numerous boating and jet-skiing opportunities.

Retirees who gravitate to golf, swimming, and tennis will find plenty to keep them busy in Sun City. With an identity as predominantly a retirement community, it is not surprising that the town in the western region of the Phoenix metro area is made up mostly of senior citizens. About 76 percent of its 39,000 residents are 65 or older.

Founded as a retirement community in 1960, Sun City is located amidst other retirement favorites in the West Valley like Surprise, Peoria, Glendale, and Sun City West.

Surrounded by the 1.25-million-acre Prescott National Forest, the north-central Arizona city of Prescott is known for its mountain/forest scenery, hometown atmosphere, and charming downtown.

The mid-sized city of about 44,000 also features plenty of recreational opportunities, including more than 100 miles of hiking and mountain biking trails and kayaking and canoeing on area lakes. Prescott is also home to the World’s Oldest Rodeo, a multi-day event that takes place over the week of the July 4 holiday.

Prescott is popular with retirees looking for a mild four-season climate. Located at about mile-high elevation, the community posts average highs in the summer in the mid-to-high 80-degree Fahrenheit range, and spring and fall averages in the 60s and 70s. Winter months have average highs in the 50s, along with occasional snowstorms.

Pro Tip: Prescott is home to a number of scenic lakes including Watson Lake and Lynx Lake — two of 9 Gorgeous Lakes To Explore In Arizona.

With a setting right along the cottonwood-lined Verde River, Cottonwood offers a wealth of outdoor activities for retirees, including fishing, hiking, and kayaking.

History buffs will also have plenty of mining, ranching, and railroad history to explore, while the lively Old Town area features a robust selection of restaurants, wine-tasting rooms, and hotels.

Located in the heart of the state, Cottonwood offers a mild weather option for retirees. At an elevation of about 3,300 feet, it is roughly at the midway point between the hot desert terrain in the south and the cool mountain climate to the north. The town tends to have hot summers with average high temperatures in the high 90-degree Fahrenheit range, and mild winters that hover in the 60-degree range.

Pro Tip: Cottonwood is located within a half-hour or so drive from major tourist destinations like Sedona, Jerome, and the wineries of Page Springs.

Featuring a mountain setting on Arizona’s beautiful Mogollon Rim, Payson has long been a popular spot for tourists and retirees. Known simply as “The Rim,” the area features sweeping views of the Colorado Plateau, ponderosa pine forests, and rivers and waterfalls.

The town of about 16,000 people is popular with retirees for its small-town atmosphere and mild four-season climate. Average highs in the summer tend to reach the 90s, while winters average in the 50s, with occasional snowstorms.

Arizona draws visitors from around the world and the United States. Many who come are attracted to the climate and friendly atmosphere and decide to stay: