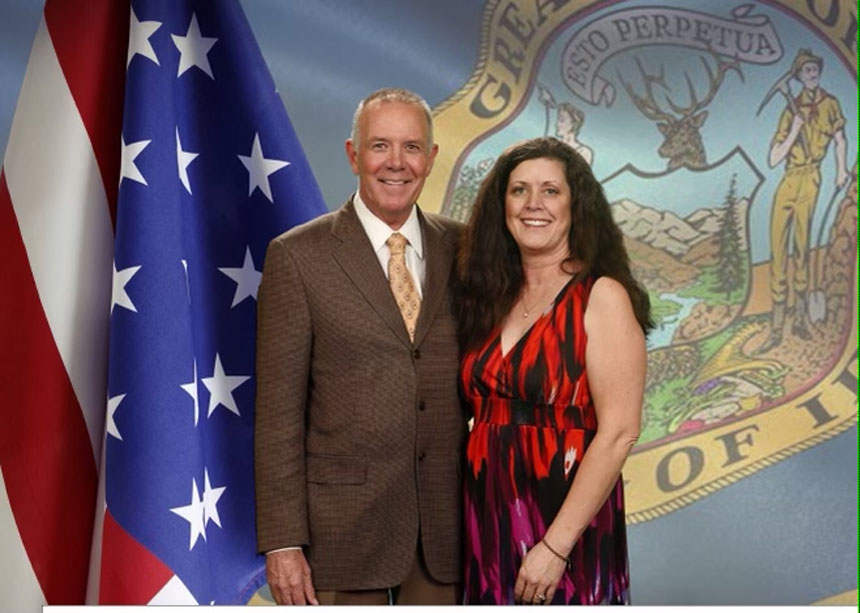 POCATELLO – After a 20-year career with Bannock County, Deputy Prosecutor Zach Parris is officially retiring on March 2nd. He says he’s stepping down for health reasons.

“I want to take advantage of the time that I have and try to spend it with my family and enjoy my last few years. We’ll see how it works out,” Parris says in an interview with KPVI.

Parris was diagnosed with prostate cancer in 2012.

Despite ongoing treatment, Parris tells EastIdahoNews.com the cancer is under control and he’s feeling great.

“I’m able to do everything I ever wanted. I ride bicycles. I go hiking, I go skiing. I feel pretty good. Everybody says, ‘I can’t believe how well you look.’ I’m doing fine. I just have cancer that I’m not going to get rid of,” Parris says.

Parris began his law career as a public defender for Bannock County in 1999 after a 20-year career with Union Pacific Railroad.

“The railroad was really good to me … but I felt like I had accomplished everything I could there. I had a desire to learn something new and I thought it would be cool to go to law school,” says Parris. “I went to school all year-round, got out in two and a half years and went to work.”

He stepped down as a public defender in 2001 to work in private practice. He was hired as the Deputy County Prosecutor in 2003.

Parris says he’s been involved in many different cases over the years and it’s difficult to pick one that’s most memorable for him. He says one of his most interesting cases has been the Nori Jones case.

Brad Compher, 44, is accused of fatally stabbing 25-year-old Nori Jones in her Pocatello home in 2004. He was arrested and charged in September 2014 with felony first-degree murder and a felony enhancement for using a weapon in a felony crime.

Parris and his team are seeking the death penalty for Compher, but scheduling a trial date has been a challenge. It’s been rescheduled numerous times over the years. The most recent jury trial for Compher was scheduled to begin in September but was postponed due to the ongoing COVID-19 pandemic. No jury trial date is currently scheduled.

One of the big holdups on the case, according to Parris, is a ruling in February 2018 declaring Compher unfit to stand trial. Judge Stephen Dunn determined Compher was dangerously mentally ill and ordered him to undergo treatment at the Idaho Department of Correction.

Parris says the best part about his career is helping the community he grew up in. The excitement of the job and interaction with his colleagues is what he’s going to miss most of all.

“I’ve had an amazing life. I don’t have any regrets. I’ve had a lot of fun. Working in the prosecutor’s office … is one of the (greatest) jobs I’ve had,” he says.

Parris’s diagnosis requires him to make regular trips to the Huntsman Cancer Institute in Salt Lake City for treatment. One of the highlights of his experience is his involvement in the Huntsman 140, a 140-mile bike race that raises awareness of and funding for prostate cancer research.

He and his wife, Tami, formed an LLC last year to continue the cause in eastern Idaho and that’s another thing he’s looking forward to in his retirement. He’s hosting a scavenger hunt ski and snowboard day at Pebble Creek Ski Area on Saturday, March 6. To register or learn more, click here.