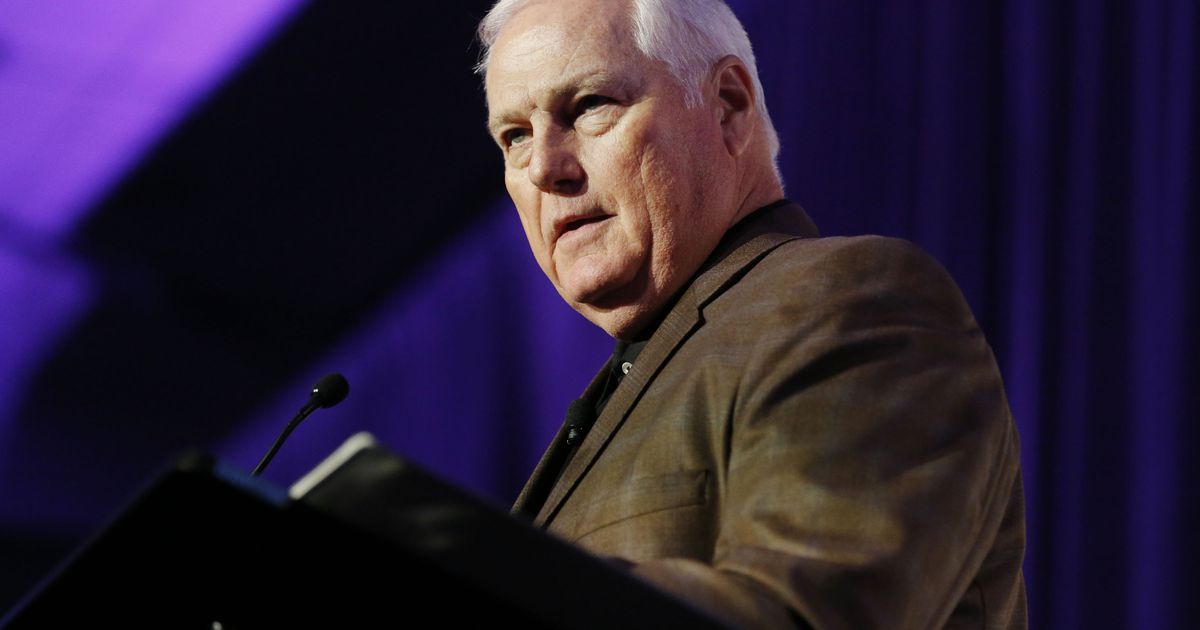 Dale Hansen, who for 38 years has been a fixture at WFAA-TV (Channel 8), where his tenure includes award-winning exposés and outspoken commentaries that gave him a national profile, announced Tuesday that he will leave his job in early September.

In October, Hansen ruffled feathers even at his own station, when he said in a “happy talk” exchange with weatherman Pete Delkus: “If you have a woman like a co-anchor or a news director or a station manager, I think it’s a fantastic thing, because they work cheaper — and that leaves more money for you and me.”

That led to a rare apology from the 72-year-old Hansen, who later said contritely, in an interview with The Dallas Morning News, “Sometimes, what I think is funny to say — though it’s not necessarily what I believe — goes too far.”

WFAA announced Hansen’s forthcoming retirement on its website and included its own quotes from the storied anchor, whose appearance helped the station attain and hold its ratings lead in the coveted 10 p.m. time slot for decades.

“There’s an old proverb that says all good things must come to an end, and it’s true, all good things do,” Hansen said in the Channel 8 announcement, evoking the typical Hansen humor. “I’ve been waiting 25 years for the Cowboys to win another Super Bowl and I can’t wait anymore.”

This is a developing story and will be updated.