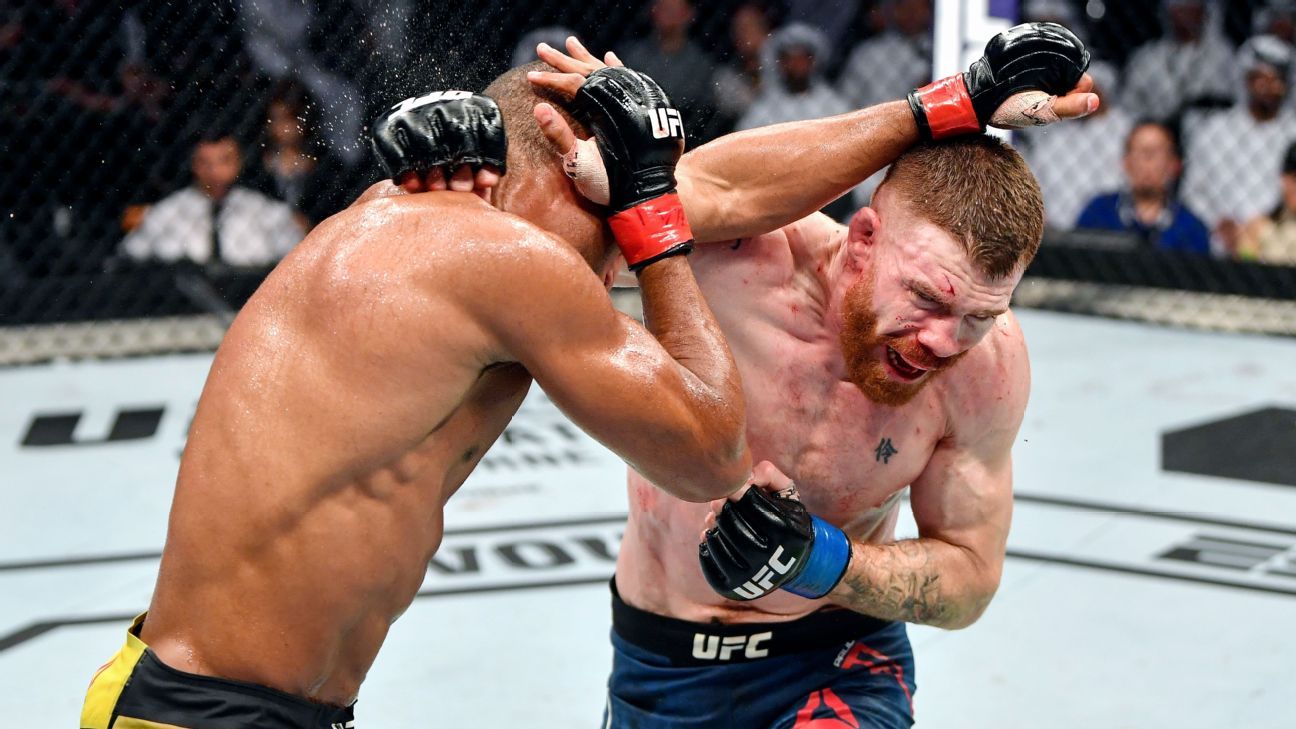 Paul Felder, a fan favorite and staple of the UFC’s lightweight rankings for years, announced his retirement from mixed martial arts on Saturday.

Felder (17-6), of Philadelphia, broke the news during Saturday’s broadcast of UFC Fight Night, on which he was serving as a commentator. The announcement was a little surprising, as Felder, 37, is still considered one of the best lightweights in the world and headlined UFC events in his past two performances.

Ultimately, Felder said he didn’t see a direct path to a UFC championship in his near future, which led to his decision to walk away.

“I don’t have a burning desire to fight up for many more years and become a champion,” Felder said. “I always said if I don’t see that title picture a year or so into my future, I would retire and I would do it for my friends, family and myself. I’m 37 years old and I feel very fresh. I love the UFC with all my heart for everything they’ve given me and the opportunity they’ve given me [to commentate]. I’m retiring officially from the sport of mixed martial arts.”

Felder broke into the UFC in 2014, after fighting on the East Coast regional scene. He scored a highlight-reel, spinning-backfist knockout over Danny Castillo in his second UFC appearance and went on to have back-and-forth wars with Edson Barboza, Mike Perry and Dan Hooker, among others.

In the UFC’s official lightweight rankings, Felder is still ranked No. 9; however, it likely would have taken him at least two more wins to get back into title contention. Prior to his loss to dos Anjos on short notice, Felder suffered a very close split decision loss to Hooker.

During his announcement, Felder apologized to the 155-pound division for not making his decision sooner and potentially holding up certain fights.