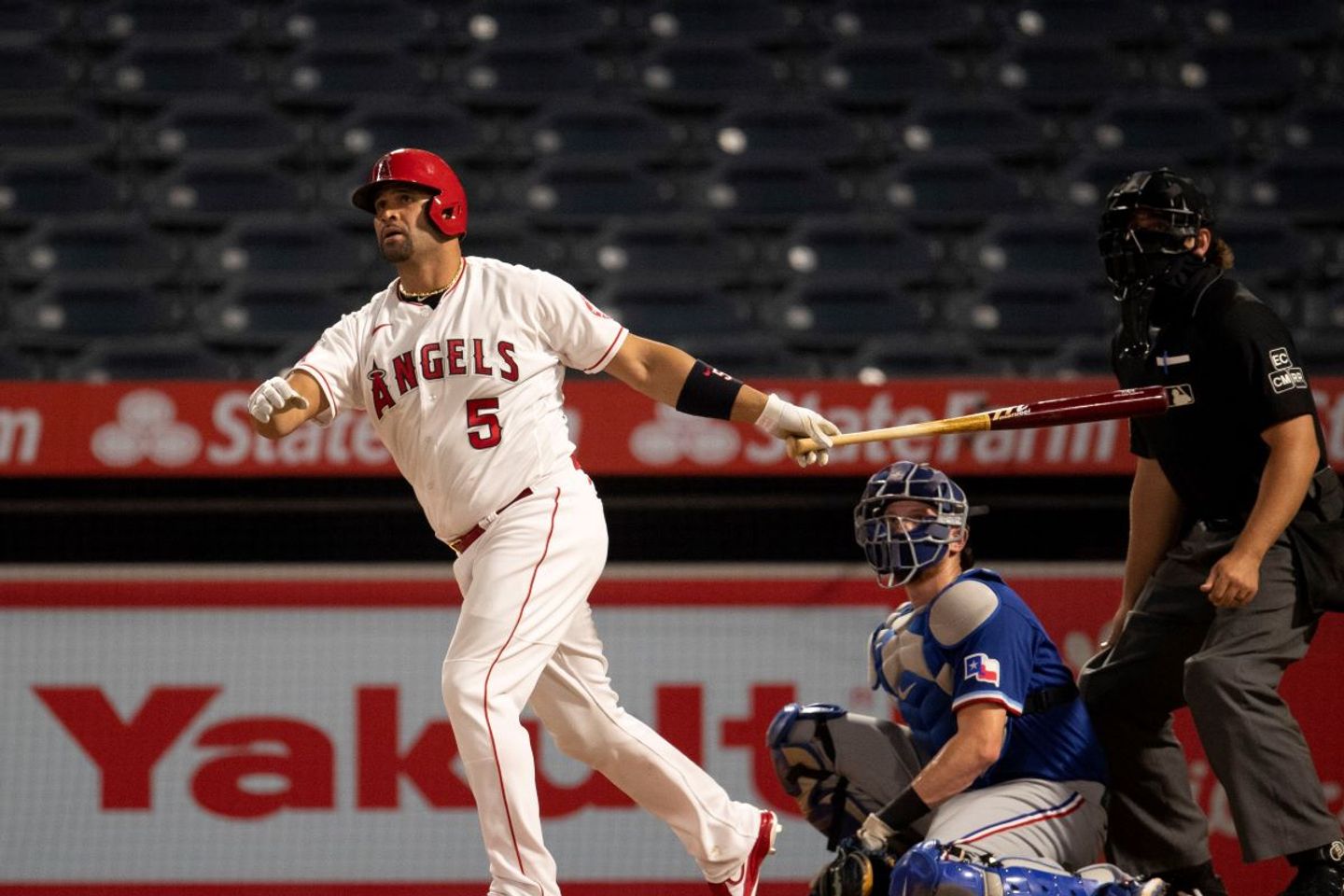 Los Angeles Angels slugger and three-time MVP Albert Pujols is undecided about whether he will retire after 2021, a source confirmed to The Athletic on Monday, contradicting an Instagram post by Pujols’ wife that said 2021 would be her husband’s final major-league season.

“Today is the first day of the last season of one of the most remarkable careers in sports!” Deidre Pujols wrote Monday on Instagram. “I’m talking about my husband @albertpujols who since the time he was a child would eat, sleep, and breathe this sport. I have had the privilege to walk out 23 years of this baseball journey and it is with such a full heart that I speak a blessing over him as he finishes this good race!”

Pujols, a 10-time All-Star, responded to his wife’s post with three heart emojis. Deidre Pujols later updated her post, editing the first sentence to read, “Today is the first day of the last season (based on his contract) of one of the most remarkable careers in sports!”

She updated the post again with a new first line, reading, “THIS IS NOT AN OFFICIAL STATEMENT OF PUJOLS RETIREMENT I’M JUST TRYING TO SEND MY HUSBAND WITH BLESSINGS INTO 2021 SEASON.”

The 41-year-old is entering his 21st season in the majors and his 10th with the Angels. He spent the first 11 years of his major-league career with the St. Louis Cardinals, earning nine All-Star appearances and three NL MVP awards (2005, 2008, 2009). Pujols also helped the Cardinals win the World Series in 2006 and again in 2011.

He ranks fifth all-time in home runs (662), trailing Alex Rodriguez by 34 for fourth, and third in RBIs (2,100) after passing Rodriguez last season.