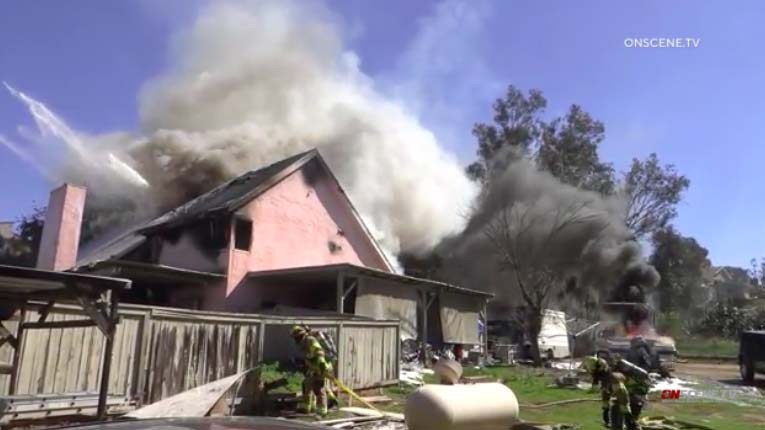 The blaze in the 3000 block of Dora Vista Lane in Jamul erupted shortly before 12:30 p.m., according to Cal Fire.

It took crews about an hour to extinguish the flames, which gutted the two-story house and engulfed a car, an RV and a boat parked outside of it, said Thomas Shoots, a fire captain with the state agency.

Firefighters found the family’s dog dead inside the charred structure. No other injuries were reported.

OnScene TV reported that the dog was an ability contest show dog and retired Sunday after its last competition.  The Labrador Retriever was found dead on the living room couch, the news service said.

The American Red Cross was called in to help the residents arrange for emergency shelter, Shoots said.

The cause of the blaze was under investigation.

— Ken Stone contributed to this report.