After winning election past retirement age, Louisiana judge pushes back against complaint | Courts 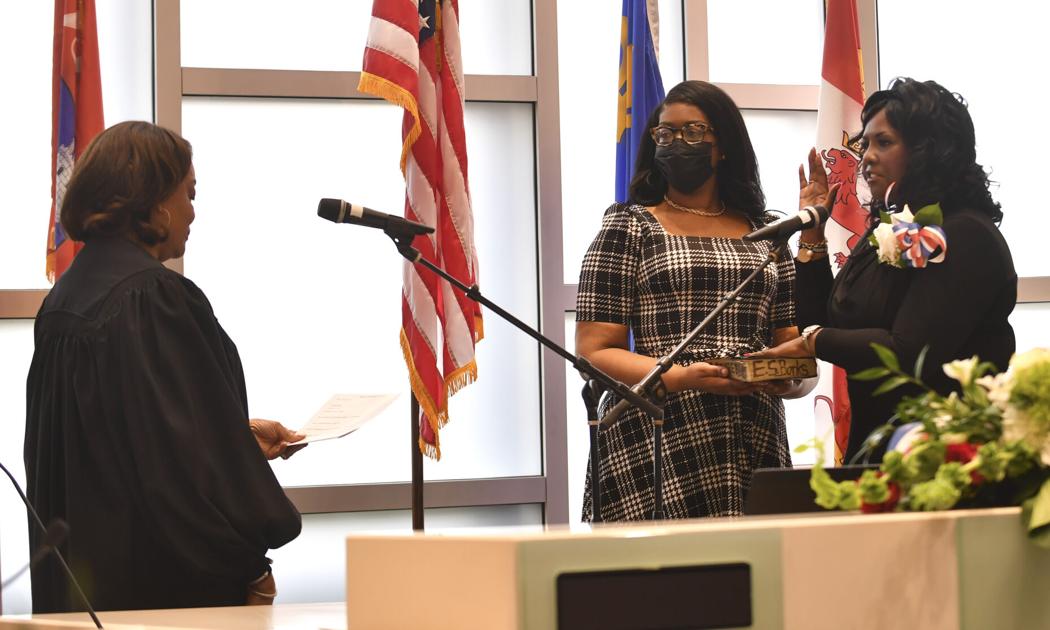 By the time Johnell Matthews won election last year to fill a vacant seat on the City Court bench in Baton Rouge, it was already time for her to retire, a special counsel to the state Judiciary Commission argued at a hearing Tuesday.

Matthews, though, claims a mandatory retirement age of 70 for judges under the state constitution doesn’t apply to her. Far from retiring, she was just getting started, her attorney argued.

Matthews testified over more than an hour before a hearing officer of the Judiciary Commission, as she sought to defend a judgeship she won on Aug. 15 when she routed lawyer Whitney Higginbotham Greene in a runoff.

The hearing before Carolyn Gill-Jefferson, a retired Orleans Parish civil court judge, appeared to mark the first public hearing over a disciplinary complaint against an elected Louisiana judge. Under pressure last year, the Supreme Court changed its rules to allow access to Judiciary Commission proceedings once charges have been filed.

Matthews won an election twice delayed for the pandemic under emergency orders from Gov. John Bel Edwards. The primary had been scheduled for April 2020 but came off in July. Matthews turned 70 in the interim, on June 7.

The state constitution says a judge “shall not remain in office beyond his seventieth birthday,” though jurists who reach that age while in office can finish out their terms. State voters reaffirmed their support for the judicial age limit in 2014.

Matthews survived a court challenge from Higginbotham Greene and was sworn in Sept. 9, taking her seat on a court that hears low-level civil, criminal and traffic matters. Now, she faces allegations of judicial misconduct from the commission, which makes recommendations to the Louisiana Supreme Court, the only body that can remove a sitting judge.

Matthews has remained on the bench, though the commission in February charged her with bringing “disrepute” on the judiciary every day she sits there. The Louisiana Supreme Court voted 5-2 not to suspend her in the meantime.

Matthews had run twice for judgeships and lost before throwing her hat in the ring one last time in January 2020 for a spot that came open when Judge Tarvald Smith won a district court seat. She’d planned to serve out the remaining 3 1/2 years of the six-year term, fulfill a professional dream and leave the bench.

There are no age limits spelled out in the state constitution to run for judge; the 70-year cap is contained in a section of the constitution dealing with judicial retirement.

Matthews’ attorney, Mary Olive Pierson, argued Tuesday that the mandatory retirement provision doesn’t apply to a judge who was legally qualified to run and was taking office for the first time.

“Ms. Matthews was embarking on a new career,” Pierson said. “Ms. Matthews is not retiring from anything. How could she already be retiring one second after she took that oath of office?”

Pierson pointed to a September ruling by 19th Judicial District Judge William Morvant that allowed Matthews to take the city court bench after her win. Morvant also noted the differences in the qualifications needed to run for judge and those needed to serve. It may be a loophole, he found, but it wasn’t for him to fix.

Morvant also cited leeway that the Louisiana Supreme Court has granted to others during the COVID-19 crisis.

The court, for instance, allowed a proxy to sign qualifying papers for Baton Rouge District Judge Richard “Chip” Moore while he was incapacitated with the virus. It also changed its rules last year to let hundreds of law grads forgo the bar exam, in a controversial split vote.

Pierson argued that Matthews seemed to be the only one excluded from such breaks.

“But for COVID-19, this wouldn’t have happened,” she argued.

But Lantz Savage, special counsel to the Judiciary Commission, argued that none of the Supreme Court’s measures related to the COVID-19 emergency contradicted the state constitution, which lays out the qualifications for judicial candidates and judges.

Savage also said Matthews’ argument that the constitutional age cap was meant only for retiring judges would lead to “patently absurd consequences.” People of any age could run for judge and serve a single term, for instance, while sitting judges over 70 would have to retire.

“When a judge nears the completion of his or her term, an election is scheduled to fill that position. It is essential, therefore, that whoever seeks judicial office be able to serve,” the court ruled. “If a person cannot serve, he or she cannot be a candidate for office.”

Gill-Jefferson is expected to forward her decision to the Judiciary Commission, which could hold its own hearing before forwarding any recommendation for discipline of Matthews to the Supreme Court.