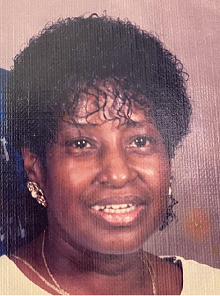 WILLIAMSBURG — Martha Louise Hill, 78, passed away Saturday, April 10, 2021. She was born on May 26, 1942, to the late Francis Louise Robinson and Calvin Harvey in Center Cross, Virginia. She was educated in the Essex County Public schools. Martha fellowshipped at Macedonia Baptist Church and was a committed choir member of the church.

On April 1, 1983, Martha married the love of her life, Alvin E. Hill, and devoted her never-ending love to him. Together, they created an unbreakable bond and built their life in Williamsburg, where they raised their children and grandchildren, creating many treasured memories.

Martha worked for the Virginia Gazette for many years and later retired from Williamsburg Landing Retirement Center. She was a hardworking, sweet, soft-spoken and easygoing woman whose smile could light up any room she entered. Spending time with her children and grandchildren was her greatest love. She also enjoyed cooking, traveling, and most of all, dancing. Martha’s most cherished moments were when all of her family came together.

Martha was preceded in death by her brother, Henry Russell Harvey.

No services are scheduled for Mrs. Hill at this time.

Share online condolences with the family at Whiting’s Funeral Home.

Always be informed. Click here to get the latest news and information delivered to your inbox