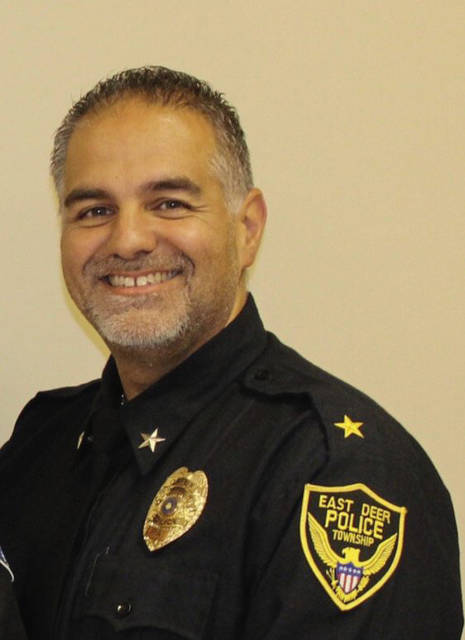 A new era in East Deer police protection may be forthcoming with the retirement of longtime Police Chief John Manchini.

Manchini, a township policeman for 27 years and the township’s only full-time officer, submitted his resignation for purpose of retiring. The commissioners accepted it Thursday with regret and thanks. It takes effect Tuesday.

“For the past 27 years I’ve worked alongside a great group of police officers,” Manchini told the Tribune-Review on Friday. “It’s always been my goal to leave the department in the best place possible in order to ensure continued high level service for the township.”

Manchini is only 51 and commissioners Chairman Tony Taliani said he has accepted other full-time employment, not in police work. Manchini declined to say what his new job is.

However, the commissioners weren’t quite ready to bid a final farewell to him.

The board on Thursday also voted 4-0 to keep Manchini on board as part-time officer-in-charge, as Taliani put it, “pending what we decide to do about police services.” Commissioner Ed Kissel was absent.

He said Manchini agreed to help the township out until the commissioners decide what direction to go in terms of policing.

“I’ll continue to serve with the same dedication and commitment in the upcoming months to ensure a smooth transition for whichever road the commissioners of East Deer Township wish to travel,” Manchini said.

Taliani emphasized that Manchini’s resignation will not alter police coverage. He said the township will continue to provide 24-hour coverage using its seven part-time officers.

“We want to explore every option,” Taliani said. “We want to make the best decision possible financially and for the safety of the residents.”

One of the options the commissioners will examine closely is merging departments with nearby communities.

He said about 40% to 50% of the township’s budget goes for police services.

“We’ve already had meetings with other departments,” he said. “That process has already started. We’ve met with two other police agencies and we’ll be having more meetings.”

Police mergers have been considered and discussed by Alle-Kiski Valley communities for decades but with sparse success.

Before that an effort to combine East Deer and Frazer with Tarentum for police services fell flat; that led to Frazer creating its own department.

Taliani said the township is using the 2019 police merger study done for Cheswick, Springdale, Springdale Township and East Deer by Allegheny County as a guide or blueprint.

Taliani said one thing is for certain.

“One way or the other, we are going to have 24-hour coverage,” he said.