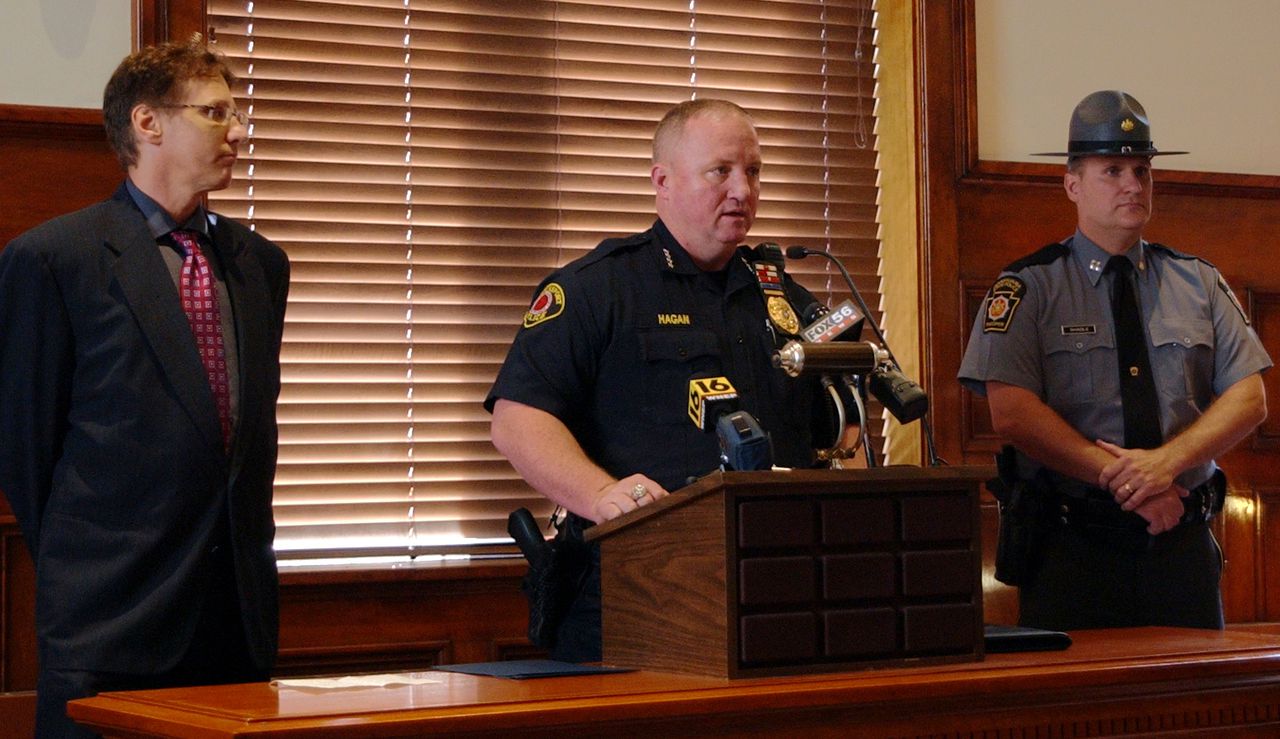 WILLIAMSPORT-The city’s police chief for the past two and a half years has announced his retirement effective Friday.

Slaughter also named him public safety director in March 2020. A replacement or interim chief is expected to be named by the end of the week, Slaughter said.

Hagan said his biggest challenge as chief of the 47-member department was maintaining efficiency while keeping expenditures within budget and coping with new laws.

He lauded the good relationship the department has with other law enforcement agencies in Lycoming County.

Hagan, a native of southern California, is an Army veteran twice deployed to Iraq who rose through the ranks during his 22 years on the force.

He said he is looking forward to retirement and spending more time with his family.

But Miller in December decided to leave the force to become supervisor of public transportation and school safety for the Williamsport Area School District.

Jody Miller quit his school district job after a couple of days because he could not strike a deal with the city to retire after 19 years with a full pension. He returned to the force as a sergeant, the rank he had before being appointed captain.

Captains are management positions not covered by the collective bargaining agreement. The captains under Hagan are Jason Bolt and Justin Snyder.