Why the Delaware Beaches Are a Dream Retirement Destination 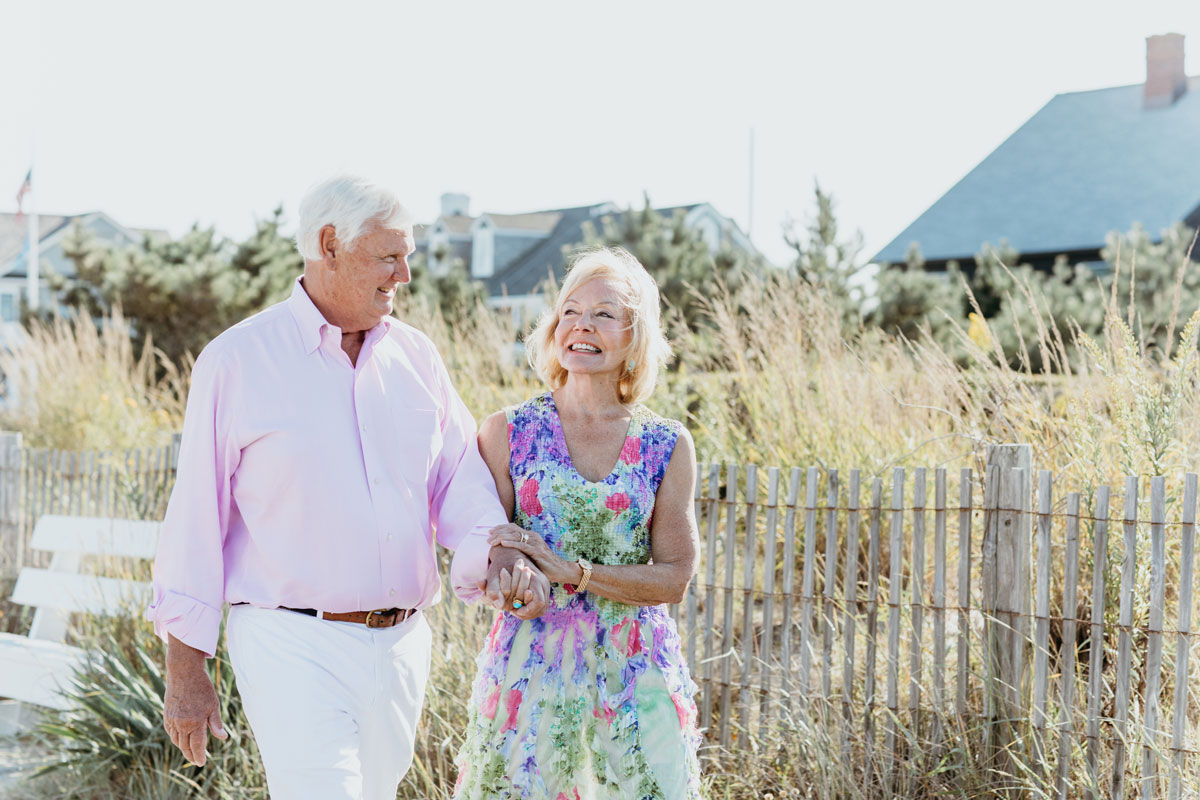 Margie and Bruce Beacham lived in Nantucket and Santa Fe, New Mexico, before deciding to retire along Delaware’s coast, where Bruce vacationed as a boy. Photo by Maria DeForrest

With its scenic locales, low taxes and friendly neighborhood community, Sussex County is the perfect place for retirees to settle.

Throughout their 50-year marriage, Margie and Bruce Beacham asked themselves one question every time they visited a new place: “Would we like to retire here?”

They found their answer in 2018 when they bought a meticulously restored 1840 farmhouse in Lewes. With 3.5 acres, there’s lots of room for their two Labrador retrievers to romp. Family and friends who visit appreciate the pool and two guest cottages.

“It’s close to the water, with a great climate, wonderful seafood and shopping,” Margie says. “Best of all, people are nice, so welcoming, which is not the case everywhere.”

With low property taxes, high quality of life and a relaxed vibe, Sussex County is booming as a retirement destination. The Beachams—she’s an artist, he’s a retired dermatologist—tried two other locations before settling here. Nantucket was too cold and difficult to access. In Sante Fe, New Mexico, Margie developed severe allergies to native plants.

So, they revisited the Delaware beaches, where Bruce had vacationed as a boy. It was a perfect fit for an energetic couple in their 70s, a place conducive to making friends. Bruce fishes and plays tennis; both Beachams recently took up pickleball. A neighbor is a doctor who makes house calls. Sometimes, he rides over on his bike with baskets of fresh fruit and vegetables to share.

“One morning I woke up and heard a chain saw. A tree in front of our house had blown over in a storm, and another neighbor was out helping to clear it away,” Margie recalls, noting the special sense of community you’ll find here.

The Anglers Fishing Club in Lewes / Photo courtesy of visitsoutherndelaware.com

The Beachams enjoy patronizing local businesses, dining at Heirloom and Harvest Tide Steakhouse in Lewes, and Blue Moon, the Back Porch and La Fable in Rehoboth Beach. Margie’s go-to boutique for unique clothes and accessories is Cleo’s in Rehoboth.

“I love it so much it’s dangerous,” she says. “You don’t see what you buy on anyone else.”

The Beachams are originally from Baltimore. Iris Prager moved to Milton from West Chester, New York, in 2008. She was working from home and a year away from retirement when she decided to test the waters in coastal Delaware, where she had vacationed as a grad student at the University of Maryland. It also was close to her two grown children, who lived in the Washington, D.C., area.

It’s close to the water, with a great climate, wonderful seafood and shopping. Best of all, people are nice, so welcoming, which is not the case everywhere.
—Margie Beacham

She bought a house in the Paynter’s Mill development, where her property taxes were $600 a year, a fraction of her $11,000 annual bill in New York. A single woman in her 60s, she immediately looked for opportunities to make friends, joining Seaside Jewish Community, a congregation in Rehoboth, and volunteering at the Lewes Farmers Market.

“I was comfortable from the very start,” she says. 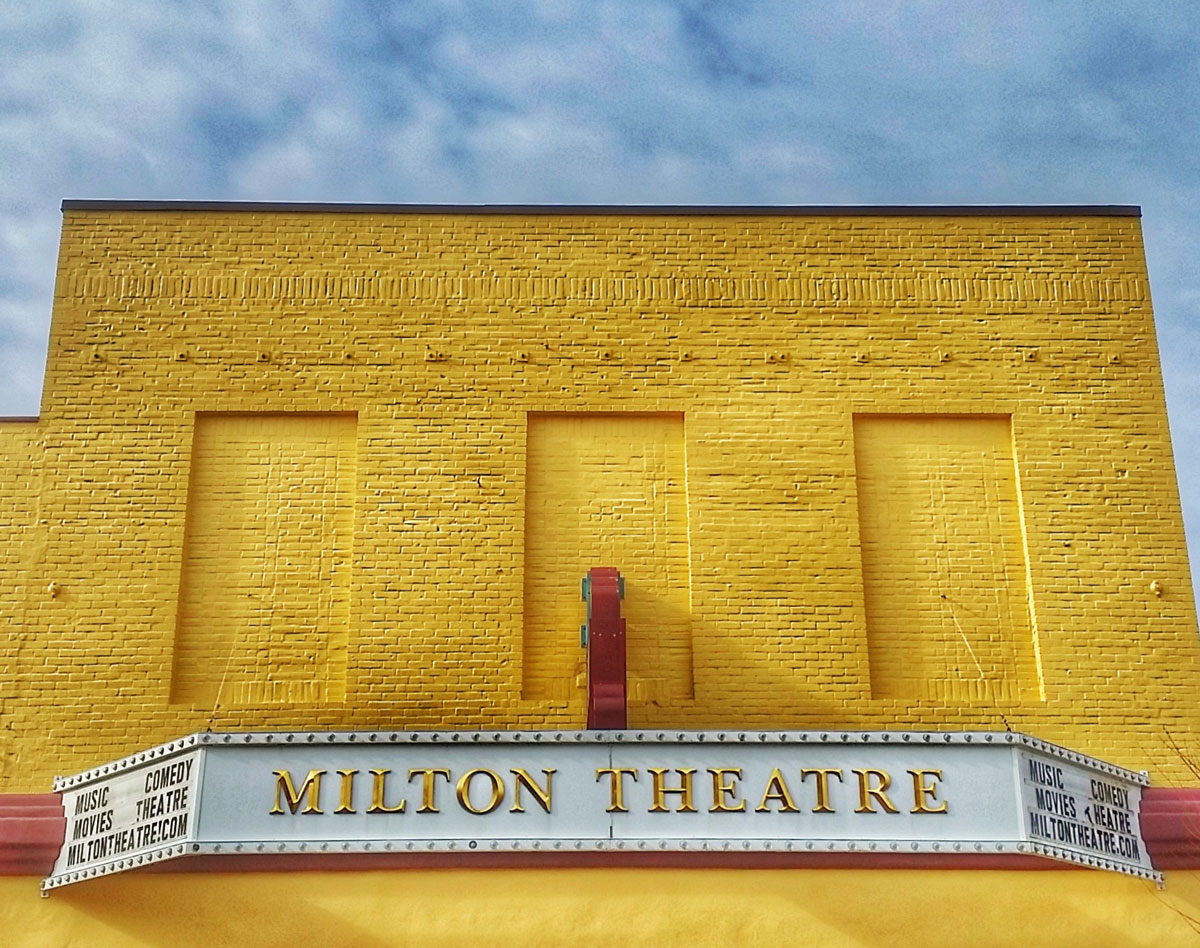 ‘A place that will make you happy’

In spring, summer and fall, Prager enjoys open-air concerts in Milton Park. As a member of the Rehoboth Beach Writers Guild, she listens to readings and music at monthly meetings. She walks on nature trails and the Rehoboth boardwalk.

Over the years, her kids moved on to other locations, but Prager stayed put.

“I tell people, ‘Don’t retire to someplace just to be near your children, because your kids might move to a new place,’” she says. “Move because you are going to a place that will make you happy.”

Increasingly, homebuyers are seeing Sussex as their happy place. The county boasts a homeownership rate of 80 percent, compared to 71 percent statewide and far above the national rate of 64.6 percent, according to the U.S. Census bureau. Baby boomers, defined as Americans born between 1946 and 1964, make up only 25.6 percent of the state’s population, but they are far more likely than other age groups to buy property. Boomers own 45.2 percent of the First State’s residential real estate, the fifth-highest rate in the nation.

That’s inspired a boom in 55-plus communities, ranging from townhomes west of Route 1 to single-family properties closer to the beach with luxurious, resort-style amenities. For example, Heritage Shores in Bridgeville is a community of 1,800 homes with a champion 18-hole golf course, bocce ball court, restaurant, tavern and 28,000-square-foot clubhouse with a fitness and aquatic center. Prices start around $300,000. Truitt Homestead is a half-mile from downtown Rehoboth and includes a pub and fitness center. Prices for single-family homes start in the mid-$400,000s. 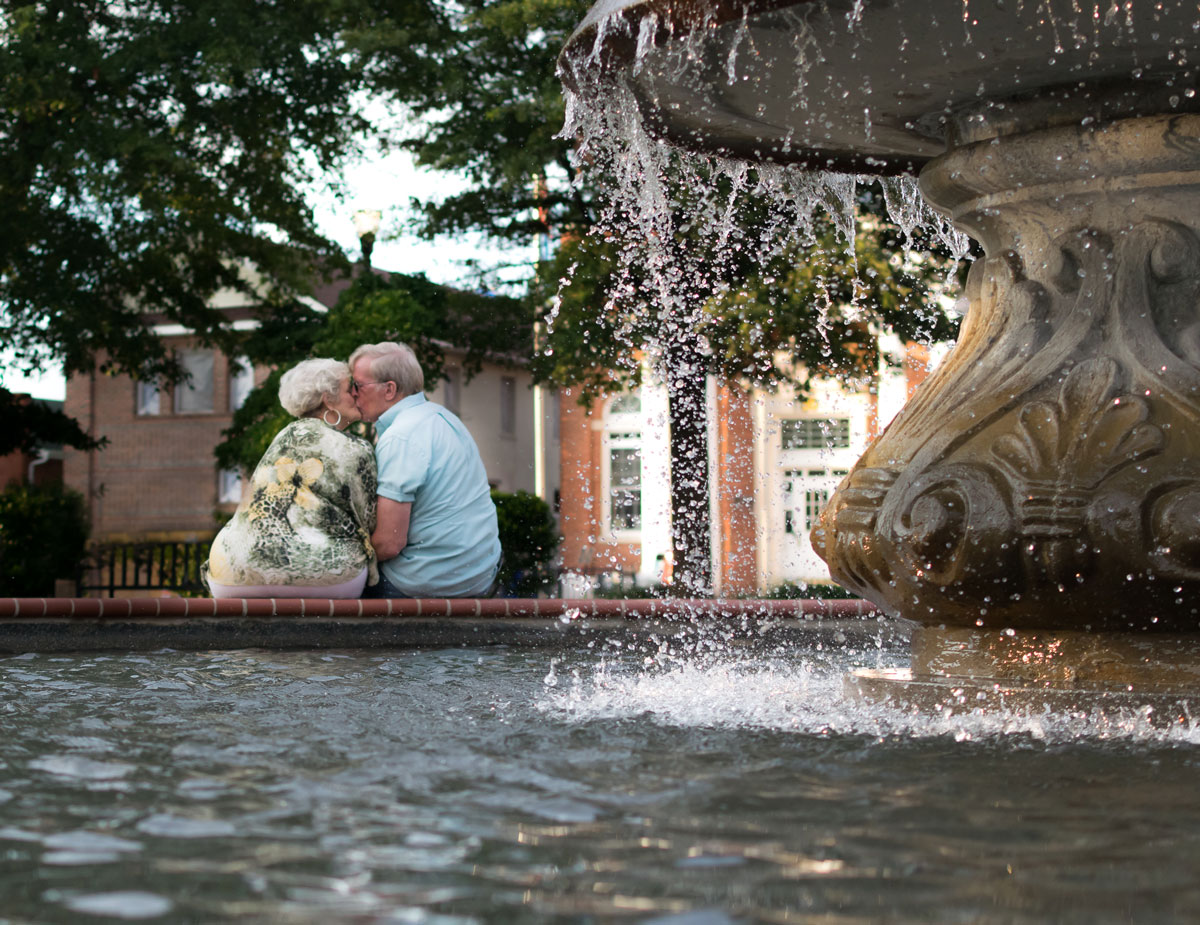 A ‘better place to retire’

The Village of Cinderberry in Georgetown is a condominium community with a clubhouse, where residents gather to play cards and horseshoes, and swim in the indoor heated pool. Ron Hinkel, a retired building consultant, moved to Cinderberry from Pennsylvania eight years ago, attracted by low taxes and Cinderberry’s modest $320-per-month HOA fees.

He frequently walks the half-mile from the development into the city of Georgetown, where he dines at the Family Restaurant or Brick Hotel.

“Delaware in general and Sussex County in particular is a much better place to retire than Pennsylvania or Maryland,” he says. “If you’re looking for a place with daily activities, a 55-plus community is the place to be.”

To care for an aging population, Beebe Healthcare has updated its flagship hospital in Lewes and added a new freestanding emergency department at the South Coastal Health Campus near Millville. A new $48 million comprehensive care center on the South Coastal campus provides medical, radiation oncology and hematology services. Beebe continues its expansion with a $124 million surgical hospital on Route 24 in Rehoboth with a target opening in 2022.

In western Sussex, Nanticoke merged with Salisbury’s Peninsula, which expanded from Maryland. Dover-based Bayhealth is moving into coastal Sussex after building a sprawling healthcare campus at the edge of Milford.

From Long Island to Milton

The only stumbling block Linda and Jim Quigley encountered when they relocated from Long Island, New York, to Milton in 2018 was finding a general practitioner who was accepting new patients. They were connected with a primary care provider at Beebe when Jim was rushed to the emergency room with a broken leg. He is now on the mend, taking walks on the beach with his visiting grandchildren.
In Milton, 40 percent of the population is 55 or older, according to Niche, a gatherer of residential data. The community has a small-town feel, with a farmers market, indie restaurants, parks and the Milton Theatre, built in 1910 and now a venue for films and live performances.

We love that Milton is a mix of retirees, young families and people in between.
—Linda Quigley

The Quigleys identified Milton as their destination after a series of exploratory trips to Delaware, starting in Smyrna and going as far south as Bethany Beach. It didn’t take long to feel at home. Linda found a great hairdresser, John Potocki at Salon Milton, and started volunteering at a food pantry. Jim fishes in the Broadkill River.

“We love that Milton is a mix of retirees, young families and people in between,” she says.

In Long Island, the Quigleys lived in a 100-year-old home. In Milton, they bought a new twin house at the Preserves on the Broadkill, a 22-home subdivision that adjoins protected land.

Now that they are in their 70s, the couple appreciates the convenience and low maintenance of new construction.

“We were happy to give up taking care of an old house,” Linda says. “We are at a stage of life where we can take things easy and enjoy our lives—and Milton is the perfect place to do that.”