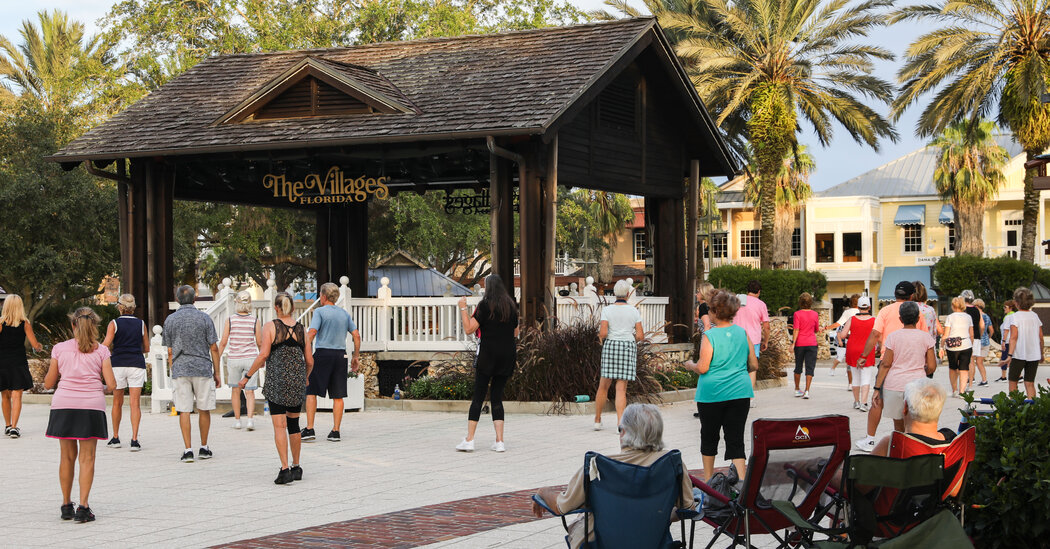 MIAMI — Amid a slowing of overall population growth in the United States, a Florida retirement community continued its rise to the top of the population charts: The Villages, a sprawling master planned community in Central Florida, was the fastest-growing metropolitan area over the last decade, according to census data released Thursday.

About a 45-minute drive from Orlando, the area’s population jumped 39 percent since 2010 — from about 93,000 residents to about 130,000. The growth was fueled in large part by a steady stream of retirees lured by Florida’s year-round balmy weather, beaches and endless golfing. The community, a collection of homes and villages, has made the fastest-growing list of metropolitan cities for several decades.

Built in the 1960s as a collection of tracts that could be purchased by mail order, The Villages skyrocketed in popularity in the 1980s and 1990s as it expanded to include large-scale dining, shopping and other leisure activities, becoming a palm tree-lined, self-contained home for seniors beginning their next chapter.

The Villages stretches across three counties but is mostly in Sumter County. It includes three ZIP codes, along with multiple town squares, movie theaters, grocery stores and libraries.

The Villages is mostly white and conservative, and over the years has become a familiar campaign stop for Republican candidates.