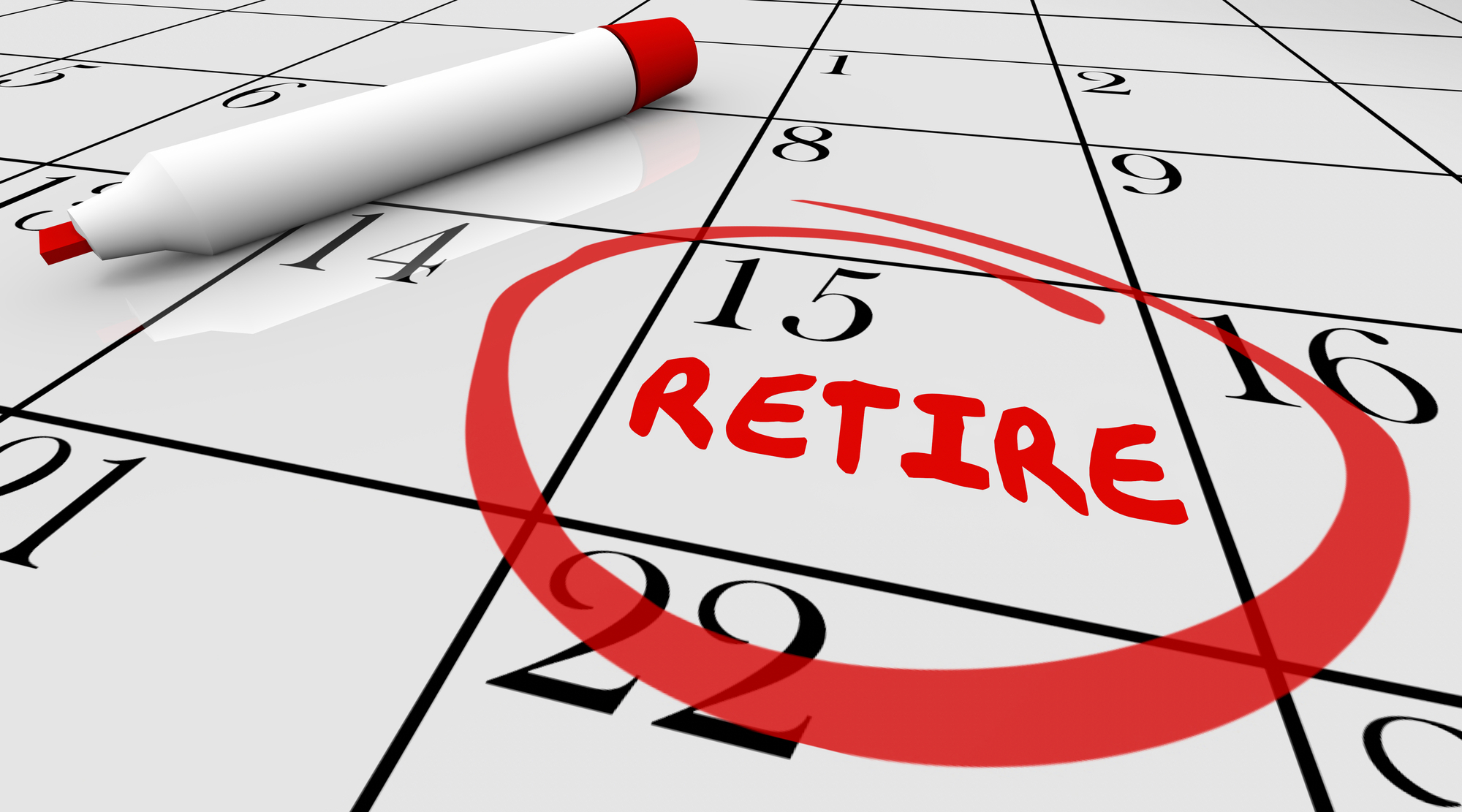 Federal retirements in July saw a big jump compared to last year, but the average processing time has swelled to nearly three months.

The latest numbers show that 2021 is generally seeing far more federal retirements than in 2020, when the pandemic reached its height. With the exception of January and February, every month this year has had year-over-year increases ranging from 10.8% to 47.2%.

Most notably, the 22% increase in federal retirements from June to July has led to a growing claims backlog. The inventory of claims ballooned from 24,999 in June to 27,001 in July, reversing the backlog’s downward trend after its peak in March. 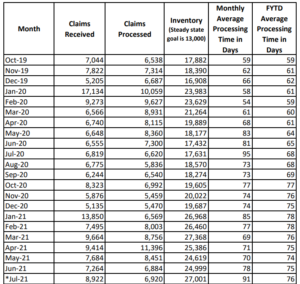 OPM included a disclaimer that disability claim determinations are included in the pending number after approval, and that “average processing time in days represents the number of days” beginning from when it receives the retirement application through final adjudication. 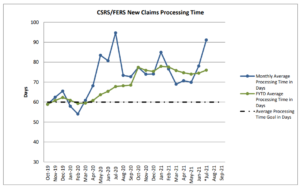