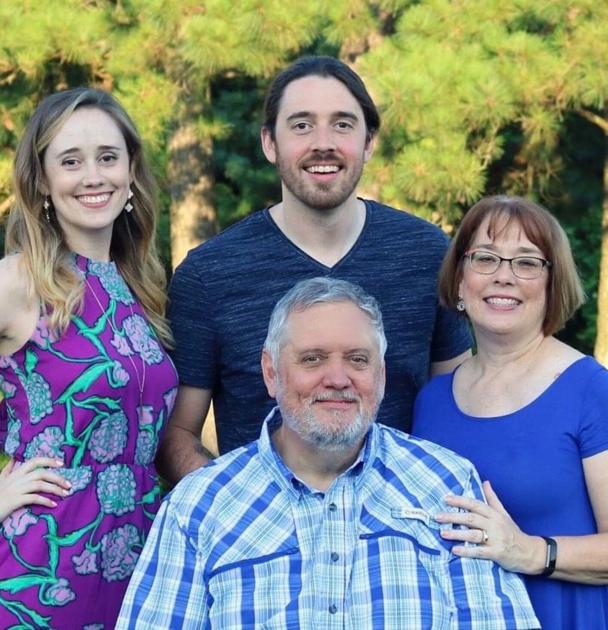 Before retiring in 2018, Steve Wheatley of Radcliff spent more than three decades practicing law in the area. Now, instead of finding him in a courtroom, you often can find Wheatley behind the counter or sorting through shelves at the Hardin County Public Library.

“For me, the most enjoyable part is that it is primarily low-stress whereas almost all facets of practicing law involve conflict, which can be stressful,” he said.

Growing up on a farm in Breckinridge County, Wheatley graduated from St. Romuald High School in 1975. He then went on to earn his undergraduate degree from Western Kentucky Uni­versity and earned his law degree from the University of Louisville Louis D. Brandeis School of Law in 1982.

Wheatley later joined the law firm Pearl, Mus­sel­white, Wheatley, Smith & Gohman before starting his own Radcliff-based practice in 1991. The next year, he began working part-time as a prosecutor with the Hardin County Attorney’s Office.

While practicing law in Radcliff, Wheatley met his wife, Teri, and they married in 1984. He served on the board of directors for the Rad­cliff-Vine Grove Cham­ber of Commerce from 1991 to 1994 and again from 1998 to 2000. He also served as president for the chamber in the mid 1990s.

In 2000, Wheatley added child support enforcement to his duties at the Hardin County Attorney’s office and closed his private practice. He retired from Attorney’s Office in 2014 but later worked part-time from 2015 to 2018.

“The most rewarding aspect of this field was collecting millions of dollars for children in Hardin County,” he said. “The most disappointing part were the cases where the noncustodial parent’s indigency made enforcement difficult.”

“Steve was always a team player and always had a smile on his face,” she said. “He wasn’t ruffled by anything and his middle name is steady.”

In 2010, Wheatley received the The John R. Fendley Child Sup­port Attorney of the Year Award.

“That award should really be a team award because I was blessed to work with a great staff at the Hardin County Attorney’s Office Child Support Division,” he said.

Upon retiring in 2018, Wheatley said his greatest priorities were spending more time with his family and volunteering more often. In addition to his work with the Hardin County Public Library, Wheatley also regularly volunteers with Room in the Inn with his wife.

Room in the Inn is designed to provide meals and shelter for homeless individuals in the region during the winter months. Volunteers are responsible for registration, hosting overnight stays and providing breakfast for recipients.

“As God has given me so many blessings, more than I deserve, one of the reasons that I chose to end my law career was to expand on volunteer opportunities,” he said. “… Staying overnight with the needy at Room in the Inn is one of the most fulfilling experiences I have had as well as spending one hour of prayer every Friday at St. James in a quiet church.”

Oldham said given Wheatley’s work at the Attorney’s Office, it’s no surprise he is continuing to serve in post-retirement.

“I’m not surprised that Steve has found another way to serve the public,” she said. “The library is fortunate to have him.”