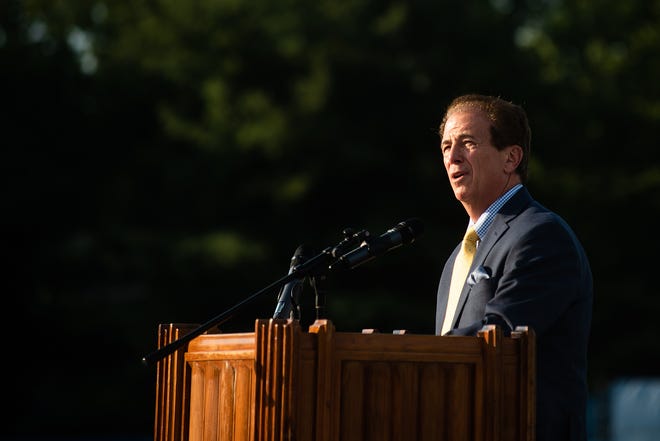 MIDDLETOWN –Superintendent Richard Del Moro unexpectedly announced his retirement after nearly 35 years with the Middletown School District at the Sept. 2 school board meeting, but the reason for his sudden departure is unclear.

Del Moro’s retirement — which will take effect on Oct. 7 — was unanimously approved by the Board of Education that evening.

During the meeting, Del Moro said he’d been “talking about this over the past week or so,” but did not provide an explanation for why his retirement came about so suddenly.

Del Moro was not available to speak with the Times Herald-Record during or after the Sept. 2 meeting.

Back to school: new year begins

What we don’t know: