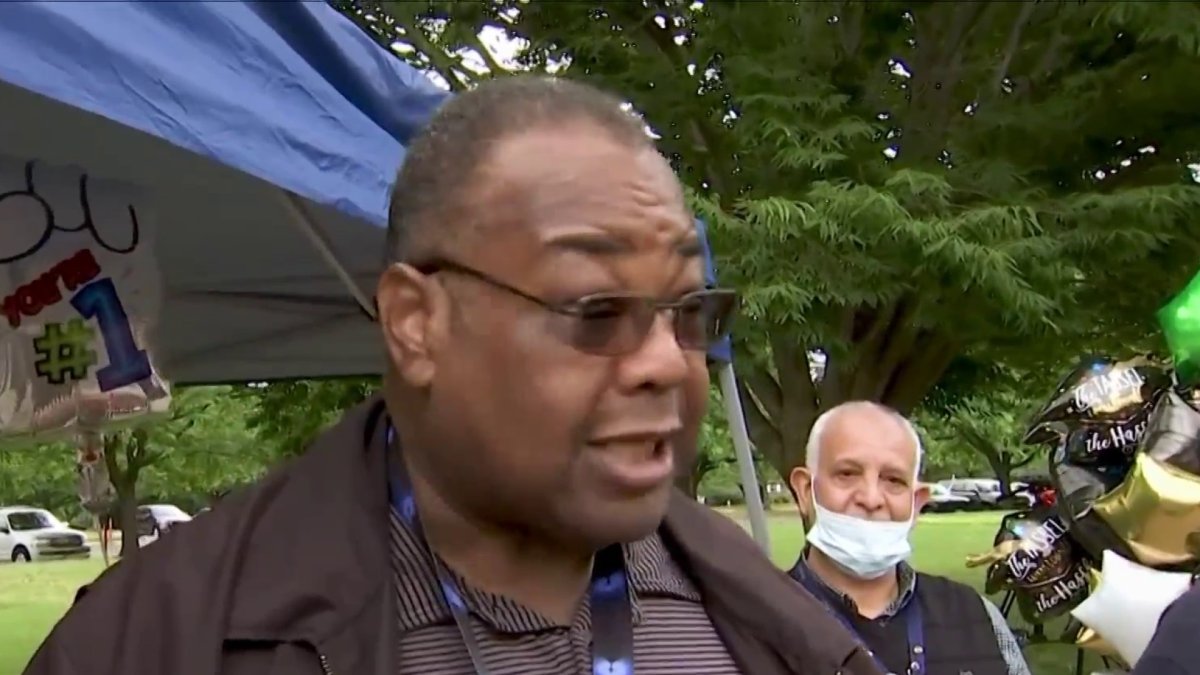 A man who spent 42 years of his life as a school security officer retired Friday with a surprise celebration.

Leroy Williams went to work knowing he would see his students off on their last day of class. He didn’t know everyone else from Metz Middle School in Manassas, Virginia, came to send him off, too.

“I just can’t believe it,” Williams said at the celebration, which included a parade of cars and school buses filled with people congratulating him.

Williams says that to have an impact on someone’s life, you have to show up. After years of showing up for his school, they all showed up for him.

“You greeted me when I got started here and you’ve been my friend ever since. And I will miss you, my friend,” said one man who congratulated Williams at the celebration.

One graduating student asked Williams to sign his cap for him.

“He was like a father figure for me, actually. I was struggling in school a little bit, but he was being there for me,” the student said.

Throughout his 42 years, Williams has had an impact great enough to gain a godson in the process.

Williams had to give one student, Nakia Cooper, an in-school suspension one day.

“And that’s the first day I met him, and history ever since. Kinda took me under his wing, was a father figure after my parents divorced,” Cooper said.

Time and time again, Williams kept showing up for his students.