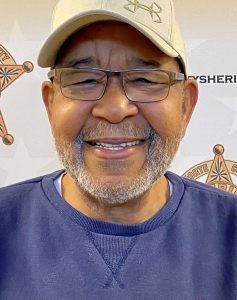 Clayton Jordan, affectionately known to most as CJ, was hired by the sheriff’s office as a merit deputy on Jan. 1, 1973. CJ served as a patrol deputy until Feb. 16, 1981, when he was promoted to the rank of sergeant. During his time as a sergeant, CJ was a patrol shift supervisor and was commander of the La Porte County Jail for several years.  On March 31, 2003, CJ retired from the Merit Division. After being away for just a short period of time, he returned to the sheriff’s office on Dec. 20, 2003, and began working in the Civil Division. CJ served civil papers until his retirement on March 1, 2021. 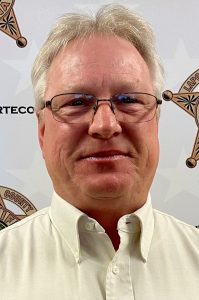 Mark Lachmund was hired by the sheriff’s office as a jail deputy on June 1, 1983.  On Jan. 1, 1987, he was promoted and transferred to the Merit Division. During his time as a merit deputy, Mark spent 12 years in the Criminal Investigation Division. As a detective he investigated crimes, specifically felony-related sex offenses. On June 17, 2011, he retired as a merit deputy and returned to the Jail Division. On April 1, 2013, he transferred to the Civil Division. Mark served civil papers until his retirement on March 1, 2021.

Boyd stated, “On behalf of the entire LCSO, past and present, I congratulate CJ and Mark on their recent retirements.  For approximately 85 combined years, they served the citizens of La Porte County with distinction and professionalism.  They and their families have made countless sacrifices for the people of La Porte County and they will leave the sheriff’s office a substantially better organization because of their many contributions.  Thank you, CJ and Mark; enjoy retirement!”

CJ and Mark plan to continue residing in rural La Porte County during their retirements.