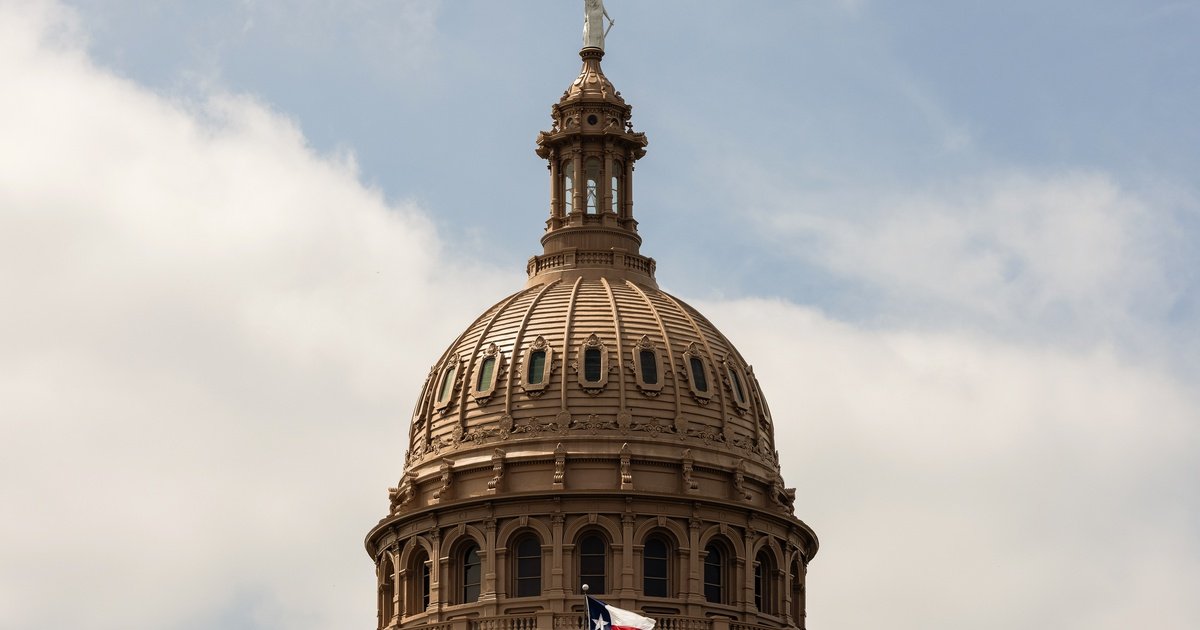 Sign up for The Brief, our daily newsletter that keeps readers up to speed on the most essential Texas news.

A major overhaul to Texas’ pension system for state employees advanced out of the Texas House on Wednesday, inching one step closer toward becoming law amid impending legislative deadlines.

Senate Bill 321, authored by state Sen. Joan Huffman, R-Houston, would enroll new state workers hired after Sept. 1, 2022, in a cash-balance plan — similar to a common 401(k) retirement account — rather than the defined-benefit pension plan that current employees have.

Traditional pensions are calculated based on a set formula that considers factors such as length of employment and salary history. The change would mean employees’ accounts would instead be credited with a set percentage of their annual compensation, plus interest. Opponents argue it could lead to diminished benefits.

The bill would also make significant headway in shoring up the Employees Retirement System of Texas’ $14.7 billion budget shortfall. It authorizes annual payments of $510 million through 2054.

“We now face a very dire situation with the ERS,” said state Rep. Greg Bonnen, R-Friendswood, the bill’s House sponsor. “And it is imperative that we take legislative action or this plan will literally run out of money to pay benefits that are already earned.”

Members in the Texas House voted to advance the proposal by an 80-66 vote. The Senate must sign off on changes to the bill before Sunday, the last day for the Senate to concur on House amendments.

Some state employee unions and Democrats raised objections that changes to Texas’ pension plan could negatively impact the recruitment and retention of state workers.

Texas agencies have struggled for years with chronic understaffing. Staffing shortages led the Texas Department of Criminal Justice in December to permanently shutter one state prison and temporarily close two others. The number of correctional officers in recent months has reached a critical low.

“While we support the much-needed infusion of funds to ERS, we fundamentally disagree that restructuring the system was necessary,” said Jeff Ormsby, executive director of the Texas Corrections branch of the American Federation of State, County and Municipal Employees. “We’ll keep working with state leaders to secure badly needed pay raises for TDCJ employees and improvements to TDCJ facilities and working conditions to ensure this plan doesn’t drive up turnover and make it harder to recruit and retain staff for the department,” he said in a statement.

A trio of Democratic amendments were voted down Wednesday, including one that would’ve created a commission to study and regularly report on employee satisfaction, turnover and retirement security. Another, by Democratic state Rep. Chris Turner of Grand Prairie, sought to delay the implementation of the cash-balance plan for an additional two years while lawmakers studied its impacts. Turner said one of his main concerns is that the bill was “rushed through the process.”

“That process has not provided for legislative scrutiny that we would typically have over such a major piece of legislation,” Turner said. “And we haven’t been able to fully vet this with stakeholders throughout the process.”

Huffman in April unveiled a 15-page committee substitute to SB 321 that was adopted and quickly voted out of its Senate committee. After the vote, the Texas State Employees Union slammed the move and accused Republican leadership of crafting the bill “behind closed doors.”

“How many of us would vote to give up our pensions?” state Rep. Celia Israel, D-Austin, asked her colleagues. She noted that the Legislature, which determines state workers’ salaries, has not approved an across-the-board pay raise since 2015.

“Instead of honoring our promise, we want to not take blame and say that it’s the system’s fault and put our state employees on the hook,” Israel said.

After the House initially approved SB 321 on Tuesday, the Texas Retirees branch of AFSCME lauded lawmakers’ efforts to ensure the fund was actuarially sound.

“We have worked for years to secure this type of support to shore up ERS, protect our pensions, and open the door to cost-of-living adjustments for retirees in the future,” said Luther Elmore, the branch’s president. “As public employees, we did our part by paying into ERS throughout our careers — and now the state is finally doing its part.”

Bonnen, Huffman and others touted the cash-balance plan as a benefit for younger workers who are less likely to spend years — or even decades — with the same employer. The change would allow outgoing employees to transfer their contributions to another retirement account or, for those who choose to keep funds in the account, continue earning interest even after they leave state employment.

If signed into law, new state workers would be required to contribute 6% of their pay to the retirement account, down from the 9.5% required of current state employees. It would guarantee 4% annual interest with a gainsharing provision that could boost interest as high as 7%. Gainsharing is a method by which employees receive additional compensation if they meet predetermined benchmarks. The current state pension plan has a return target of 7%, but has fallen short of that target in recent years.

Law enforcement employees and custodial workers would contribute an additional 2% of their earnings to a separate fund, as current workers in those roles do. They would also be eligible for the 4% guaranteed interest.

At the time of retirement, Texas would match the value of an employee’s account at 150% of its value. The supplemental fund for law enforcement and custodial workers who have been employed for at least 20 years would be matched at 300%. Both matches are the same as are available under the current pension plan.

Bonnen amended the bill Wednesday to add a provision that would allow current workers with at least 43.5 years of employment to begin drawing their annuity before retirement.