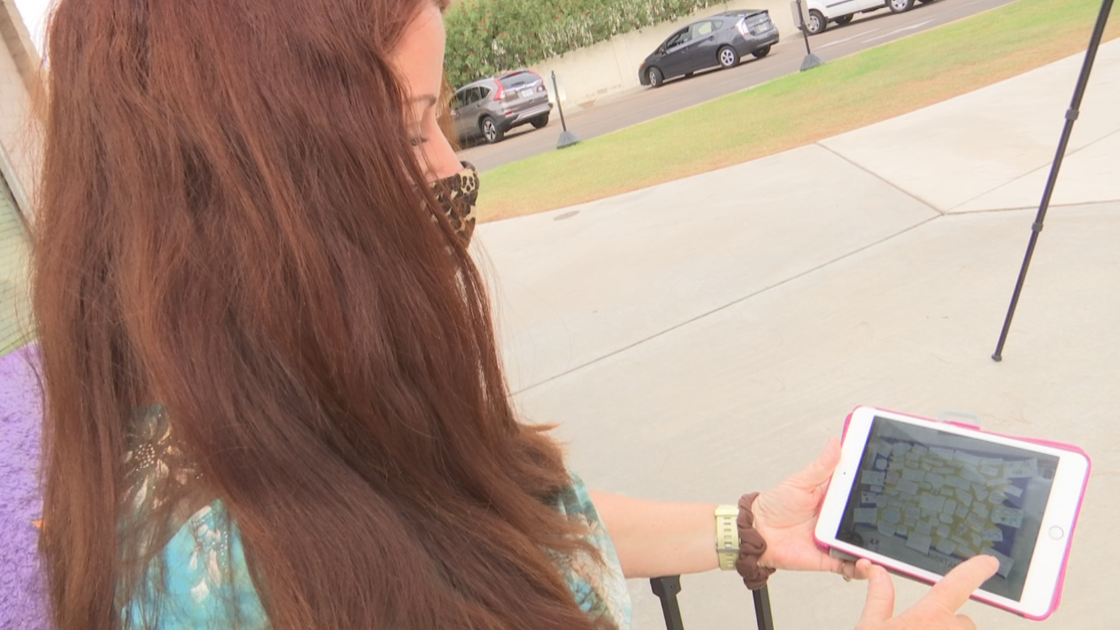 SCOTTSDALE, AZ (3TV/CBS 5) – A Scottsdale teacher may have the most popular yearbook around. On her way to retirement, Nancy Philipp’s goal was to substitute at nearly every school in the Scottsdale Unified School District. And she did it!

After spending her first 19 years pretty much staying at two schools in SUSD, Nancy subbed at 28 schools this year. After it looked like COVID-19 might deny her the chance to finish her teaching career on her own terms, she turned the tables by deciding to teach everybody. “I was very pleasantly surprised that by about Christmas holidays, I told my husband I think I like subbing,” Philipp said.

Philipp didn’t start subbing until October due to the pandemic. And with so many full-time teachers wanting to return to the classroom, checking off those final schools in the district wasn’t easy. “I just finally got it down to the last five, and I started sending emails out to people I knew saying, ‘Hey, don’t you need a day off?'” Philipp said, laughing.

Philipp finally taught at school No. 28 at the end of April. She was a Spanish teacher for most of her teaching career but some of those last schools got a slightly different version of Philipp.

“When I arrived at Tonalea (K-8 School), I was the PE teacher,” Philipp said. “So Senora Philippe became Coach Philippe. I put on my baseball cap, and I was running drills in the gym.”

To keep track of all of her different experiences, Philipp started making a photo journal of her year on the move. “It was just a sense of accomplishment and closure,” Philipp said. “So much good, good closure.”

It was a rare chance to reconnect with old friends while making some new ones. “My yearbook is fully signed, my retirement card is signed. I’ve said my goodbyes. We had our party in one way or the other,” Philipp said. “So yeah, it was a nice surprise.”