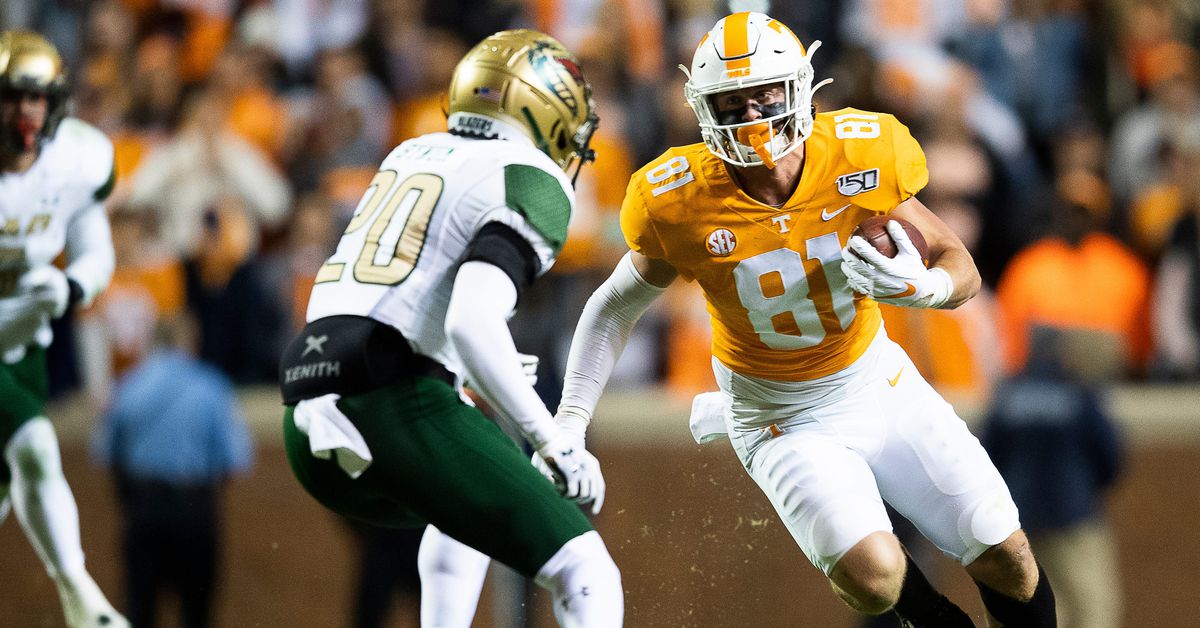 Just a handful of days away from the open of fall camp, Tennessee has lost a couple of veteran players to retirement. Both Austin Pope and Riley Locklear will step away from the game, perhaps slightly altering some plans for Josh Heupel’s offense in year one.

Pope was a veteran presence in the tight end room, returning from a back injury that forced him to miss last season. After a brief stint in the transfer portal, Pope opted to return to Tennessee. He told Rocky Top Insider on Friday night that he now plans to step away from the game.

Pope’s departure will put more pressure on guys like Princeton Fant and Jacob Warren, who are now the veterans in the room. True freshman Miles Campbell will also play a role after making some noise in the spring.

Also retiring from the game is Riley Locklear, who spent four seasons playing for Tennessee. Locklear suffered a season-ending injury last season, and the surgeries and rehab coming off of those issues have forced his hand here.

Locklear played in 24 games during his career at Tennessee, making four starts along the way. This development dings Tennessee’s depth up front a bit, but Cade Mays, K’Rojhn Calbert, Jerome Carvin, Cooper Mays and Javontez Spraggins are a more than capable group.

We’ll see how the combination up front begins on Wednesday, as Tennessee opens fall camp.