Taylor Twellman gets emotional about New England Revolution unofficially retiring his No. 20 jersey 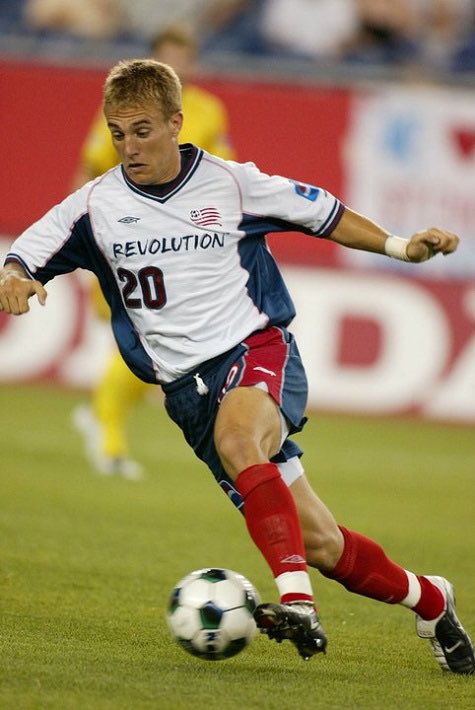 Taylor Twellman may not have noticed it at first, but a tweet from the New England Revolution‘s newest defender A.J. DeLaGarza gave it away. Since Twellman’s retirement in 2010, no one has worn the No. 20 in New England. The club has unofficially retired the number.

The club’s unofficial “rule” led DeLaGarza, who wore the number for the entirety of his professional career, to take to Twitter asking for suggestions for a new number. It was then Twellman found out, and had to put his phone down, overcome with emotions.

I asked @TaylorTwellman what it means to him that no one has worn the No. 20 for the #NERevs since he retired in 2010.

He had to pause for a second before answering. pic.twitter.com/WRqBMvC41S

“Just to be respected?” Twellman told the Revs’ website. “My word, man. It means a ton. It actually means more to me than any Hall of Fame recognition, anything else that I do. I wore 20 to the best of my ability for the Revs, and no one has worn it since.”

DeLaGarza eventually settled on the number 28, which he told the Revolution website is a tribute to his firstborn son Luca, who died a week after he was born because of a rare congenital heart defect. Twellman said he is planning on buying his daughters DeLaGarza jerseys as soon as he can, though DeLaGarza himself plans on sending them to Twellman.

“I’ll have to send him some myself,” DeLaGarza said. “I won’t make him pay for those.”