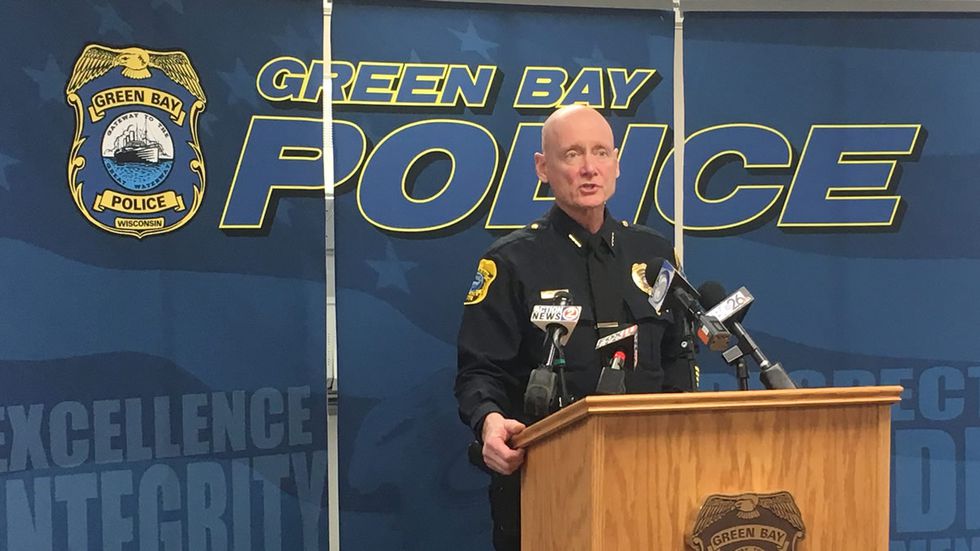 GREEN BAY, Wis. (WBAY) – Green Bay’s chief of police is putting away the badge after more than three decades in law enforcement. Chief Andrew Smith made the announcement to members of the police department before making it public on Facebook Tuesday afternoon that he’ll leave the post on May 3.

Smith posted a video that starts with updates on COVID-19 numbers in Brown County and the police department, local crime reports, and the “Give Big Green Bay” online giving campaign before announcing his retirement more than 3 1/2 minutes into the video. He says information about the search for his replacement will come later. “My understanding is [the Police and Fire Commission] will probably pick an interim police chief to be police chief while they do a nationwide search, which is typically what they do, which is how I got the opportunity to work here.”

In the video, Smith says he gave Green Bay a 5-year commitment. He came to Green Bay five years and two weeks ago, sworn in on February 1, 2016. He came from the Los Angeles Police Department, which he joined in 1988. He was an officer during the 1992 Los Angeles riots after police officers were acquitted in the beating of Rodney King. He said that was a turning point in policing, showing the “Big Blue Machine” wasn’t working. He told Action 2 News in 2017 he believed his experiences in Los Angeles made him a better police chief for Green Bay.

In Green Bay, he put an emphasis on community policing. He held community roundtables to discuss strained relations. He encouraged people who felt under-represented by the city’s police force to apply for a job with the department. He would walk with marchers in civil rights protests and answer questions.

During a Black Lives Matter protest last June, he told us, “I think community policing is everyone’s responsibility. Every officer on every call, every traffic stop and every interaction should recognize this is making an impression on people, being transparent, being cordial, being respectful and policing constitutionally.”

Two years ago, Smith put down what he called “fabricated and unfounded rumors” that he was in line to become Milwaukee’s police chief after a report on a local radio station citing unnamed sources. Smith said he never applied for that job or spoke with Milwaukee officials about it. “I am proud to be the Chief here in Green Bay and have no plans to leave,” he said almost 18 months ago.

Smith also noted in his announcement Tuesday that Green Bay was named one of the nation’s safest cities by U.S. News & World Report a couple months ago. “I couldn’t be prouder of the work of the men and women of the Green Bay Police Department.”

According to the City of Green Bay website, Smith earned a master’s degree in public administration and a bachelor’s degree in psychology. He also attended the FBI’s National Academy in Quantico, Virginia, and the Senior Management Institute for Police in Boston.