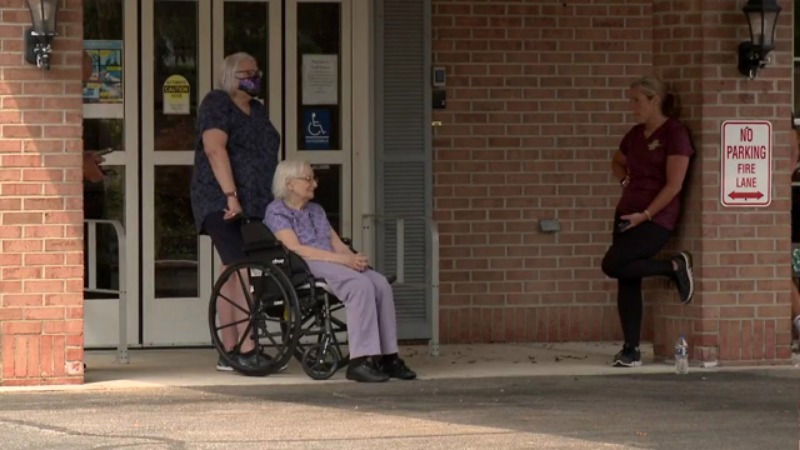 STOW, Ohio (WJW) — “I would not know what to do and how to get this accomplished,” said Susan Cullado as tears welled in her eyes.

It’s been an emotional week for the residents at Stow Glen Retirement Village and their families after they say the health care center told them Wednesday that they were closing.

“Stow Glen right now is in some terrible financial constraints and it finally I think came the day that they could no longer do it,” said Stow Mayor John Pribonic.


Stimulus checks: Where do we stand on more payments?

He says Stow Glen has been around for 37 years in this community and that he didn’t see this coming.

Zelda Burns lived there for almost seven years. “I thought, ‘Well where am I gonna go now?’”

Cullado is her daughter and says they were told to move as soon as they could. “She said that she didn’t want to move because she really loved living there.”

Several nursing homes in the area stepped up including Briarwood Healthcare Community who took in 13 residents.

“A lot of my team here stayed and they got a lot of the rooms ready on our assisted living as well as on our long term care skilled side,” said administrator Tiffanie Kowalczyk.

But moving the residents’ possessions presented another challenge, and that’s where the mayor, the high school’s athletic director and club interact advisor found a way to help.

“The manpower came from asking our students,” said Dinah Henderson, a 9th grade teacher at Stow-Munroe Falls High School who is also the “Club Interact” advisor.

They say more than 75 volunteers made up of students, parents and neighbors, showed up Saturday morning with less than 24 hours notice.

“It went from gathering boxes to putting boxes together to getting into rooms to making sure we had the right rooms, to helping those residents put stuff in boxes,” said Stow-Munroe Athletic Director Kyle Feldman.

But the work is not done. “Right now, there is about 218 individuals there at Stow Glen and it’s gonna be a process to go ahead and move these people,” said Pribonic.

That includes non-profit Pathway to Independence, an organization that works with high functioning adults with developmental disabilities.

“So you’re talking 15 young adults finding apartments in one place. They don’t want to lose the socialization and their friends. That’s pretty much impossible to do. The other obstacle is, this needs to stay in Summit County,” said co-founder Janeen Webb.

They are looking for a place to house them and staff along with an office that has apartment-style living or an apartment complex, something they say isn’t easy to find.

Pathway to Independence asks that anyone who might have a place for them in Summit County to reach out.

While the residents we spoke to say it was unclear when they needed to move out by, Pribonic says they have until October 26. He also said they are working with the 185 staff members to help them find another job.

We reached out to Stow Glen several times but have not heard back.