Stephen Curry sees himself in Buster Posey’s retirement: ‘Not too soon’ 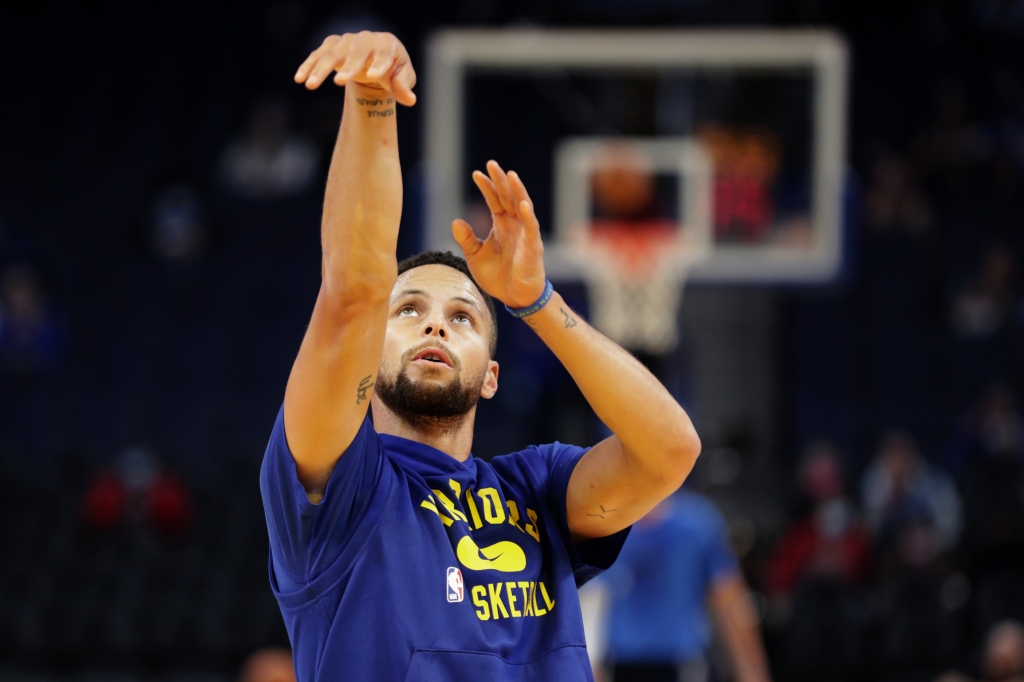 SAN FRANCISCO — Stephen Curry got a twinkle in his eye when he was asked about Buster Posey’s retirement.

“It’s pretty awesome to stand up on a podium like that when your career’s over and ride off into the sunset on your own terms,” Curry said Friday after a 126-85 win over New Orleans. “That’s dope. I hope to be in that situation, not too soon.”

A little less than a year in age separates the Bay Area’s two most beloved sports heroes.

Posey, 34, opted to hang them up despite a career resurgence this season that helped lead the Giants to an MLB-best 107 wins. He already had three World Series trophies, seven all-star appearances and a Most Valuable Player award on his resume.

Curry, of course, can match Posey title-for-title with an extra MVP hardware for good measure. He’s shown no signs of aging in his 13th professional season, still ranking near the top of the NBA with 25.8 points per game after Friday night.

As two first-round draft selections who arrived in the Bay Area in 2009 and never left, Curry and Posey have been subject to frequent comparison, and Curry doesn’t shy away from it.

Curry called Posey’s retirement a shock and said he tuned in Friday morning to his farewell address.

“He’s obviously pure class, the way he represented the entire Giants organization, himself, his family,” Curry said. “It’s so cool to see somebody be able to go out on their own terms, with hopefully with no regrets and a wild resume under his belt. Not just the accolades and championships. But there’s always a feeling of somebody who represented one organization his entire career and did it with class the entire time.”