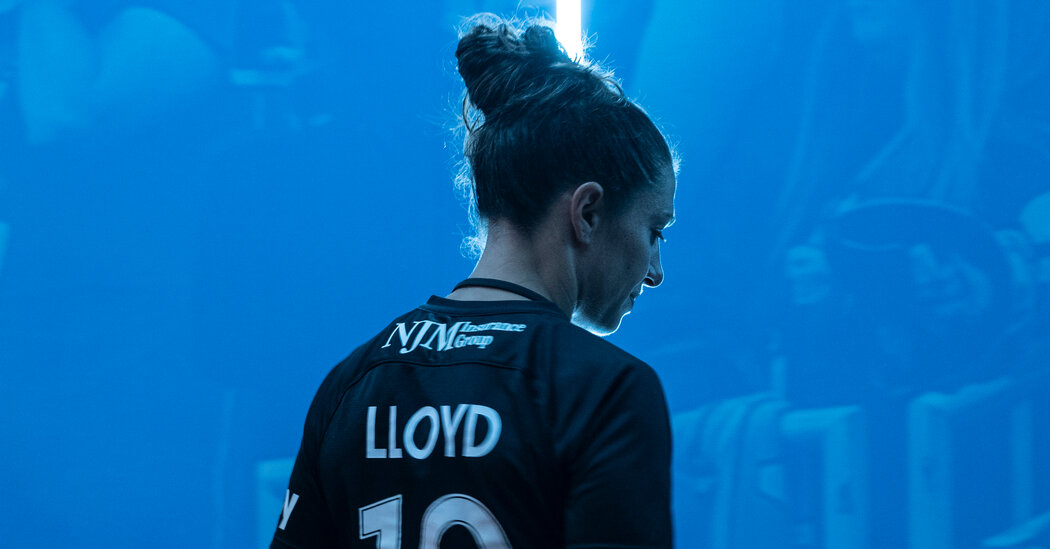 Though some of the cheering fans hadn’t been born when Lloyd scored her famous hat trick at the 2015 World Cup in Canada — all three goals coming within 16 minutes — the magic of seeing her, a hometown hero, seemed exhilarating for everyone at the park.

As Lloyd, 39, approaches the end of her brilliant soccer career, which could come as early as Sunday in a National Women’s Soccer League playoff game between her Gotham F.C. and the Chicago Red Stars, the sport and its fans have found particularly personal ways to send her off with gratitude and respect.

Only eight days before the gathering in Delran, Gotham F.C. hosted the Washington Spirit at a soccer stadium in Chester, Pa., instead of in its regular home, Red Bull Arena in North Jersey. The Chester stadium is not an N.W.S.L. site, but it was as close to Delran as the team could get. And in Lloyd’s farewell season, playing a tribute game near her hometown outweighed any other consideration.

Red Bull Arena would be the site of another tribute game, the regular-season finale last Sunday. During warm-ups at both games, Lloyd’s teammates wore jerseys bearing her name and her No. 10.

On Oct. 26, Lloyd gave a tearful goodbye speech on a field in St. Paul, Minn., where she played her last match as a member of the United States Women’s National Team.

“I am signing off,” she said. “You will not see me on the field, but you’d best believe that I will be around helping this game grow.”

Lloyd finished with 316 caps, representing each international match she played. Only one other women’s player in the world has earned more — Kristine Lilly of the United States, who retired in 2010 with 354. Lloyd scored 134 goals in global competition, ranking third on the U.S.W.N.T. list behind Abby Wambach (184) and Mia Hamm (158), and she also collected 64 assists

Lloyd went to four Olympics and four World Cups, winning twice at each tournament, and she played for a handful of professional club teams, in both the N.W.S.L. and the defunct Women’s Professional Soccer.

For Lloyd’s final regular-season home game, fans filled Red Bull Arena. Living up to expectations, she smashed a header into the back of the net in the 53rd minute and received a thunderous ovation from the fans and her teammates. At her postmatch interview, an inscription on her shin pads was plainly visible: “Better Every Day,” which has long been her personal motto.

At the Delran celebration, as the fireworks wound down and the final chords of John Mellencamp’s “Small Town” faded out, young players from Delran F.C. sleepily gathered their banners and posters and stumbled home on a school night, exhausted from cheering but knowing they got to see and live in the same town as one of the greatest of all time.