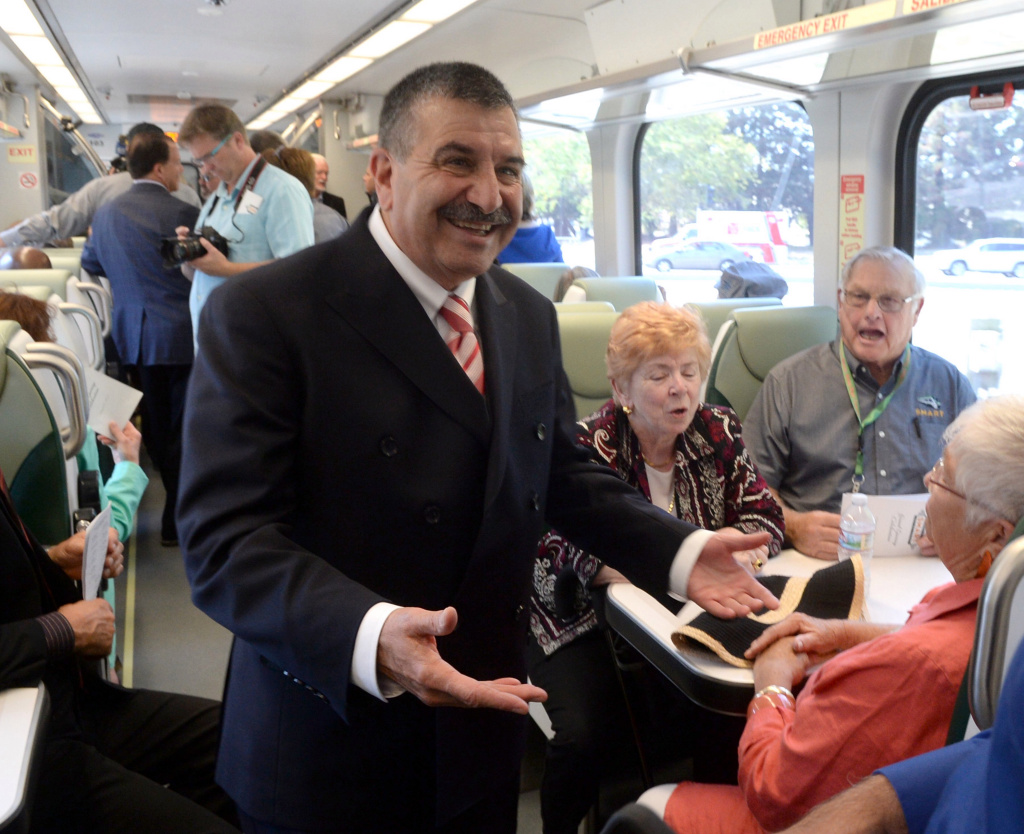 The longtime leader of Sonoma-Marin Area Rail Transit has agreed to remain on staff past his planned retirement date next month to give the agency more time to find his successor.

Farhad Mansourian, the general manager since 2011, will stay as long as the end of the year while the district conducts a nationwide search for his replacement. Mansourian had planned to retire on Aug. 17 after 10 years with the district and 42 years in the public sector, including a period as head of the Marin County Department of Public Works .

The SMART board voted unanimously this week to approve the contract extension. His annual salary is $319,595.

Sonoma County Supervisor David Rabbitt, the chair of the SMART board, thanked Mansourian at the board meeting on Wednesday for providing a “continuity in leadership” at a time when the agency is working to recover from the systemwide shocks from the coronavirus pandemic.

In a written statement on Thursday, Mansourian said, “I am pleased to work with the SMART Board of Directors and extend my retirement to help the district manage its leadership transition.”

No one spoke in opposition to the contract extension on Wednesday.

SMART’s recruitment brochure for the general manager opening advertises a “career-defining” position with a starting salary of $290,000 to $330,000, depending on experience.

The leadership change will come at a time when SMART hopes to recover lost ridership and train service from the pandemic as well as prepare for another tax extension vote to continue its buildout of a planned 70-mile rail line between Larkspur and Cloverdale. The agency’s quarter-cent sales tax provides about 70% of its annual revenue and is set to expire in 2029.

The district’s nearly $700 million rail line spans 45 miles from Larkspur to just south of the airport in Santa Rosa. A planned extension to Windsor is on hold pending funding.

The district aims to extend rail service to Healdsburg and Cloverdale and is eyeing a potential eastward extension along Highway 37 to connect with the Capitol Corridor rail line in Suisun City.

SMART is also expected to take control of freight operations from Napa to Windsor as well as 21 miles of rail from Healdsburg north to the Mendocino-Sonoma County border after receiving approval from the Federal Surface Transportation Board in June. The approval is slated to take effect on Sunday.