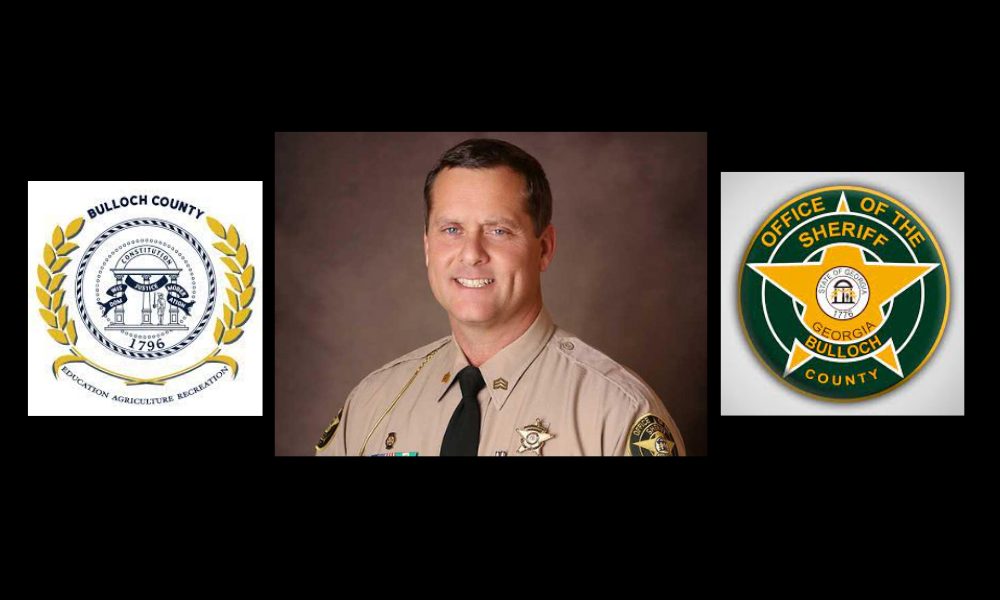 Bulloch County Sheriff Noel Brown appeared before Commissioners Tuesday night to make a request that would benefit not just deputies and jailers under his office, but all Bulloch County employees.

Brown spoke at the regular commission meeting in hopes of convincing the county leaders to reinstate a committee once created to outline full retirement packages for county employees.

“We can do so much better. I know you’ve done a lot. You’ve added percentages, you’ve added money, you’ve done things just for public safety, but what I’d like to see is this: all county employees have better retirement and post-employment health benefits,” Brown told Commissioners.

He was referencing a committee formed back in 2007 or 2008 In 2007 which was ordered to discuss retirement benefits and health benefits for county employees. But individuals were never formally appointed by commissioners and the committee did not meet or produce any reports for consideration by Commissioners.

“It’s time to have a discussion or a consideration by elected officials to take a look at this again,” Brown said.

“I’m getting people to consider to come to work for us, and I’m sure it’s in other departments, the first thing they ask is about health benefits and retirement benefits – can you carry benefits? It’s not just about how much money they’re making, but long term plans and goals,” Brown said.

“What I’m asking tonight is to put those boots on the ground, all these different facts and departments, department heads, get one or two from each, get this committee started again to have the conversation about health benefits and retirement benefits for the men and women in our county government,” he continued.

Brown said he came forward because he cannot institute such a plan without the vote and support of the elected officials on the commission. “Let’s have a conversation and have it discussed in front of y’all when it’s time. I’m asking for a motion to get the committee started once again. Thank you for hearing me out and for time.”

Commissioner Timmy Rushing acknowledged Brown’s presentation and said he and others had been contacted about the issues as well.

“As far as appointing a committee, I do not have a problem doing that right now,” Rushing said. He subsequently made a motion and it was seconded immediately.

During discussion of the motion, County Manager Tom Couch asked for clarification about  what specifically the committee would address. He asked if the committee was to define a county pension plan and discuss post-employment healthcare plans for all county employees, which was affirmed.

Couch also stated that the elected officials would be subject to open meetings act, so in the pre-planning stage, it may make more sense for management to handle the research and conduct a survey of employee perspectives, and then bring more formal recommendations to the board for consideration. County Attorney Jeff Akins echoed Couch’s position, saying it was not to avoid being subject to the Open Meetings Act, but to approach it informally on the committee level. One condition of the Open Meetings Act is ‘regular meeting dates,’ which could be an issue for the committee when it is unclear who will serve.

Sheriff Brown asked how it was done last time.

Chairman Thompson said there were two appointees from each department and they elected their own board members. Akins said back then, the committee was appointed by commissioners.

Couch said it may be better for employees who may have “strong feelings or opinions” about the subject matter if they weren’t discussing it in open meetings. “I think it allows everybody to speak freely and hear ideas more openly,” Couch said.

Couch also said the reason the retirement benefits tanked over a decade ago was because of the Great Recession and financial restraints. He said momentum was lost and it was not brought up again. He said he was open to exploring it.

Akins also mentioned that commissioners could not appoint a committee on the spot because they were not aware of who would be willing to serve.

Couch eventually recommended that commissioners give consent, even though it was not in the form of a formal vote, to create a study committee on retirement planning and post-retirement health benefits. The study committee will make recommendations and present them to the Board for formal consideration. The Board will then have the opportunity to amend the recommendations or reject them entirely.

Commissioners agreed and Rushing rescinded his motion. Ultimately, the decision was to allow employees to lead the way and construct how retirement and post-employment health benefits would work in their best case scenarios. What that will cost the county will be determined at a later date.

In some counties, such as Jackson, Barrow, and Banks counties which are similarly sized and situated to Bulloch, defined benefit contributions lead the way for employee benefits plans, including allowing employees to retire at age 62 but carry the health insurance plans to age 65 and even offer supplemental insurance for Medicare plans. The City of Statesboro also has a defined benefits plan for its employees. Specifics such as those were not mentioned Tuesday night, however, and will be left up to the committee.

As a constitutional officer, the Sheriff would not benefit from any plan enacted by commissioners.