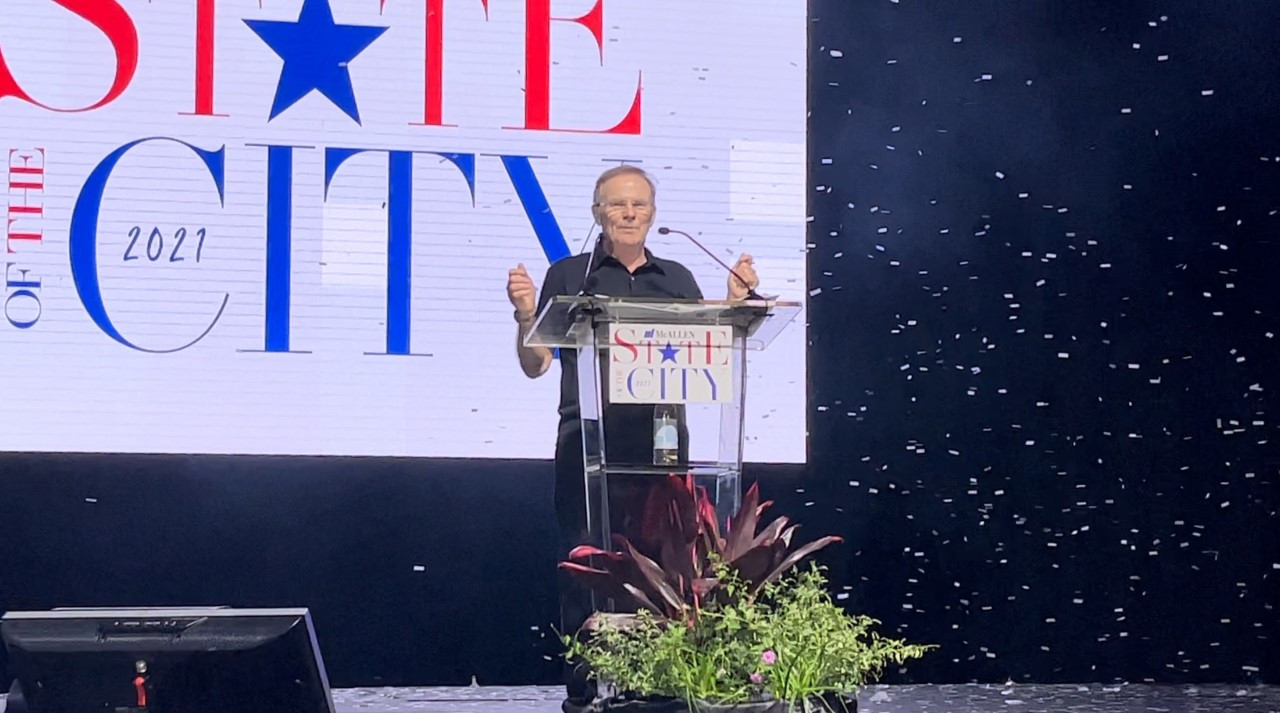 Runoff election for mayor of McAllen slated for June

McALLEN, Texas (Border Report) — Two-term McAllen Mayor Jim Darling had hoped to retire by next week, but a weekend election resulted in a runoff between candidates and that means Darling will hold the post of running this South Texas border city well into June.

Darling has been mayor since May 2013 and has weathered three immigration surges and separation of families during his time in office. Last week, he gave what he thought was to have been his final public speech during the annual State of the City address, during which he said lawmakers in Washington, D.C., just don’t understand border dynamics, economics or politics.

Known for his humor and frankness, Darling performed an impromptu dance number to the “Dirty Dancing” movie theme song “(I’ve Had) Time Of My Life,” telling the crowd afterwards that “God has placed us next to the great place of Mexico.”

A South Texas transplant who is originally from New York, Darling said, “I challenge the next mayor and new commissioners to build on these relationships and provide help.”

“We’re handling what’s brought to us. We’re a safe city. Our citizens feel safe and y’all come down because it’s a bunch of baloney that’s going on national TV,” Darling told over 1,000 people Wednesday who took part in the State of the City address at the McAllen Convention Center.

But none of the five candidates vying for his position received over 50% of the votes during Saturday’s election and a runoff election is slated between the top two finishers: City Councilmembers Javier Villalobos and Veronica Vela-Whitacre, who also serves as mayor pro tem.


McAllen mayoral candidates weigh in on immigration influx during debate

Villalobos said during a debate leading up to the election that the immigration surge is a threat to public safety and he praised efforts by local nonprofits like Catholic Charities of the Rio Grande Valley, which has been ensuring that all migrants released from DHS custody test negative for coronavirus before going into the community or traveling into the interior of the United States.

Vela-Whitacre asked local residents to empathize and show compassion for the asylum-seekers.

On May 10, the McAllen City Secretary will canvas the election results. And then commissioners will vote to approve the run-off election, which the city spokeswoman told Border Report is expected to be held on Saturday, June 5.