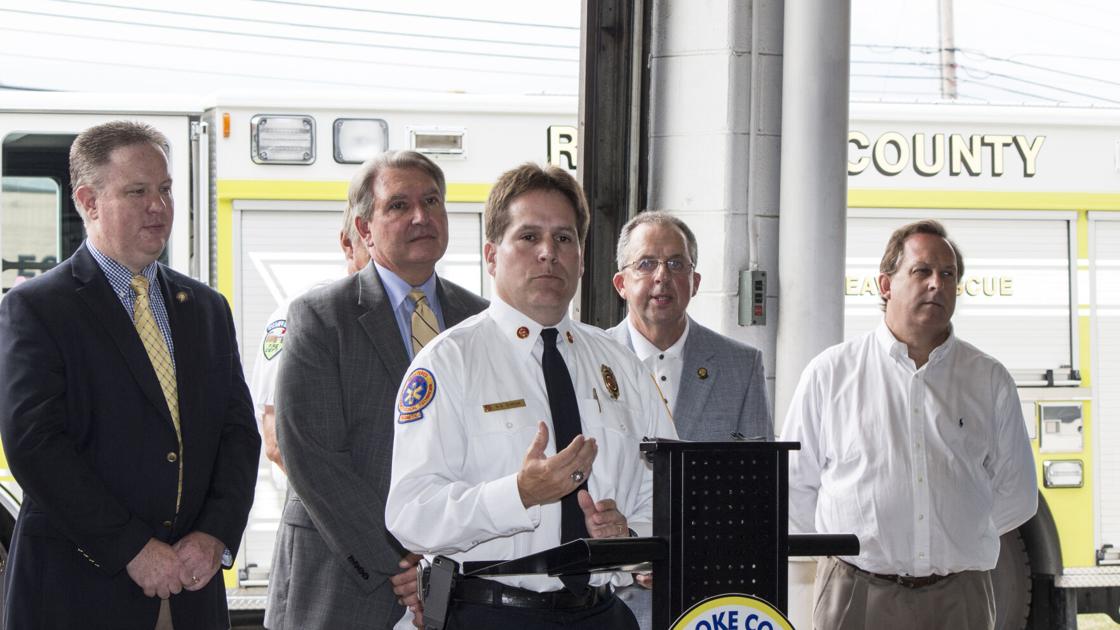 “We had a fire in a house and a young girl, based on the training she received from our department through school, was able to get her older brother and herself out, and escape to another house,” Simon said. “If not, they could have possibly perished in the fire.”

The job at its most basic is about helping people, Simon said.

“All the wrecks that I’ve been on, all the traumatic events I’ve been on, when you can make someone better so they can survive until the hospital, going and helping people when there’s been fires at their houses, reducing the damage they have,” Simon said. “All of those things are just so powerful for someone.”

Some days, amid the stresses of being fire chief, the going gets tough, Simon said.

“You chase perfection, never obtaining it, but along the way you attain excellence,” Simon said, referring to a quote by famed football coach Vince Lombardi. “That’s what I think our department has done, and I’m very proud to be associated with it.”

In trying times, the words of Lombardi and passages from another playbook beckoned back the passion for Simon.

“A number of his quotes I had up in my office, and I’d look at them some days when I was having that struggle day,” Simon said. “I might pull out my little Bible and read a verse, or I might look on the wall, look at one of those quotes.”