Riverside police chief to retire in May 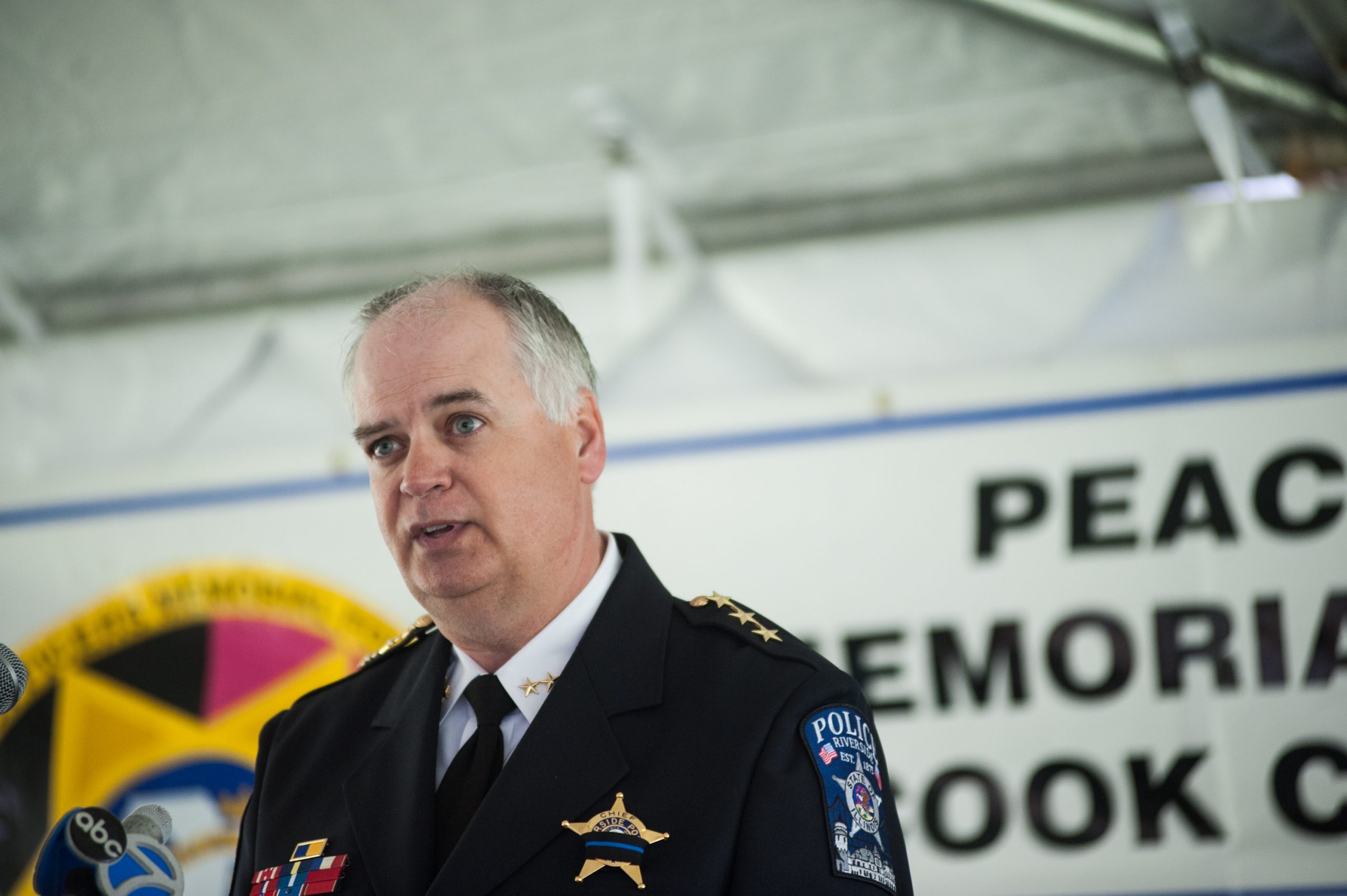 Thomas Weitzel, who has served as a police officer in Riverside for 37 years – the last 13 as the department’s chief – will retire from the post this spring when his contract expires, he announced Monday morning.

Riverside President Ben Sells said Weitzel informed village department heads at their weekly staff meeting on Feb. 15 and followed by informing his officers. His last day on the job will be May 20.

“Chief Weitzel has stood for courage, compassion and decency since his first day on the beat in 1984,” said Sells in an email to the Landmark. “He has been a leader for law enforcement policies that have always put citizens first. Although he will be missed, his character and reputation will remain deeply embedded in the Riverside Police Department as an enduring reminder of what it means to serve and protect.”

In a letter to Village Manager Jessica Frances and Sells last week, the 59-year-old Weitzel thanked the entire community for the support from residents and officials that he and his officers have received during his career.

“The support that I have received as a member of the Riverside Police department will never be forgotten,” Weitzel wrote. “It is comforting for me to know that as I depart from my role as police chief, the community is being left with a police department that is well equipped, trained and committed to serving the needs of Riverside.”

The police chief is a position hired by the village manager in Riverside, and it is unclear exactly how the search for Weitzel’s replacement might be conducted. Weitzel himself came up through the ranks in the department. He was named acting chief in October 2007 upon the retirement of former Chief Eugene Karczewski and promoted to the job permanently in January 2008.

Riverside has not always hired its chief from within. Weitzel’s predecessor, Karczewski, was a retired Chicago police officer when he was hired to lead the small suburban department.

Karczewski recommended Weitzel to replace him and said he was glad the village board agreed with him.

“Tom clearly has the leadership, integrity and common sense for this position, and I know the men in the department are pleased with this decision,” Karczewski said in July 2007. “When you have someone come from within, that’s clearly a sign that things are going right.”

A River Forest native, Weitzel graduated from Oak Park and River Forest High School in 1980 and earned an associate’s degree from Triton College before landing a job as a police officer at Brookfield Zoo in 1982.

Two years later, Weitzel was hired in Riverside as a patrolman. He was also one of just a handful of officers to wear a bulletproof vest, and in 1987 while working the midnight shift it saved his life.

That August, he approached a parked car that was parked illegally and had no license plates at around 3:15 a.m. As he got within five yards of the car, s man stepped out of the driver’s side door and fired a shotgun point blank.

Although he spent a day recovering from the blast, the vest had stopped the shot. That October, Village Trustee Joseph DiNatale personally presented Weitzel with a Kevlar/DuPont Survivors Club Award, named after the manufacturers of the vests.

Weitzel was promoted to sergeant in 1997 and lieutenant in 2003. Later in 2003, Karczewski named Weitzel his assistant chief of police. Weitzel attended the FBI National Academy in 2004 and has held leadership positions in both suburban and state associations for police chiefs.

He has also lobbied the state legislature on behalf of Illinois chiefs for law enforcement legislation as well as funding for early childhood education programs.

While acknowledging 2020 as a particularly demanding year for police, between the COVID-19 pandemic and the national and local fallout following the death of George Floyd at the hands of Minneapolis police last summer, he said those challenges did not influence his decision to retire now.

“They were very difficult times, but I never considered leaving during that time,” Weitzel said. “I wanted to be there to lead my department.”

In the midst of those challenges, Weitzel also began advocating for a change in the way municipalities approach emergency calls, advocating for the creation of mental health professionals to respond to non-violent incidents or work in tandem with police officers on cases involving mental health issues.

Since last summer, he has asked state officials to fund such policing alternatives and has also worked with Riverside Township officials and local mental health organizations to find resources for those efforts.

“As law enforcement starts to change, which I am for, I think I’ve been able to lead my department into that next step,” Weitzel said.

Despite the changes those in law enforcement face, Weitzel has imbued his love of policing into his family. His three sons are all police officers – two in North Riverside and one in Lockport – and he has a brother, Mike, who is a sergeant with the Grundy County Sheriff’s Police.

“We still have tremendous public support, but that doesn’t mean we don’t have to change,” Weitzel said. “The last year has only reinvigorated me to get out and lead.”

Weitzel said he does not have another job lined up at the moment, though he is open, to working either full time or part time in the future. He said he’s going to take a month off after retiring to reassess his options.

One thing that ought not to stop, he said, was transforming police departments so they meet the needs of those they serve.

“Like any profession, we need to adapt and change the way we serve,” Weitzel said. “I’ve believed in open and transparent policing and government long before it was a fashionable thing. Some agencies have found they are lacking and they need to step up.”