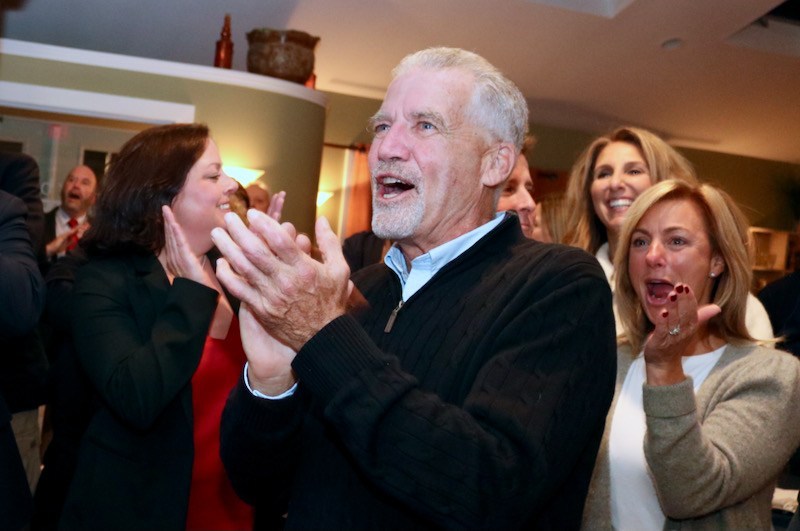 The Jamesport resident and his wife Maureen are moving to Florida.

The post-retirement move was something they’d planned but, Haas said, “COVID-19 pushed everything up.”

The pandemic has made it extremely difficult for Maureen Haas to operate her title examiner’s business, he said. It’s become very time-consuming, with offices not being open all the time and access limited due to occupancy limits.

Haas said he plans to do a lot of fishing and crabbing and golfing. “And I’m getting back into scuba diving,” he said. He also looks forward to doing a little traveling and seeing more of his children, grandchildren and three great-grandchildren.

One thing not on the horizon for Haas is getting involved in local politics in Florida, he said. “My wife already warned me,” Haas said with a laugh.

In addition to holding elective office, Haas is a former Riverhead Republican Committee chairman. But his community involvement has gone well beyond politics. He is a commissioner and longtime member of the Jamesport Fire Department, a member of Riverhead Volunteer Ambulance Corps and a member of the board of Heidi’s Helping Angels, an organization established in memory of Riverhead EMT Heidi Behr, who was killed in the line of duty in an ambulance crash on Main Road in Aquebogue in May 2005.

“I’m going to miss Riverhead,” Haas said. “It’s a great town, a great community with a big heart, as you can tell by all the fundraisers and how people rally around neighbors in need,” he said.

Haas was re-elected to a four-year term in 2019. The town board will appoint someone to fill the vacancy created by his departure. Haas is the second veteran assessor to leave the three-person board in the past two years. Paul Leszczynski, who served in the post for 21 years, retired at the end of 2019. Laverne Tennenberg, chairperson of the board, was first elected in 1989 and was elected to her eighth four-year term in 2017. Tennenberg is up for re-election this year.

We need your help.
Now more than ever, the survival of quality local journalism depends on your support. Our community faces unprecedented economic disruption, and the future of many small businesses are under threat, including our own. It takes time and resources to provide this service. We are a small family-owned operation, and we will do everything in our power to keep it going. But today more than ever before, we will depend on your support to continue. Support RiverheadLOCAL today. You rely on us to stay informed and we depend on you to make our work possible.