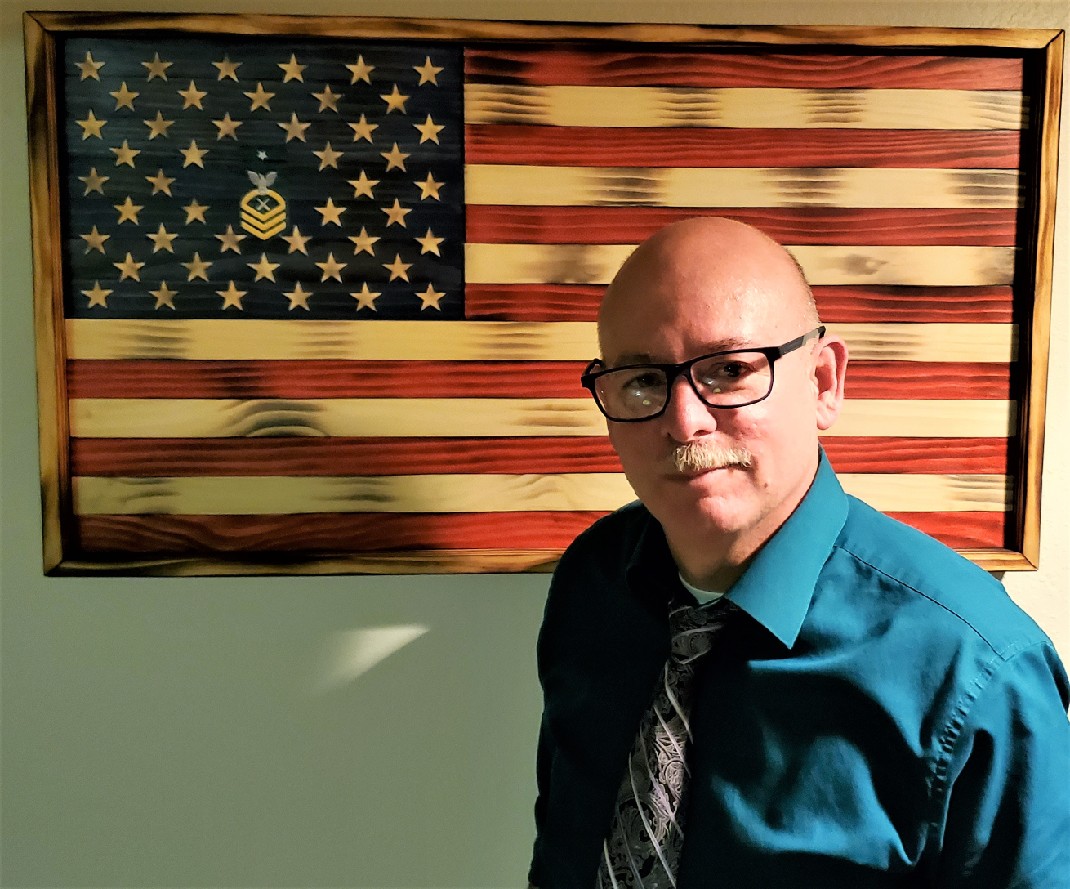 Following his graduation from Hermitage High School in 1987, Vincent Rost Jr. spent two years pursuing his education at Southwest Baptist University in Bolivar followed by time invested working different jobs in St. Charles. However, during the summer of 1991, he realized he needed a central mission in his life and made the bold decision to enlist in the U.S. Navy.

“I believed in the Constitution, and I was raised in a patriotic family,” Rost said. “I also had an uncle who was a Navy veteran, and since I also needed a job at the time, it just seemed the appropriate thing to do.”

Arriving at the Great Lakes Naval Training Station in Illinois in August 1991, the young sailor graduated as the honor recruit from his basic training several weeks later. He was then granted a choice in the specialized training he could attend, deciding upon becoming a 5-inch gun technician.

He explained, “My first choice was to be a missile tech, but there weren’t any slots available at the time. Instead, I chose the 5-inch gun because it was the newest automated gun in the fleet and would help me keep current with naval technologies.”

Rost remained at Great Lakes for several months of initial ordnance training prior to transferring to his “C School” (advanced training) at Little Creek, Virginia. It was here he was provided with a detailed education related specifically to the 5-inch gun mount in addition to its operation, trouble-shooting and maintenance.

When finishing the school, he reported to his first duty assignment aboard the USS Cape St. George — a state-of-the-art guided missile cruiser that was at the time being built by Litton-Ingalls Shipbuilding Corporation in Pascagoula, Mississippi.

“The ship became the best team that I was ever part of,” Rost said. “It was about a 300-person crew, we all held each other accountable and won just about every accolade that was out there.”

A highlight of his time with the ship was the opportunity to support the Coast Guard, DEA and Special Ops in the seizure of a vessel attempting to smuggle 10 tons of cocaine into the U.S. Additionally, he explained, in the latter part of 1995, the ship deployed to the Adriatic Sea in support of Operations Deny Flight and Sharp Guard.

He was then assigned as a U.S. Navy recruiter in Jefferson City from 1996-99, falling in love with the town while working with local community leaders and the Naval Sea Cadets on various activities. From there, he received orders to return to the East Coast for assignment as the chief gunner’s mate aboard the USS Howard — a new guided missile destroyer.

While aboard the vessel, he worked to help develop force protection measures meant to mitigate outside threats to U.S. Navy vessels following such incidents as the bombing of the USS Cole a few years earlier. He also had the opportunity to work with SEAL teams in the training of boarding parties.

“The next step of my career came in 2004 when I was transferred back to Great Lakes to help train recruits,” he said. “That’s where I was stationed for the next three years, and it became one of the best experiences I ever had in leadership and human behavior.

“I was also promoted to senior chief petty officer while I was there,” Rost said.

The next step in his career came in 2007 when he was accepted into the training program to become a pilot for the LCAC — Landing Craft Air Cushio — which was a large hovercraft used by the U.S. Navy. Completing his amphibious training and certification at Joint Expeditionary Base — Little Creek at Virginia, Beach, Virginia, he was soon applying his newly acquired skills.

“I became the leading chief petty officer of a detachment of five hovercraft assigned to the USS Iwo Jima,” Rost said. “We deployed to the Persian Gulf in the summer of 2008 and completed exercises with a Marine Expeditionary Unit. Our mission was to transport their personnel and equipment between naval vessels and designated landing sites.”

Shortly after returning from the deployment in 2009, he transferred to the USS Arleigh Burke — a guided missile destroyer — where he finished out his career as the leading chief petty officer of the weapons department before retiring as a senior chief petty officer in 2011.

While still in the Navy, he was able to earn his bachelor’s degree in history and political science followed by his master’s degree in human resources. When receiving his honorable discharge, he and his wife, Carolyn, whom he had met while on recruiting duty years earlier, made the decision to settle in Jefferson City.

Not one to rest on any past achievements, he went on to earn his second master’s in criminal justice. In 2013, Rost was hired by the Division of Probation and Parole, with whom he is currently employed as district administrator for three counties and the institution parole officer at the Algoa Correctional Facility. From 2016-18, he served as commander of American Legion Post 5.

His time in the Navy, he explained, was a transformative period in his life that has provided a greater appreciation of what it means to be of service to others.

“The Navy truly showed me the kind of person that I was and could become,” the veteran said. “I can remember that when our ships pulled into ports, we would do some kind of community service and I later realized that it was something that I enjoyed doing.

“I gained some great skills that allowed me to do some wonderful things for people and that gave me a lasting sense of fulfillment,” he said.

Jeremy P. Ämick writes on behalf of the Silver Star Families of America.