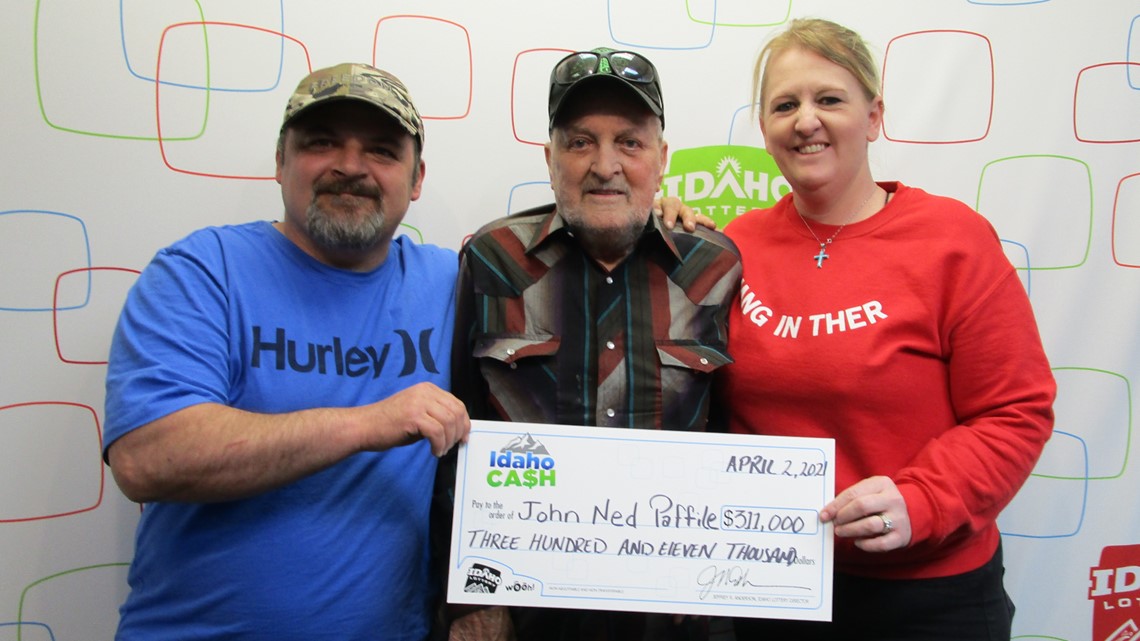 BOISE, Idaho — A retired truck driver from the Lewiston is the latest big winner in the Gem State, the Idaho Lottery announced Monday.

Lottery officials says J. Ned Paffile claimed a $311,000 prize on the Idaho Cash game at the Lottery offices in Boise on Friday, April 2.

Paffile worked as a long-haul truck driver for his family’s produce farm all his life before retiring.

Paffile says he is regular lottery player. His winning ticket is for the Idaho Cash drawing on March 21. He had the clerk at Albertsons check his tickets and the clerk said he would have go to Boise to claim the ticket.

Paffile said he plans to use his winnings to make retirement a little easier, fix his house, and maybe purchase an old-fashioned, lever action rifle.